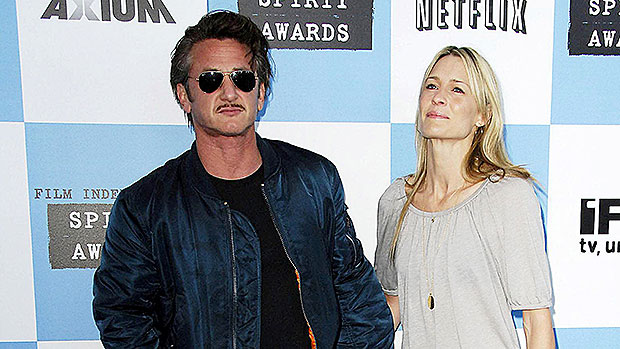 Robin Wright and Sean Penn have been spotted together once again. The exes, who divorced in 2010 after two kids and a 14 year marriage, were seen catching up in Los Angeles on Friday, January 20, in the photos published by Daily Mail. Robin, 56, stayed casual in a gray sweatshirt, sneakers and jeans as she smiled approaching her ex-husband, 62. The actor echoed her vibe in jeans and a white t-shirt along with a black vest. Robin kept a low profile with a pair of black sunglasses and hair in a ponytail.

The hangout comes just a week after the pair were curiously seen taking a trip together out of Los Angeles International Airport. They were seen going down an escalator as they rolled and carried their own bags on Martin Luther King Jr. Day long weekend, which marked the first time the two had been pictured together in years. They then were seen waiting for one car to pick them up as they headed to their destination in LA, where they both live.

The trip also comes a year or so after their respective divorces: she reportedly filed for divorce from Clement Giraudet, 38, in July 2022, while Sean filed for divorce from ex wife Leila George, 30, in Oct. 2021 after just a year of marriage. Of course, Robin and Sean share two kids together: daughter Dylan Penn, 32, son, Hopper Penn, 29. Hopper is set to star in a new film with mom Robin, Devil’s Peak, which is based on the book Where All Light Tends to Go by David Joy. Dylan has also appeared on-screen with her father in 2021’s Flag Day — so it’s entirely possible the exes were also meeting to discuss their kids and work related projects.

Four years after the divorce from Sean, Robin opened up about the “devastating” experience. “Divorce in and of itself, and with children, is devastating. Worse than that. One of the reasons why we got back together and broke up so much was trying to keep the family together. If you’ve got kids, it’s a family, and you try again, and you try again. We did that for a long time,” she said to The Telegraph. at the time.