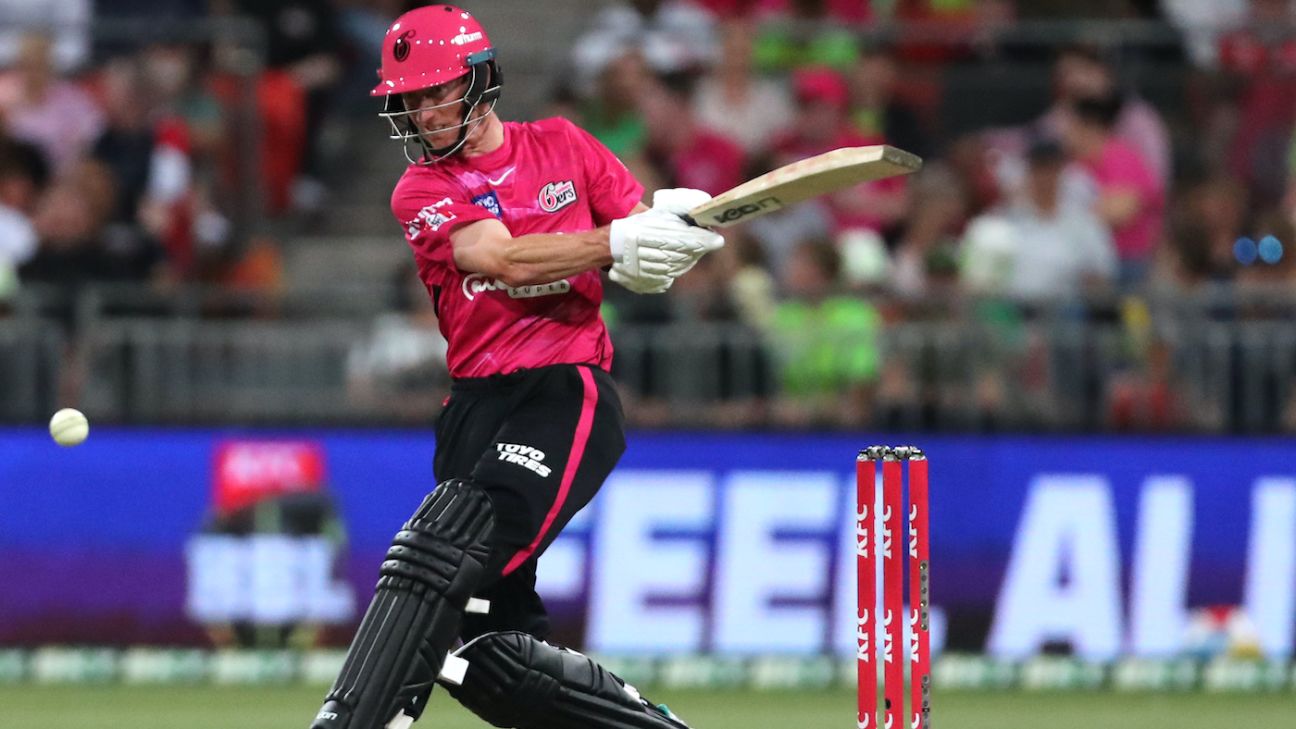 Paceman Abbott spearheaded a strong Sixers bowling effort as they restricted Thunder to 133 for eight in their Sydney Smash derby at Sydney Showground Stadium.

Sixers slumped to 25 for three after four overs, but middle-order linchpins Silk and Henriques took control of the game with an unbroken fourth-wicket stand of 109 off 75 balls.

Silk (59 off 42) and Henriques (53 off 38) displayed their experience, working the ball into gaps for singles and hitting the occasional boundary when the Thunder bowlers erred.

It was Silk’s first BBL 50 of the season and Henriques’ highest score in this season’s campaign.

The win, which was achieved with 3.4 overs left, lifted the Sixers above the Scorchers to first, though Perth have two games in hand. Thunder, who lost for the first time five games, dropped to fourth on net run rate below Melbourne Renegades.

Both innings started in a similar fashion in front of almost 21,000 spectators. Thunder crashed to 12 for three inside the first three overs, with all three dismissed batters trapped lbw.

A fourth wicket stand of 64 between Alex Ross (34 off 34) and Sam Whiteman (42 off 34) in his first BBL game of the season, revived the Thunder innings.
The Sixers regained the initiative by taking 3 for 17 but some lusty late innings hitting from Ben Cutting (26 not out from 15 balls) boosted Thunder’s total.

Abbott (3-9 off four overs) bowled 17 dot balls and boosted his haul for the season to 16, joint second-highest along with the Scorchers Andrew Tye and the Strikers Henry Thornton.

Thunder needed quick wickets and like the Sixers struck three times in the powerplay.

Captain and spinner Chris Green (2-29 off four) had Josh Philippe caught at slip in the second over and Cutting took a fine leaping catch at third man off Brendan Doggett (1-23 off four) to remove James Vince.

Green then had the recalled Kurtis Patterson caught in the deep.

English internationals Hales, Vince and Sixers paceman Chris Jordan were all playing their final game of this season’s BBL.