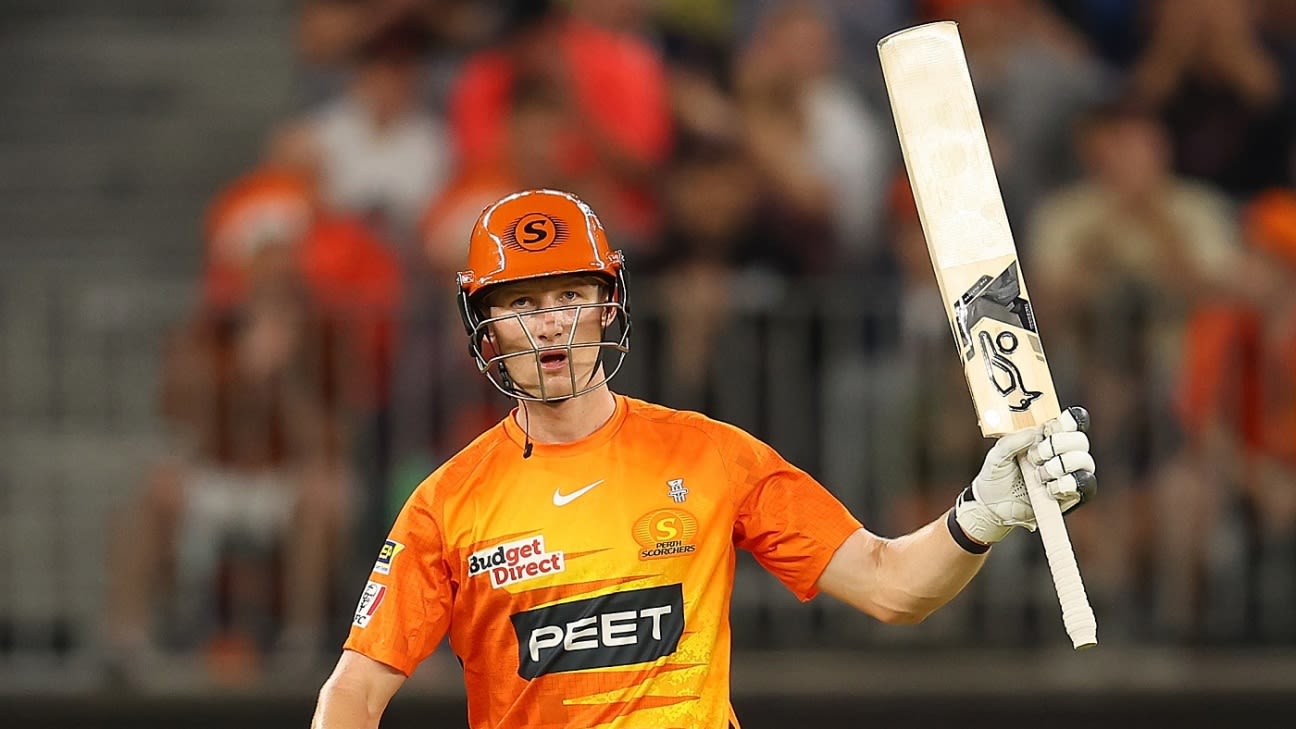 Bancroft was playing just his third BBL clash of the season after being squeezed out of the side by Faf du Plessis and Adam Lyth for much of the campaign. But with du Plessis now having joined the SA20 and Lyth dropped following a horror run of form, Bancroft looms as a key player in the Scorchers’ bid to win back-to-back titles.

Bancroft cracked seven fours and two sixes, combining with Hardie for a 111-run stand that set up the win. Hardie was brutal with five fours and three sixes before being run out in the 12th over.

The result lifted the Scorchers back to the top, with the Heat seventh after posting just two wins from their first eight games.

Heat made a dream start to the match thanks to their departing import Colin Munro. Munro, who will link up with the ILT20 next week, blasted three fours and three sixes on the way to posting 45 off 26 balls. He combined with Josh Brown (34 off 21 balls) to lift the Heat to 81 for 0 by midway through the eighth over.

But Scorchers’ attack hit back strongly, with Andrew Tye (3 for 37), Matt Kelly (2 for 28), and Lance Morris (2 for 40) sparking a collapse of 9-90. Heat only scored 25 from their final four overs, losing three wickets in the last over as their search for quick runs at the death fell flat.

Morris was pummelled for 16 off his first over, but the speed demon bounced back with the scalps of Munro and Jimmy Peirson (23 off 19 balls).
The return of Morris from Test squad duties helped offset the loss of Jhye Richardson, who is set to miss two to three weeks with a hamstring injury.