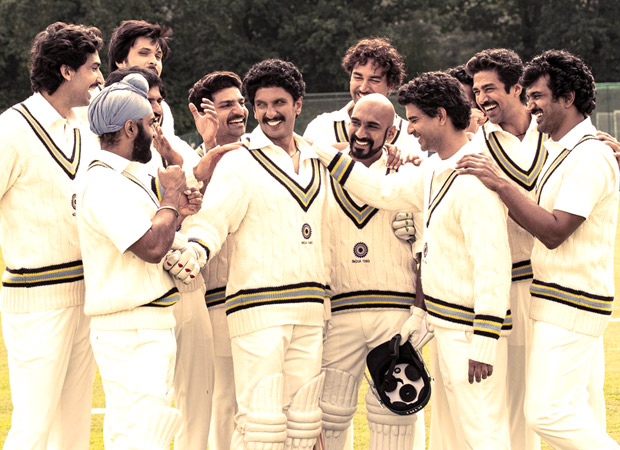 The pandemic led to the postponement of innumerable films. But two films that got postponed just before their planned releases were Sooryavanshi and ’83. While Sooryavanshi, starring Akshay Kumar and directed by Rohit Shetty, finally released on post-Diwali day, on November 5, all eyes are on ’83. The cricket period biopic is helmed by Kabir Khan and features Ranveer Singh as the iconic cricketer Kapil Dev.

’83 releases exactly a month from now, on December 24. Its theatrical trailer has been much awaited for more than a year as it carries excellent buzz. In fact, since many days, social media is abuzz with fans demanding when the trailer will be out.

RHN has now found out when the long-awaited promo would be out next week. A source told us, “The theatrical trailer will be unveiled on December 1, 2021. The makers are confident that releasing the trailer 24 days prior to the release of the film will be more than enough and that audiences are sure to throng cinemas in hordes.”

In March 2020, RHN was the first one to report that the trailer launch of ’83 would be a grand affair and that it would be held at the sprawling MMRDA grounds in Mumbai. This was a time when the film was scheduled to release on April 10, 2020. However, the plan of the event was cancelled due to rising cases of Covid-19 in the country.

A trade expert said, “Sooryavanshi’s trailer was out since March 2020 and viewers knew what to expect from it. In the case of ’83, only the posters and stills are out. Yet, the film has always been one of the most awaited films as it is about Team India’s unbelievable victory in the 1983 Cricket World Cup. Not just youngsters but even the older generation are eagerly waiting to see it as the latter had witnessed how India won against all odds. And the casting of Ranveer Singh as Kapil Dev and his wife Deepika Padukone as Kapil’s better half Romila has added to the excitement. After Sooryavanshi, it is the only Hindi film of 2021 which is expected to emerge as a Rs. 100 crore plus grosser.

Also Read: Ranveer Singh’s ’83 and Keanu Reeves and Priyanka Chopra starrer The Matrix Resurrections to clash at the Box Office this Christmas