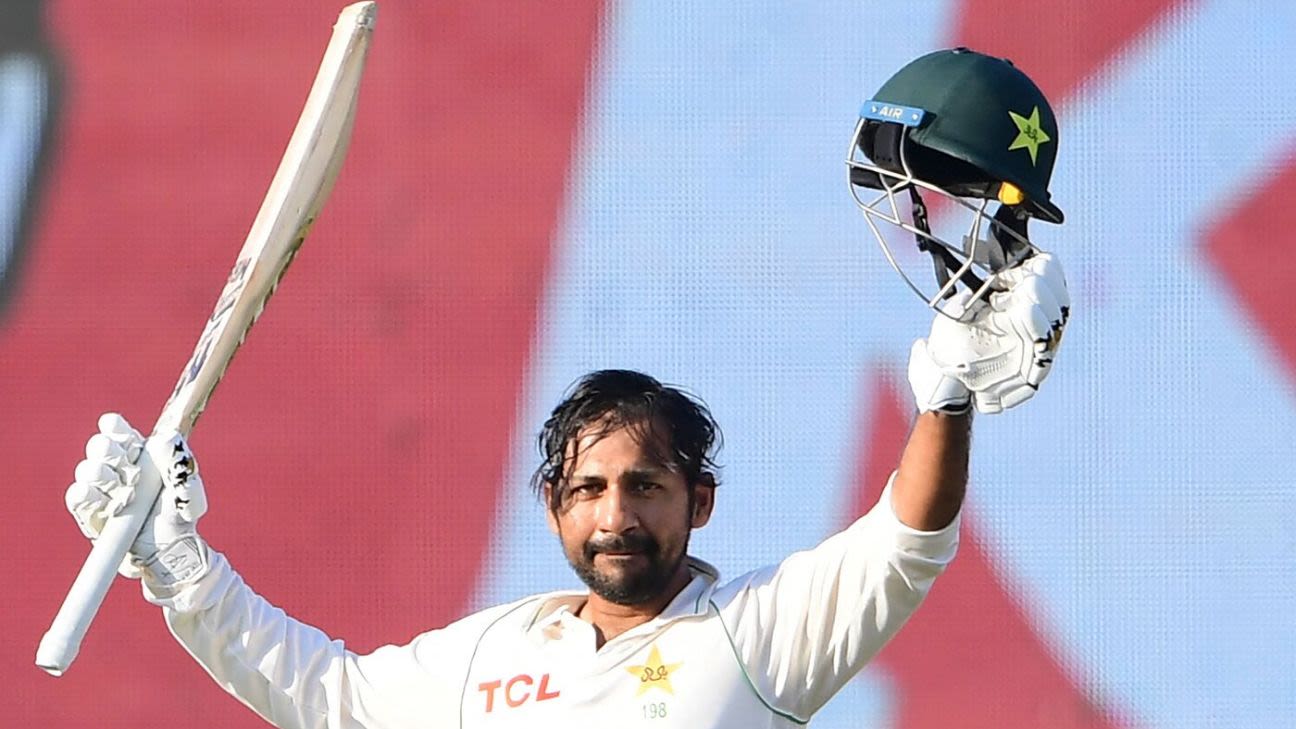 Sarfaraz Ahmed has said that his fifth-day century that almost helped Pakistan pull off an epic chase against New Zealand in Karachi on Friday was the best in his Test career.
Speaking at the post-match presentation after bad light forced a draw with Pakistan needing 15 more runs to chase down 319 and New Zealand a wicket away from victory, Sarfaraz said that batting in the fourth innings is always a difficult task.

“Definitely I have more hundreds, but this was a fourth-innings hundred and in the fourth innings, it is not easy to bat anywhere in the world. So I think this is my best hundred,” he said.

Sarfaraz came in to bat with Pakistan four down for 77, at the fall of Babar Azam‘s wicket. Two overs and three runs later, Shan Masood was also gone.
Sarfaraz went on to score 118, batting close to five hours, to take Pakistan to the brink of victory before he gloved one down to leg slip off Michael Bracewell.
The century capped a remarkable comeback for Safaraz. Having lost his place in the XI in January 2019, for four years he was on the fringes of the Test set-up but could not break back in. Now, picked ahead of the out-of-form Mohammad Rizwan, he notched scores of 86, 53 and 78 before registering his fourth Test century.

“I have been there with the team for four years and unfortunately I did not get a chance but whatever cricket came my way, my effort was to keep playing my game and keep giving performances and if Allah wants then I would get an opportunity and I did get an opportunity,” he said.

Sarfaraz said he was very tense, but captain Babar and his team-mates gave him confidence.

“I backed my form from domestic cricket and had a good performance.”

Sarfaraz played the role of aggressor as he put on a 123-run partnership with Saud Shakeel. Once Shakeel fell, he put on a 70-run stand with Agha Salman, but he said that once those two got out, he had to go on the back foot.

“The effort was that when there were 140 runs left, the message from the team management and the captain was that you go after the ball,” Sarfaraz said on the team’s tactics on the final day. “But when the two wickets fell, I had to go a little on the back foot. But if those wickets hadn’t fallen then, the result could have been a better one for us.”