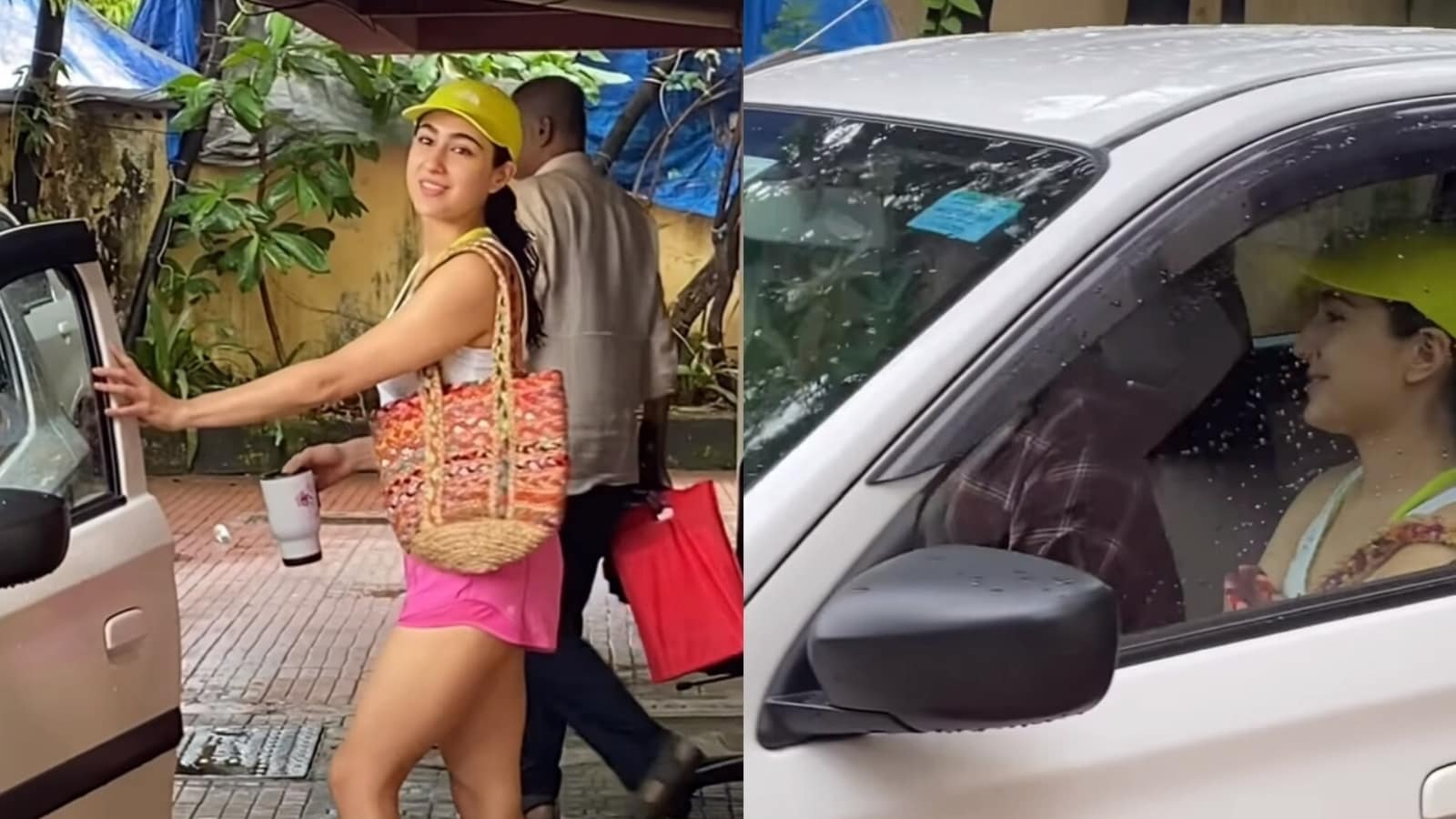 Actor Sara Ali Khan left fans surprised with her latest video. She was spotted exiting her gym class and taking a Maruti Suzuki Alto. She was dressed in a white tank top, paired with pink shorts as she appeared in a no-makeup look. Also read: Karan Johar reveals why he praised Janhvi Kapoor over Sara Ali Khan on KWK

In the video, Sara is seen walking toward the car while holding a cup in her hand. She also carried a bag while she waved toward the paparazzo stationed outside the premises. She posed for a few seconds before getting inside the car with.

The video has earned mixed reactions from fans. While someone sarcastically commented, “She’s down to earth ‘financially now,’ another one added, “respect for da woman…let them live der lives in der terms!” “She is trying to copy Ratan Tata Ji,but the difference is that Ratan tata doesn’t need a publicity but she is doing it for publicity,” added a different social media user.

Sara Ali Khan is the daughter of Saif Ali Khan and his ex-wife Amrita Singh. While she is the sister of Ibrahim Ali Khan, she also shares close bond with half brothers, Taimur Ali Khan and Jehangir Ali Khan.

The actor made her Bollywood debut with Abhishek Kapoor’s 2018 film Kedarnath. In the film, she starred opposite Sushant Singh Rajput. Sara played the role of Mukku aka Mandakini, the daughter of a pandit, who falls in love with a Muslim pithoo (porter), played by Sushant. The story revolves around how the two lovers’ romance gets tested by her bigoted parents and the wrath of nature. It’s inspired by the Uttarakhand floods of 2013.

Sara will be next seen in Laxman Utekar’s upcoming untitled film with Vicky Kaushal. She is also a part of Gaslight with Vikrant Massey and Chitrangada Singh. The actor was last seen in Aanand L Rai’s Atrangi Re, co-starring Akshay Kumar.