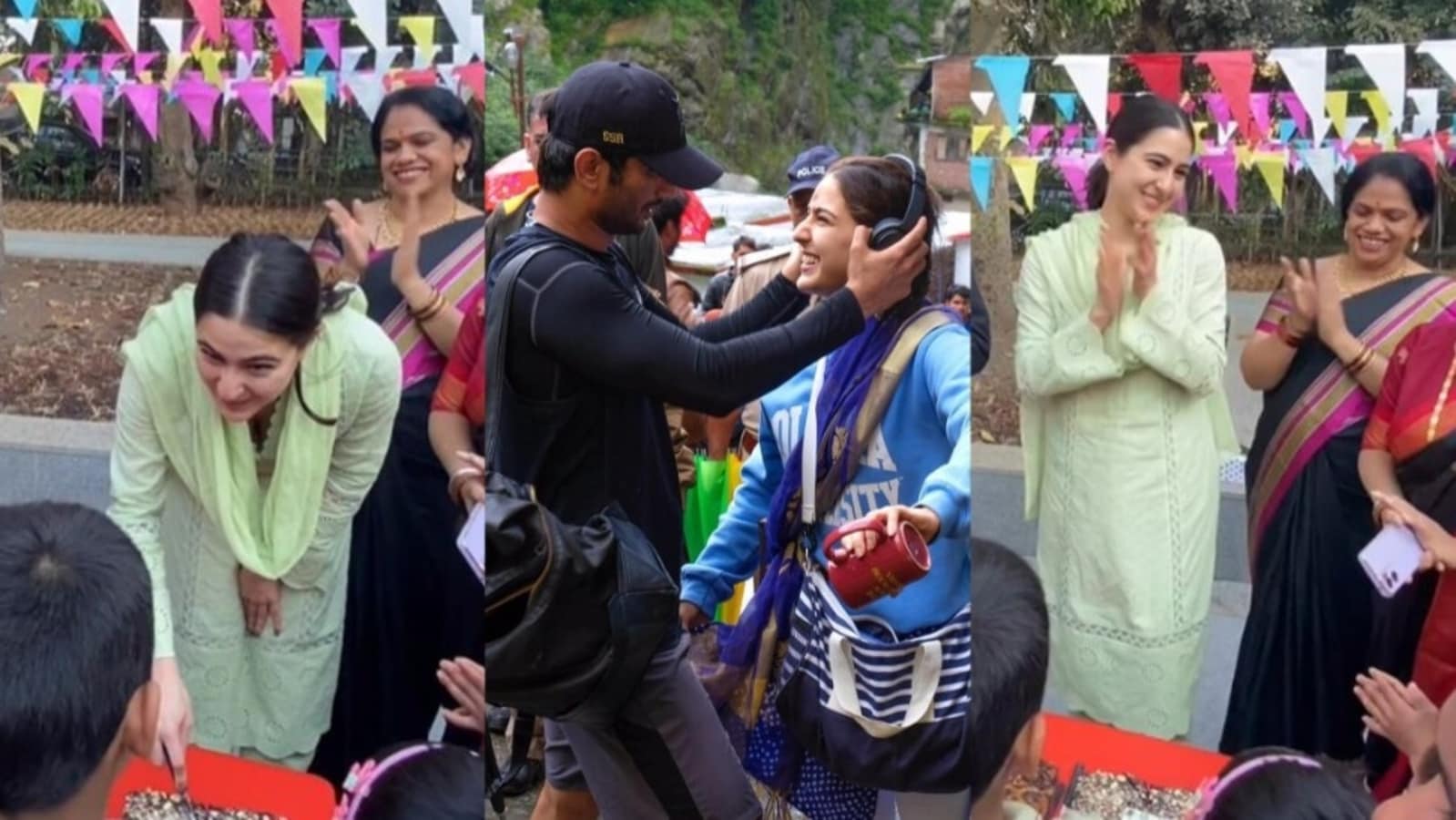 Actor Sara Ali Khan celebrated the birth anniversary of the late actor Sushant Singh Rajput with the children of an NGO. Taking to Instagram on Saturday, Sara posted a clip in which she cut birthday cakes. Along with the kids, Sara Ali Khan sang the birthday song for Sushant. For the occasion, Sara wore a green suit and tied her hair back. (Also Read | Rhea Chakraborty, Sushant Singh Rajput pose together in throwback pics)

After cutting the cakes, Sara also clapped and smiled along with the several other people around her. The venue, an NGO, was seen decorated with strings of colourful flags. Sharing the video, Sara captioned the post, “Happiest Birthday Sushant (red heart and cake emojis). I know what making other people smile meant to you.”

She also added, “And while you’re watching over all of us, up there next to the rising new moon, I hope we’ve made you smile today too. Shine on (dizzy symbol, milky way, ringed planet, and crescent moon emojis). Jai Bholenath (folded hands emojis).”

Sara also wrote, “Thank you @sunilarora_ @balashatrust for making today so special. People like you make the world a better, safer, happier place. Keep spreading the joy that you do.” Fans praised Sara’s gesture of celebrating Sushant’s 37th birthday with the kids.

A comment read, “More power to you!! It’s people like you who renew our faith in humanity.” “I am touched by this gesture, the kids look so happy,” said a person. “Sara you are too good, always notice that you appreciate Sushant,” wrote an Instagram user. “So sweet of you,” commented another fan. Sara and Sushant worked together in Abhishek Kapoor’s Kedarnath (2018). It was Sara’s debut film.

Earlier in the day, actor Rhea Chakraborty, who dated Sushant, had shared pictures on the occasion. Sharing the candid photos of the duo on Instagram, Rhea captioned the post, “(infinity sign) +1. ” The first picture showed them posing behind cups. They also smiled for a selfie in the next picture.

Sushant made his Bollywood debut with Kai Po Che and featured in several hit films such as MS Dhoni – The Untold Story and Chhichhore. The actor was last seen in director Mukesh Chhabra’s Dil Bechara, released on OTT, opposite Sanjana Sanghi. The actor was found dead at his Bandra home in Mumbai on June 14, 2020.