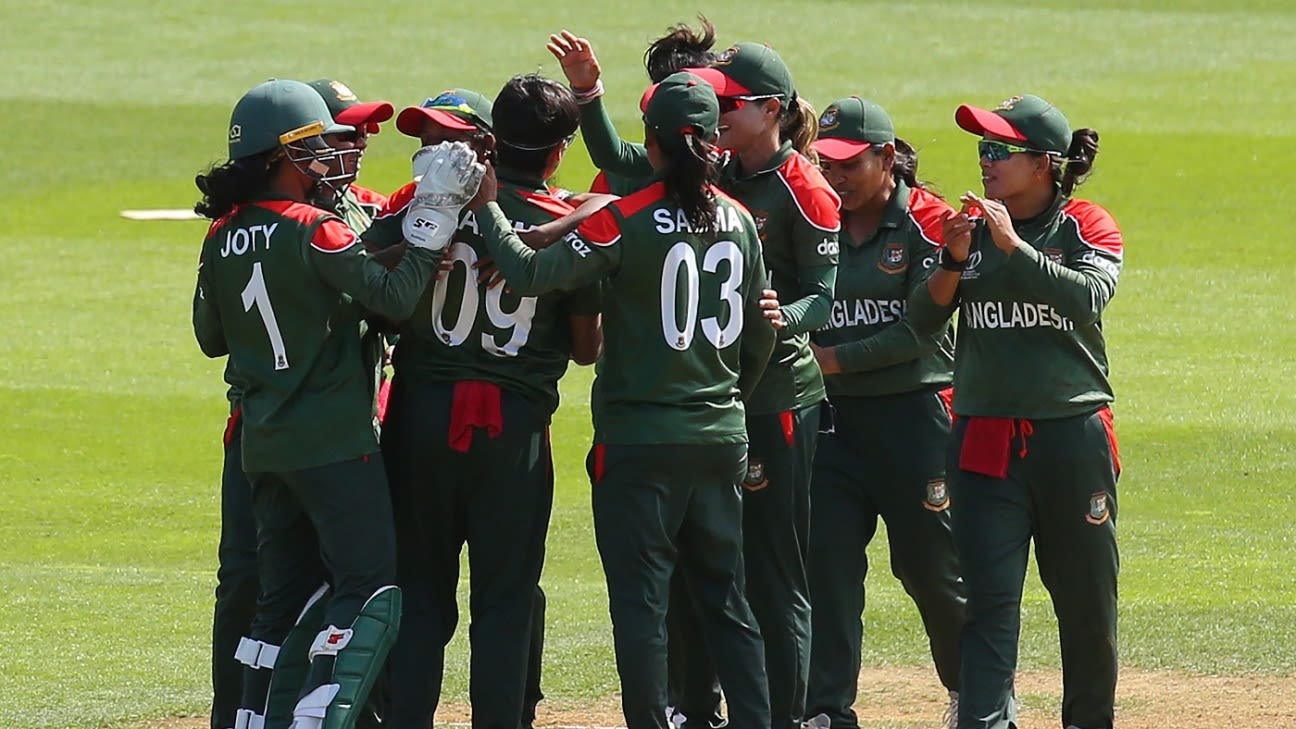 Bangladesh have made two changes to their 15-member squad for the ICC Women’s T20 World Cup Qualifier to be held later this month. Sanjida Akter and the uncapped Marufa Akter have been included in place of Suraiya Azmin and Fariha Trisna, but the core of the side that played in this year’s Commonwealth Games Qualifier and Women’s World Cup has been kept intact.
The eight-team Qualifier will be held in Abu Dhabi from September 14 to 25. Bangladesh have been drawn in Group A alongside USA, Ireland and Scotland. All three of Bangladesh’s group matches will be held at the Sheikh Zayed Stadium in Abu Dhabi.

Sanjida is a left-arm orthodox spinner who has played four T20Is since making her debut in 2019. She was in the Commonwealth Games Qualifier squad, but wasn’t in the World Cup side. Marufa is an uncapped medium-pacer who was the second-highest wicket-taker in the Women’s National Cricket League T20s last month.

These two players have replaced medium-pacer Suraiya and left-arm seamer Trisna, who was surprisingly left out despite taking 12 wickets in the same T20 competition as Marufa.

The squad will travel to Abu Dhabi on September 8 for a pre-event conditioning camp which will go on for five days.