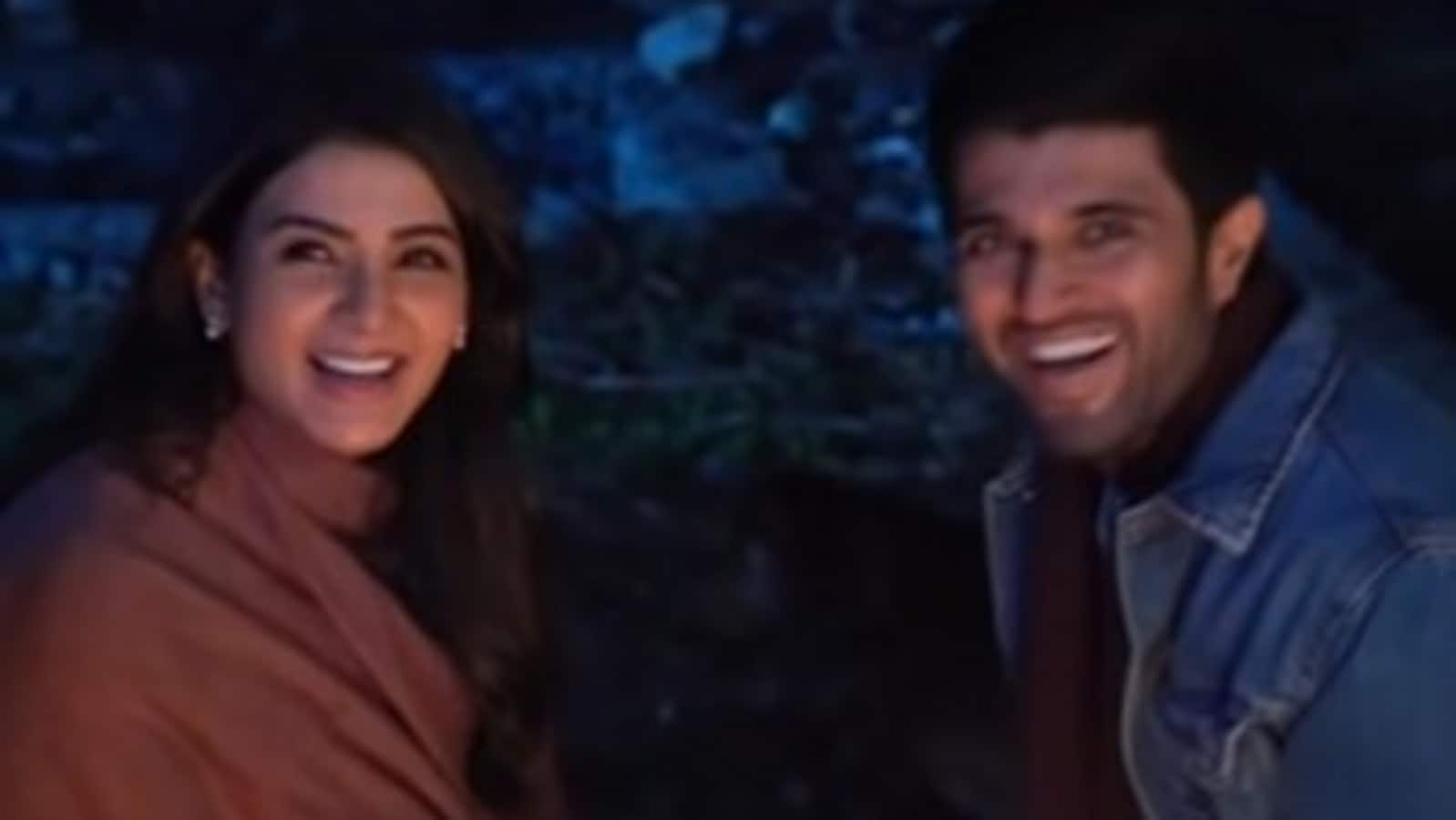 On Samantha Ruth Prabhu’s 35th birthday, actor Vijay Deverakonda surprised her at midnight and shared a video of it on social media.

Actor Samantha Ruth Prabhu turned 35 on Thursday. Actor Vijay Deverakonda, who is currently shooting with her in Kashmir for their next project, arranged a surprise for her and shared the video of it on social media. On Friday, Samantha also shared the same video and thanked Vijay and others for the birthday surprise. Also Read: Samantha Ruth Prabhu is surprised by Vijay Deverakonda’s midnight prank on her birthday on set in Kashmir. Watch

Sharing the video, Samantha wrote, “The sweetest surprise. It was freezing and we had a lot of work to do. But that didn’t stop these scamsters from pulling off this elaborate surprise. Thankyou.”

The clip revealed that Vijay and the rest of the film’s crew had created a ‘fake scene’ to shoot, in which Samantha had to deliver an emotional dialogue to Vijay. He replied to the dialogue by calling her by her real name, Samantha, and later wished her ‘Happy Birthday’. A surprised Samantha then realised that it was a surprise. The video also showed Samantha cutting her birthday cake with Vijay and other crew members on the set. Also Read: Samantha Ruth Prabhu turns 35: Kangana Ranaut wishes ‘talented hottie’, Taapsee Pannu says she breaks her own benchmarks

The duo, who previously worked together in the 2018 film Mahanati — Nag Ashwin’s biopic of actor Savitri, have reunited for the Telugu family entertainer, which will be directed by Shiva Nirvana. This will be Samantha’s second project with the director, who had previously worked with her in Majili, which also starred her ex-husband Naga Chaitanya.

Vijay currently awaits the release of the upcoming Hindi-Telugu bilingual film, Liger. In the film, which also stars Ananya Panday, Vijay plays a mixed martial arts fighter. Karan Johar has come on board to release the film in Hindi, which will mark Vijay’s debut in Bollywood.