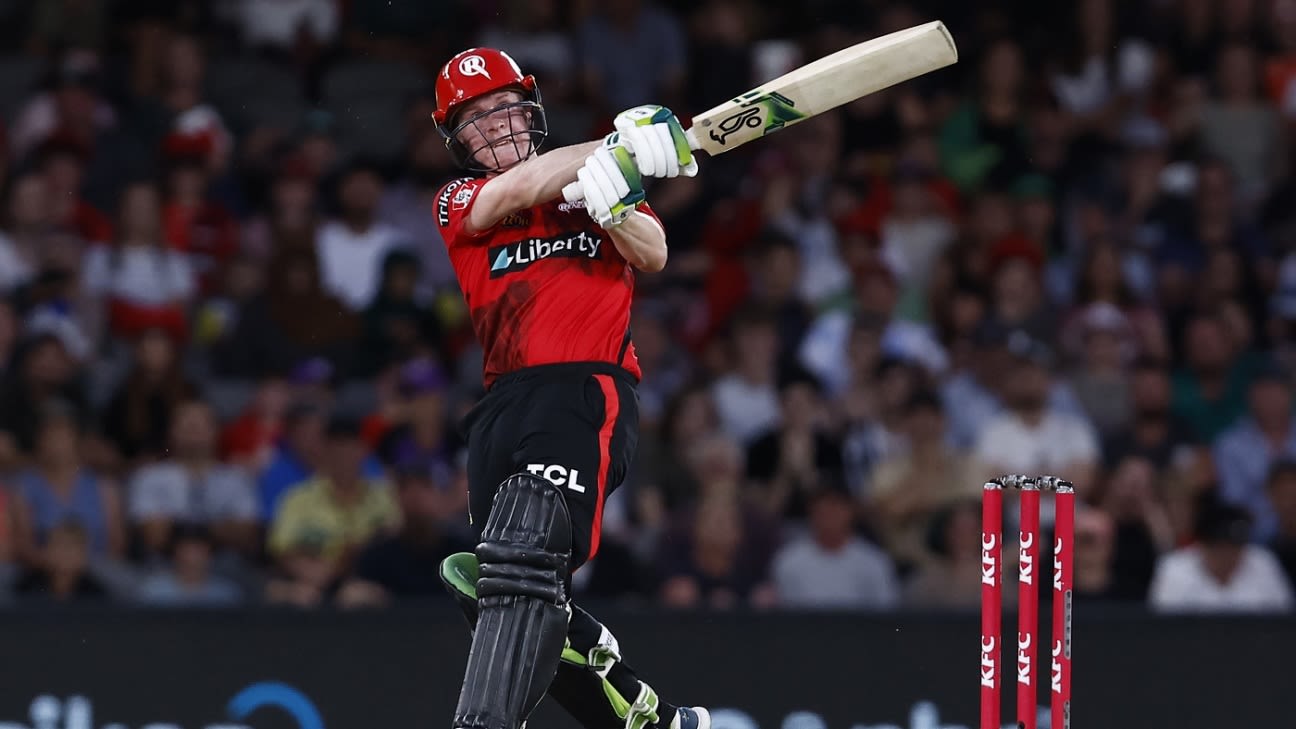 Sam Harper made a stunning return to form with a career-best innings to lead Melbourne Renegades to a six-wicket BBL win over Hobart Hurricanes.

Harper had struggled in five previous digs this BBL season, averaging 5.40 with three ducks to his name. His latest effort got off to an inauspicious start when his indecision led to returning Test squad member Marcus Harris being run out.

But he quickly refocused and settled into a groove at Marvel Stadium, blasting 89 off 48 deliveries. The innings included seven sixes before Harper was eventually out caught by Tim David off Nathan Ellis.

Jon Wells and Will Sutherland guided Renegades home with 11 balls to spare.

The result lifted Renegades into the top half of the ladder as they chase a finals berth after three consecutive wooden spoons, while Hurricanes are slipping further away.

Harper was given a lifeline on 59 through Riley Meredith’s dropped catch – Hurricanes’ 15th in eight matches. They were made to pay as Renegades took the power surge the next over, in which Harper whacked 26 off Joel Paris.

Earlier, there was drama in the second over of the match when Renegades thought they had Hurricanes opener Caleb Jewell trapped lbw by Mujeeb Ur Rahman.

They went upstairs for a review when the batter was given not out and snicko confirmed there was no bat involved. But the third umpire said ball tracking was not available, meaning the on-field call stood.

Jewell, who was on 1 at the time, survived and Renegades stand-in captain Aaron Finch was left bewildered. “It just doesn’t make any sense, does it? I don’t know how to explain that,” Finch said during the Fox Sports broadcast.

Jewell eventually fell to Tom Rogers, top-scoring with fellow opener Ben McDermott. Rogers was also damaging in the field, running out the dangerous Matthew Wade and Tim David with direct hits, while Kane Richardson bowled superbly.
Hurricanes suffered a pre-match blow when they lost left-arm spinner Patrick Dooley to a finger injury during warm up. Dooley – Hurricanes’ leading wicket-taker and most economical bowler this season – was sent for an X-ray. Paris was called in as his replacement.