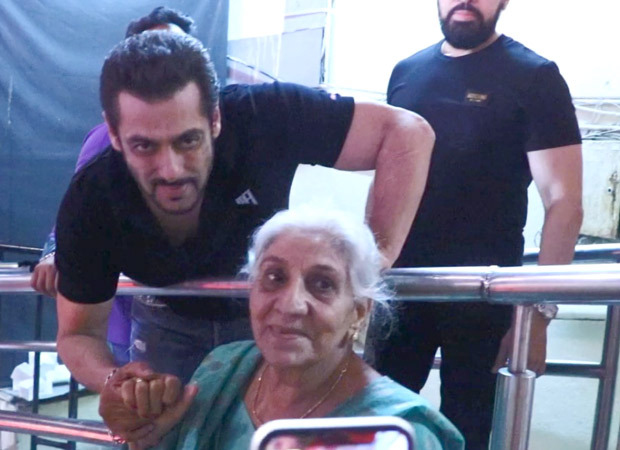 Superstar Salman Khan has been busy promoting Antim – The Final Truth with Aayush Sharma. As the film hits the screens today and faces off John Abraham’s Satyameva Jayate 2, all eyes are on the box office for the first big clash in while. Meanwhile, the actor had attended the special screening of the film.

A video of Salman Khan is going viral after his interaction with an elderly fan at a screening of Antim: The Final Truth. In the video, the actor took her blessings and held her hand to pose for pictures.

Antim – The Final Truth has released in theatres worldwide by Zee Studios on November 26. Starring Salman Khan, Aayush Sharma and Mahima Makwana, it is directed by Mahesh Manjrekar, produced by Salma Khan, and presented by Salman Khan Films.