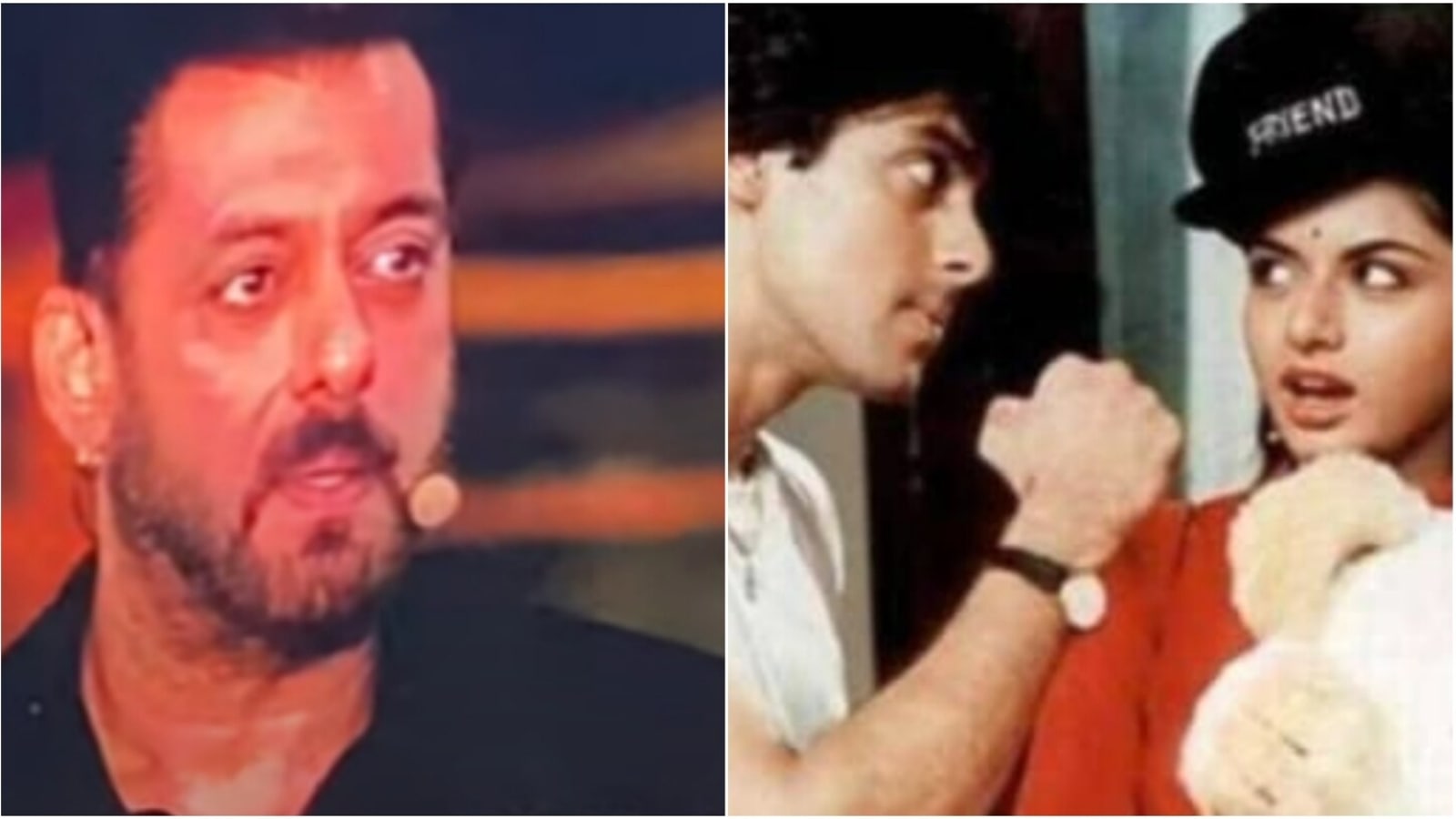 Salman Khan, who recently hosted the International Indian Film Academy Awards (IIFA) in Abu Dhabi, got emotional at the event as he recalled his days of struggle in the film industry. Salman revealed that he had no work after his hit film Maine Pyar Kiya, as his co-star Bhagyashree allegedly took all the credit for it. He also credited filmmaker Ramesh Taurani for saving his career. Also Read| Salman Khan says Shah Rukh Khan ‘kabse mere piche hai’. Watch hilarious video

Maine Pyar Kiya (1989) was Salman’s first movie as a lead and marked the acting debut of Bhagyashree. The Sooraj Barjatya directorial became one of the highest-grossing Indian films at the time. However, Bhagyashree soon announced that she is quitting the industry after just one film to marry Himalaya Dassani.

Salman Khan recalled at IIFA, “After Maine Pyar Kiya released, Bhagyashree decided she didn’t want to work anymore, because she wanted to get married. Aur wo pura credit leke chali gayi (she took all the credit). For six months, I had no movie. And that’s when a ‘devta saman aadmi’ (God-like man), Ramesh Taurani, entered my life. My father at that point of time paid 2000 rupees and coaxed producer GP Sippy to make a fake announcement in a film industry magazine that he had signed me for a film. GP did that but there was no picture. But Ramesh Taurani went to Sippy’s office and paid ₹5 lakh for the music of the film. It was because of those 5 lakhs that I finally got a film called Patthar Ke Phool (1991). Thank you!”

During his emotional speech, Salman also recalled how Suneil Shetty gifted him a shirt and a wallet that he was eyeing at a shop but didn’t have money to buy it. He also hugged Boney Kapoor and credited him for reviving his career with Wanted (2008). He said, “Boney Kapoor has helped me throughout my life. When the time wasn’t going good then he gave me a film called Wanted, which got me back to work.” He also joked, “Then he gave me another film, No Entry (2005), which got Anil (Kapoor) back.”

A sequel to No Entry with the lead original cast- Salman, Anil, and Fardeen Khan, was confirmed in April this year. Anees Bazmee told IndiaToday that Salman is very serious about the project and will start filming very soon.