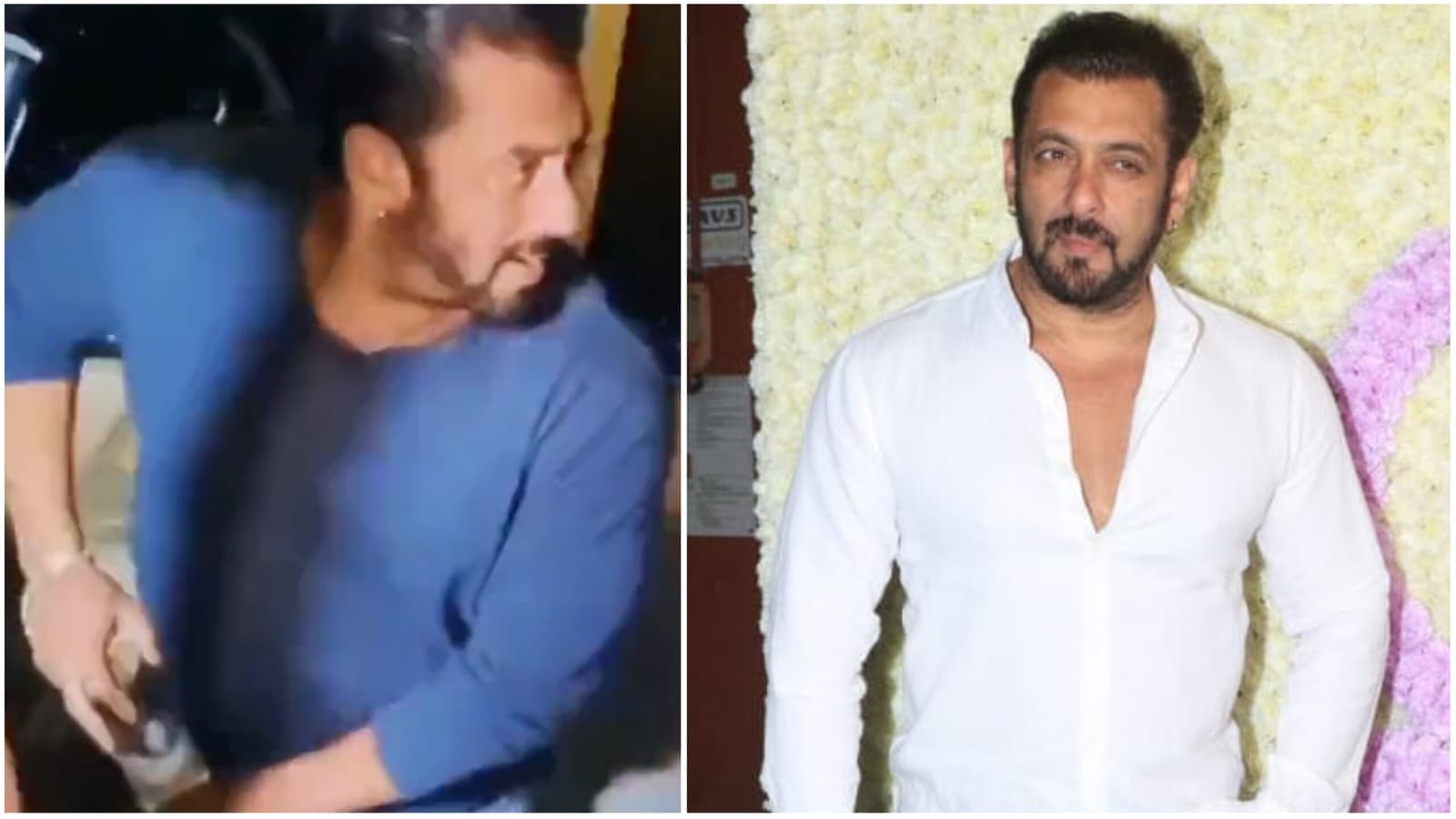 Salman Khan has left his fans confused with his unusual entry at a recent party. The actor arrived with a half-filled glass in his hand which left netizens guessing about the reason behind his action and the content in the glass. Some fans called it Salman’s new style. Also Read| Salman Khan performs aarti on Ganesh Chaturthi at Arpita Khan’s home. Watch

The incident happened when Salman arrived at Murad Khetani’s birthday bash on Saturday, videos of which have been doing rounds on the internet. After coming out of his car, Salman tried to fit a half-filled glass in the left pocket of his jeans, before moving to his right pocket. He closed the car’s door after he successfully fit the glass in his pocket and held onto it as he made his way to the event. He was later seen returning to his car with the glass and holding it in his hand as he sat in the front seat.

Confused fans discussed Salman’s arrival on social media. One asked, “Bhai glass mein kya tha? (what was inside the glass)”, while another questioned, “Vodka or gin tonic?” A third one wrote, “Glass in pants pocket. New style of bhai.” One Twitter user wrote, “Its water? The video went viral because people did find it funny, also wonder how he manages to put a glass of water in a jeans pocket,” but another argued, “Nope it’s white rum.” A fan wrote, “#SalmanKhan is a true blue Megastar of Indian cinema, he can create havoc with just a casual walk and carrying a glass in his pants pocket.”

Salman, who was last seen on the screen in Antim: The Final Truth (2021), has several projects in the pipeline. He will be seen in Kisi Ka Bhai Kisi Ki Jaan alongside Pooja Hegde, Venkatesh Daggubati, Jagapathi Babu, Raghav Juyal, and Shehnaaz Gill. He also has Tiger 3 with Katrina Kaif in the pipeline. He will also be making guest appearances in Chiranjeevi’s Godfather, Riteish Deshmukh’s Ved, and reportedly Shah Rukh Khan’s Pathaan as well.