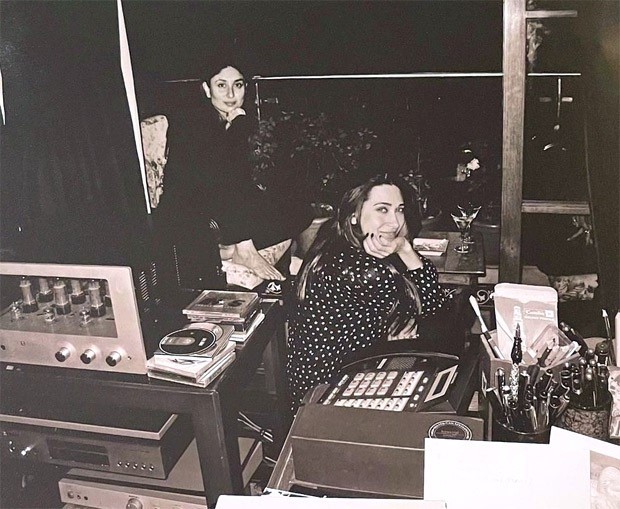 In a monochromatic photo, actress Karisma Kapoor poses with her sister, actress Kareena Kapoor. Karisma took to Instagram to congratulate actor Saif Ali Khan for capturing the event on camera.

Karisma Kapoor sat at a study table in a room, turned sideways, and posed with her face in her hand in the photograph. Kareena Kapoor sits in a balcony chair behind Karisma. Sharing the post, Karisma wrote, “Thanks saifu for this wonderful memory, can’t wait to put it up love it #family #cherishedmoments #fortunenights #sistersarethebest.”

Karisma Kapoor uses Instagram to share photos with her family and friends. She just uploaded a photo by Kareena Kapoor of the sisters with their parents, Randhir and Babita Kapoor. At Randhir’s Bandra home, the family gathered for lunch.

In the meantime, Kareena is ready to make her directorial debut with filmmaker Hansal Mehta’s untitled thriller. She will also star in the film, which she will co-produce with Ekta Kapoor. Kareena Kapoor Khan’s Pregnancy Bible was recently released.