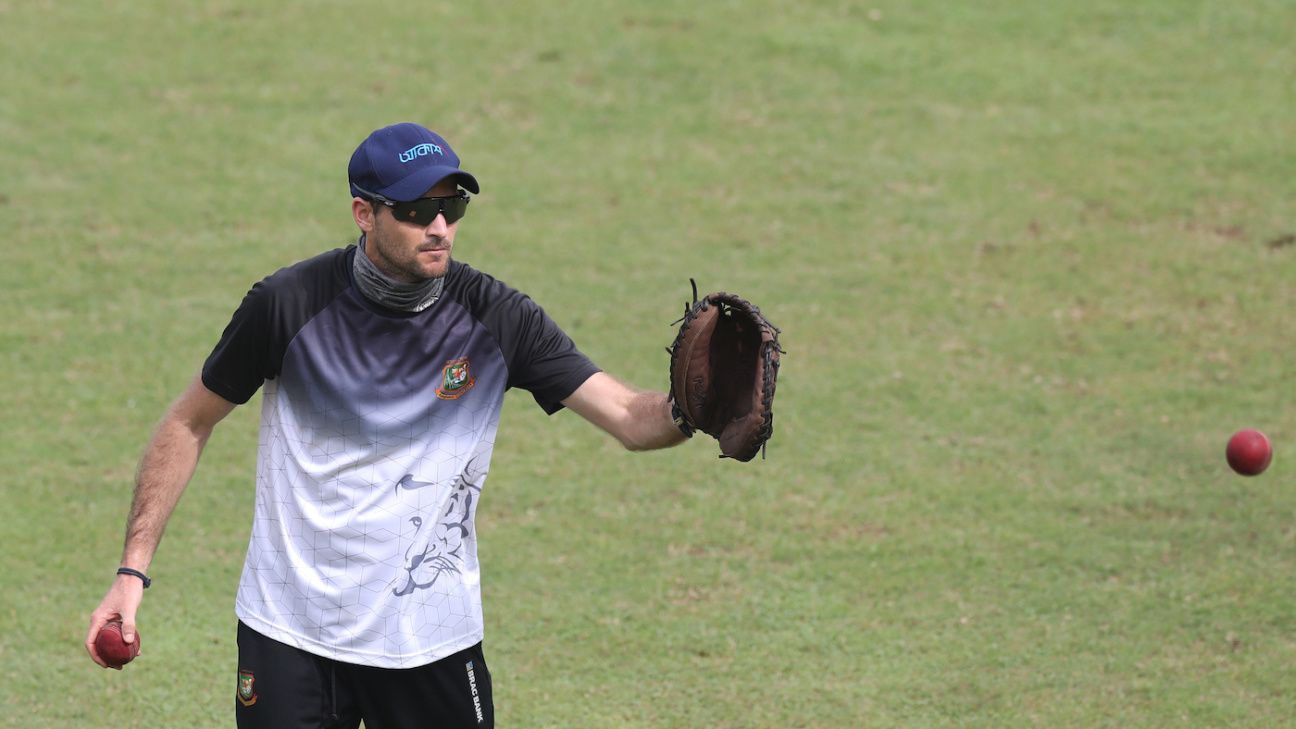 Ryan Cook, the former fielding coach of the Bangladesh men’s team, will take over as interim head coach of the Netherlands men’s team.
The decision had to be taken because of regular head coach Ryan Campbell‘s health – he had suffered a series of cardiac arrests last month and had to be hospitalised. Campbell is, however, expected to make a full recovery, and was recently discharged from his hospital in Stoke-on-Trent. A statement from Koninklijke Nederlandse Cricket Bond said that Campbell is expected to return to the team later in the summer.

Cook has had past stints as assistant coach at Hobart Hurricanes, South Africa A and South Africa Under-19. His father and brother are South Africa Test cricketers Jimmy Cook and Stephen Cook respectively.

“I am honoured to be joining the team and look forward to working with the players and coaches for the next few months,” Cook said in the statement. “There is an exciting schedule ahead and I aim to help the team from strength to strength.”

Netherlands host West Indies early next month for three ODIs as part of the ICC Super League competition that decides places for the 2023 ODI World Cup. England then visit Amstelveen for three ODIs in what will be their first meeting with Netherlands in over 11 years, after which Netherlands play two T20Is against New Zealand and two ODIs against Pakistan, all at home.

Netherlands are currently last on the Super League points table, with only two wins – both against Ireland – in ten outings.