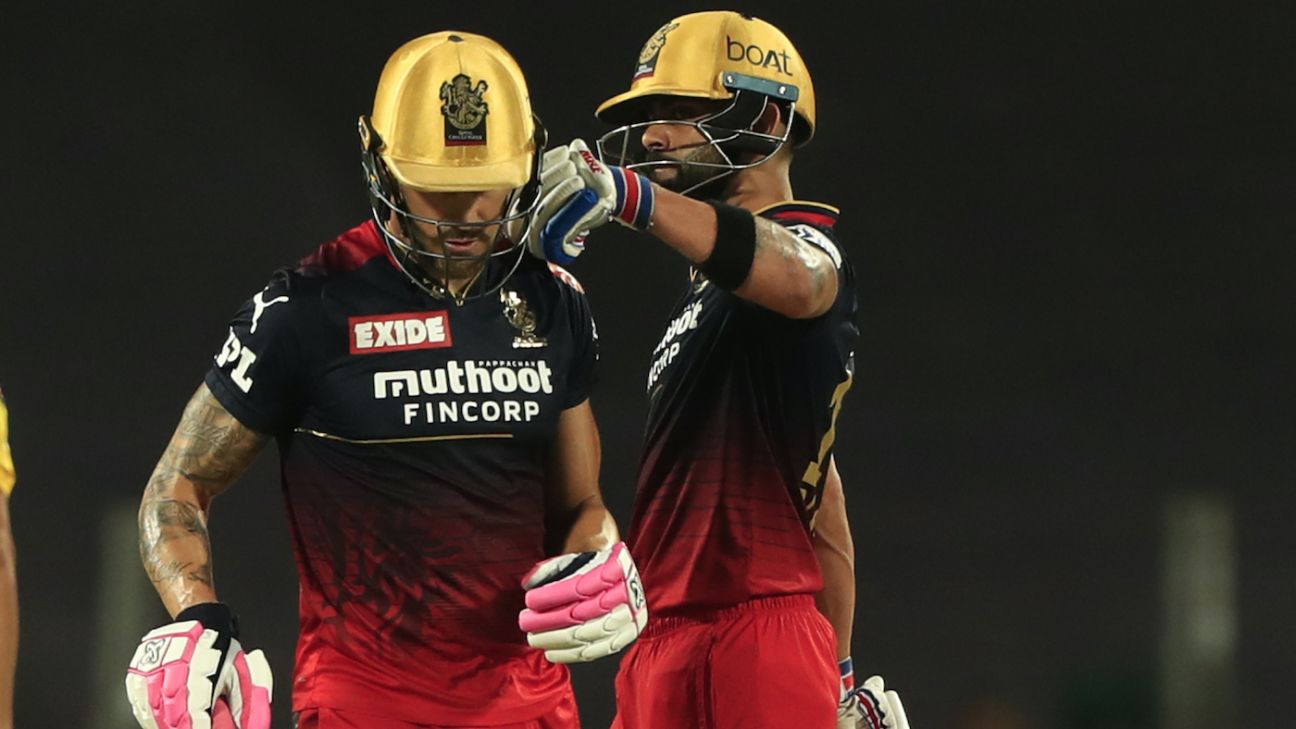 The equation for Royal Challengers Bangalore is simple. Win against Gujarat Titans on Thursday and hope Delhi Capitals lose to Mumbai Indians on Saturday. That’s the only way they can make it to the playoffs of IPL 2022.

The task may not be as simple, though. Titans are currently at the top of the points table with ten wins from 13 games. To beat them, Royal Challengers may need one of their big three – Faf du Plessis, Virat Kohli and Glenn Maxwell – to play a big innings. They will also hope for Josh Hazlewood to come back strongly after registering figures of 4-0-64-0 against Punjab Kings in their previous game.

Titans, meanwhile, are already assured of a top-of-the-table finish in the league stage. They had a bit of a wobble with back-to-back defeats at the start of the month, but with Shubman Gill and Wriddhiman Saha giving them strong starts and Hardik Pandya resuming bowling duties, they have notched up back-to-back wins since.

Can they further fine-tune their line-up before the playoffs? Yash Dayal has picked up nine wickets from six games but has conceded 9.38 runs per over. Titans could consider replacing him with Pradeep Sangwan, who played three games when Dayal was out with a niggle and picked up three wickets while maintaining an economy rate of 7.22. They also have the option of bringing back Lockie Ferguson for Alzarri Joseph.