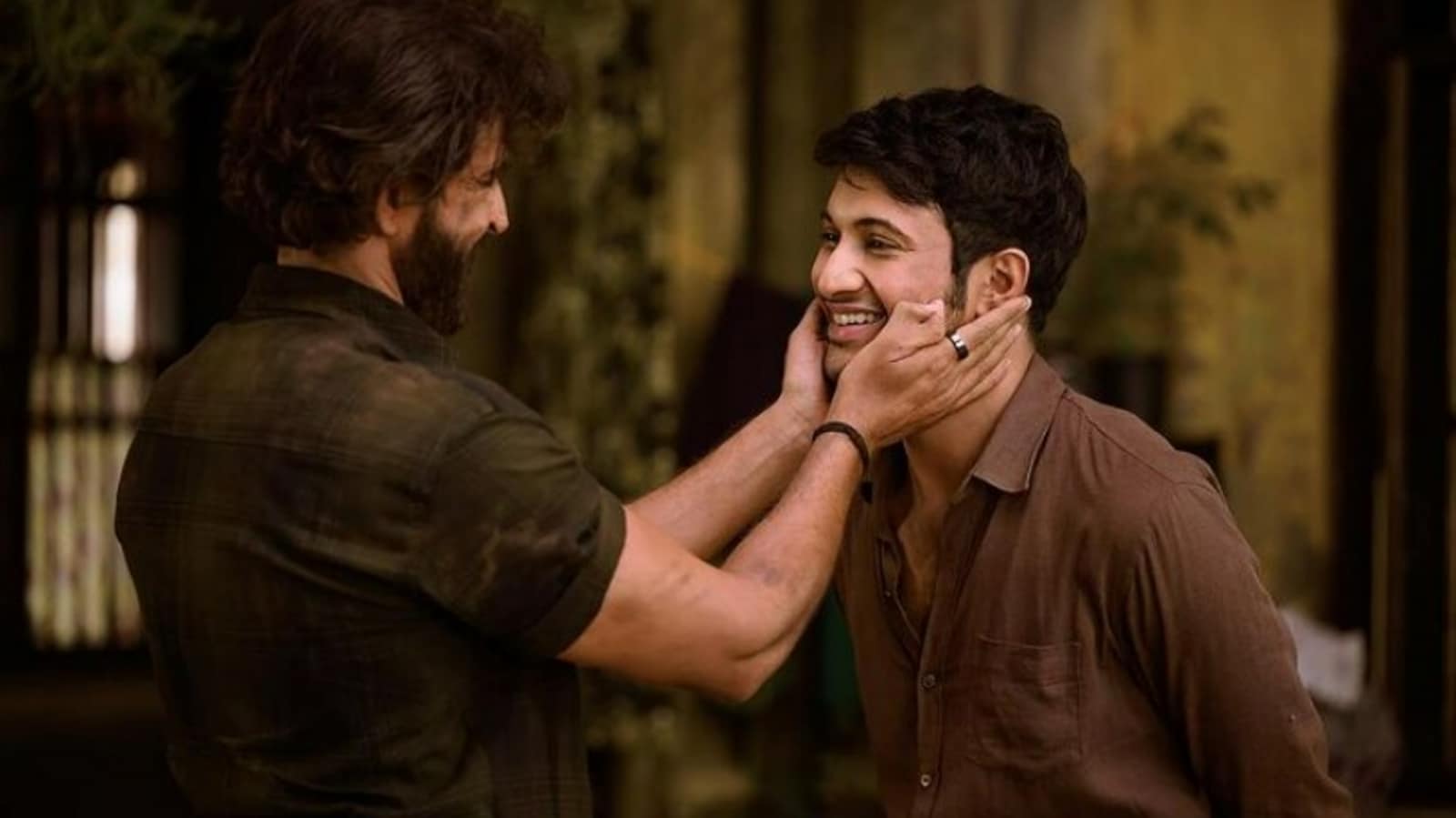 Rohit Saraf, who worked with Hrithik Roshan in the recently-released Vikram Vedha, looked back fondly upon his experience of working with the actor on the film. In the action-thriller, inspired by folk tale Bikram Betaal, Hrithik Roshan played gangster Vedha while Rohit played his younger brother Shatak. The film also starred Saif Ali Khan as a cop Vikram and Radhike Apte as his wife Priya. Also Read| Radhika Apte says the ‘best thing’ in Saif Ali Khan is that he speaks his mind

In a recent interview, Rohit recalled an incident from the early days of filming where Hrithik Roshan calmed him down after he gave many retakes for a scene and felt upset about it. Rohit said he was nervous about filming a scene that was a very defining moment for his character, and kept apologising when he would ask for retakes.

In an interview with ETimes, Rohit said about the incident, “There were monologues, and I didn’t want to mess it up. I kept giving retakes and because I couldn’t get it right, I apologised to everyone. I constantly went ‘I’m sorry, I’ll do it now’. And when you are not getting something right, the pressure just begins to build tremendously because everyone is waiting for you. After we finished the scene, Hrithik sir took me aside. I thought that he’s going to be really upset with me about what had happened, but he told me, ‘You need to stop apologising for not getting something right. We are all trying to make ourselves better over here on set.”

The actor said about Hrithik, “I think that really won my heart. A megastar like him does not need to do this for somebody who is basically a newbie in front of him. But the fact that he took that time out to explain this to me, the fact that he cared enough about it, it really touched my heart and made me respect him so much more than I already did…So that’s been one of my biggest takeaways from Hrithik sir. He’s an incredibly kind man. And of course, the world knows about how disciplined he is and how rehearsed he is as an actor.”

Vikram Vedha released in theatres on September 30. It collected ₹43 crore nett at the box office in the first four days of its release. Directed by Pushkar-Gayathri, the neo-noir action thriller is a Hindi remake of the filmmaker duo’s own hit 2017 Tamil film of the same name, which starred R Madhavan as Vikram and Vijay Sethupathi as Vedha.