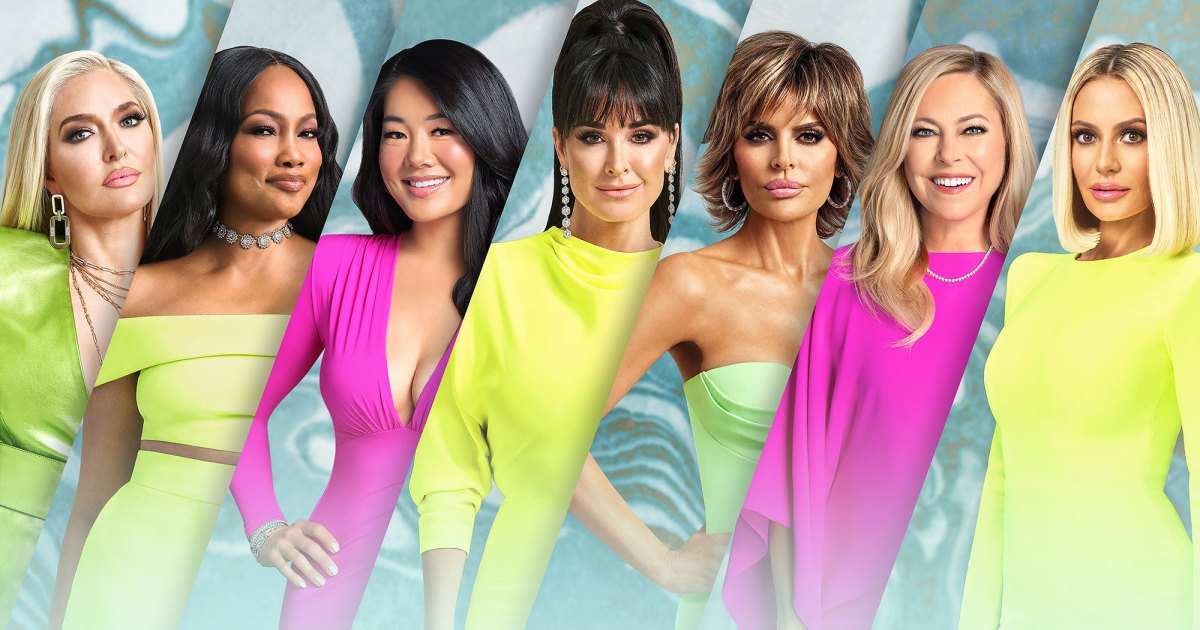 Shots fired! The new trailer for The Real Housewives of Beverly Hills season 11 reunion is full of moments that will have you reaching for the popcorn, including a tense showdown between Erika Jayne and Andy Cohen.

The teaser, which Erika, 50, shared via Instagram on Wednesday, October 6, begins with her meeting up with RHOBH costar Lisa Rinna two weeks before the reunion.

Despite her and her estranged husband Tom Girardi’s legal troubles, the Pretty Mess author tells Lisa, 58, that she will take part in the show. “I’m not a f–king quitter,” she said.

However, she admits to her friend that it’s not going to be easy to sit down with her other RHOBH castmates — Kyle Richards, Dorit Kemsley, Garcelle Beauvais, Sutton Stracke and Crystal Kung Minkoff — after everything that’s happened this season.

Life hasn’t been easy for Erika as of late. In November 2020, she filed for divorce from her 82-year-old husband, who was recently diagnosed with Alzheimer’s and dementia. The pair were named in a class action lawsuit in December 2020 that alleged that Tom and Erika embezzled settlement money intended for the families of plane crash victims.

Erika has maintained throughout this season of RHOBH that she didn’t know about Tom’s alleged misdeeds, but the former lawyer, who is now living in a facility that specializes in memory care, recently pushed back on those claims. “I think she does,” he said in a video published by Page Six on September 23.

Cohen, 53, is also pushing back on Erika’s claims that she knew nothing about her estranged husband’s alleged financial dealings — and hard. In the trailer, he tells the singer, “We’re going to put you on a skewer and I’m going to fire up the barbecue,” before launching into a ferocious line of questioning that ends with her in tears.

Despite what is shown in the first preview, Erika teased that she’s the one who will come out on top when the four-part special is all said and done. “The champ is here,” she captioned the teaser. “Me.”

Keep scrolling to learn more about the tense season 11 reunion.

Renee Zellweger Is Unrecognizable in ‘The Thing About Pam’: What We Know

Zac Brown: 25 Things You Don’t Know About Me

Marvel Hits the Bullseye! ‘Hawkeye’ Poster Has Clint and Kate Ready for Action

Mystic Falls Return! ‘TVD’ and ‘Originals’ Stars Who Came Back on ‘Legacies’

‘Fantastic Beasts: The Secrets of Dumbledore’: Everything We Know So Far

Celebrities Who Recreated Their Most Iconic Roles Over the Years