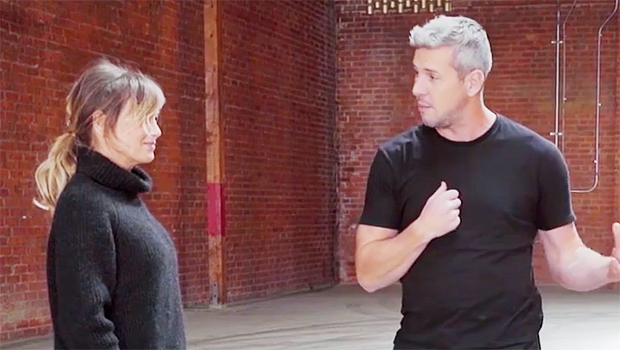 The new trailer for ‘Celebrity IOU: Joyride’ features a special moment between Renee Zellweger and Ant Anstead, after they met on the new Discovery+ series.

Renee Zellweger, 52, and Ant Anstead, 42, have been putting their hot and heavy new romance on display for the world to see, but a special moment that happened behind-the-scenes is now seeing the light of day.

That moment is Renee and Ant’s first meeting, which happened while they were filming his new Discovery+ series, Celebrity IOU: Joyride. Ant’s new show features Cristy Lee as his co-host, and they’ll help A-listers like Mary J. Blige, Octavia Spencer, James Marsden and Ant’s now-girlfriend, Renee Zellweger, surprise deserving friends and family members with the cars of their dreams.

.@AntAnstead and @CristyLee09 are teaming up to help celebrities give their loved ones the car of their dreams in Celebrity IOU: Joyride!

Renee will be surprising Jerome and Jerald, two brothers who acted as 24-hour caregivers to her publicist, Nanci Ryder, during her battle with ALS, according to the Discovery+ press release. It’s super sweet, but we think it’ll be her interactions with Ant that her fans will surely be tuning in for.

This is the first time the six-episode series if first being announced, but some may have heard of it due to Ant’s hot new relationship with Renee. It was confirmed last month that they met in early June while filming her episode of the show, and at the time, PEOPLE reported that they “instantly clicked” on set.

Most recently, Renee and Ant were spotted passionately kissing while relaxing on the sands of Laguna Beach with his adorable one-year-old son Hudson on July 17. And just before that, Renee was spotted moving personal things into Ant’s house, so even though they’ve only been dating for a few months now, things are quickly getting seriously.

Ant just finalized his divorce from Flip Or Flop host Christina Haack in June, so a potential proposal could come any day now.