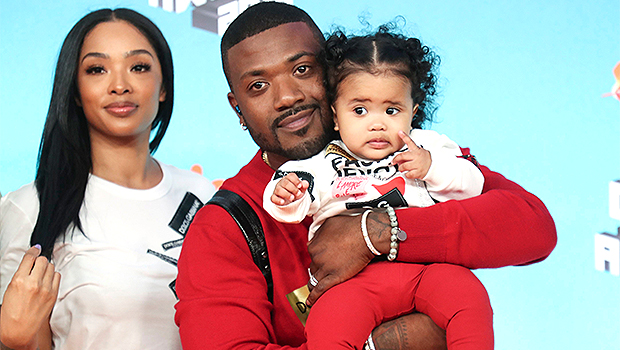 Ray J and Princess Love may have their ups and downs, but they’re always there for their kids. Find out more about their adorable young ones and family unit here.

Ray J, 40, is singer, television personality, and actor, and he shares two children, Melody, 3, and Epik, 1, with estranged wife, Princess Love, 36. The two star in Love & Hip Hop: Hollywood and are currently facing more drama by the day as Ray J recently filed for divorce for the third time against Princess — all while battling pneumonia in the hospital.

The couple’s relationship has definitely been a roller coaster ride since they began dating in 2014 and then tied the knot in 2016, but they’ve for their two adorable children. Find out more about Melody and Epik here and what’s in store for Ray J and Princess as they move forward as a family.

Melody is Princess and Ray J’s first child, born May 22, 2108. The little cutie made a few uncredited appearances on Love & Hip Hop with her parents and her welcoming to the world was chronicled in Ray J & Princess’ Labor of Love, a special which detailed the couple’s journey to parenthood. Unfortunately, Melody has been through her parents’ relationship ups and downs. Princess claimed Ray J left she and Melody in Las Vegas in November 2019 after the BET Soul Train Awards while she was pregnant with her second child.

Ray J went on to deny the claims and later released a video refuting the story completely. “I am my family. I love my family. I’ve dedicated my life to my family,” he shared. “To insinuate that I would do anything to harm my daughter was just sad, man.”

Although the couple continued to struggle in their relationship, they welcomed Epik on January 7, 2020, coming together for their newborn son as Ray J celebrated his role as a father. The businessman also released a touching video around the event, sharing his excitement with fans and writing on Twitter, “I love you @mzprincesslove so proud of you. Strongest women [sic] in the world and the mother of my children. ❤️❤️❤️❤️” Princess also shared a tender shot of her newborn baby boy upon his arrival while Ray J commented EXCLUSIVELY to HollywoodLife at the time, “The main thing I see is just being a good father. I just had another baby. I had a baby boy and my daughter is one and he’s right behind her. So being the best father is everything.”

He also shared with Us Weekly at the time of Epik’s birth that his being able to “relive” the feeling of becoming a father with baby Epik was “the ultimate feeling in the world.” He went on, “I am so blessed to have a son and a daughter. My life is complete. Thank you to Princess for everything. I love my family so much.”

Although the couple continue to go back-and-forth on the status of their relationship, earlier this year a source close to Ray J cited the singer’s desire for a long-term marriage and family unit as the driving force for him trying to make things work with Princess. “[W]hen Ray J and Princess Love split, he never wanted to call things off and was determined to make it work regardless of everything that had happened between them,” the source shared. “Despite his public persona or what some may think, Ray J truly is a family man and that’s always been his number one priority.”