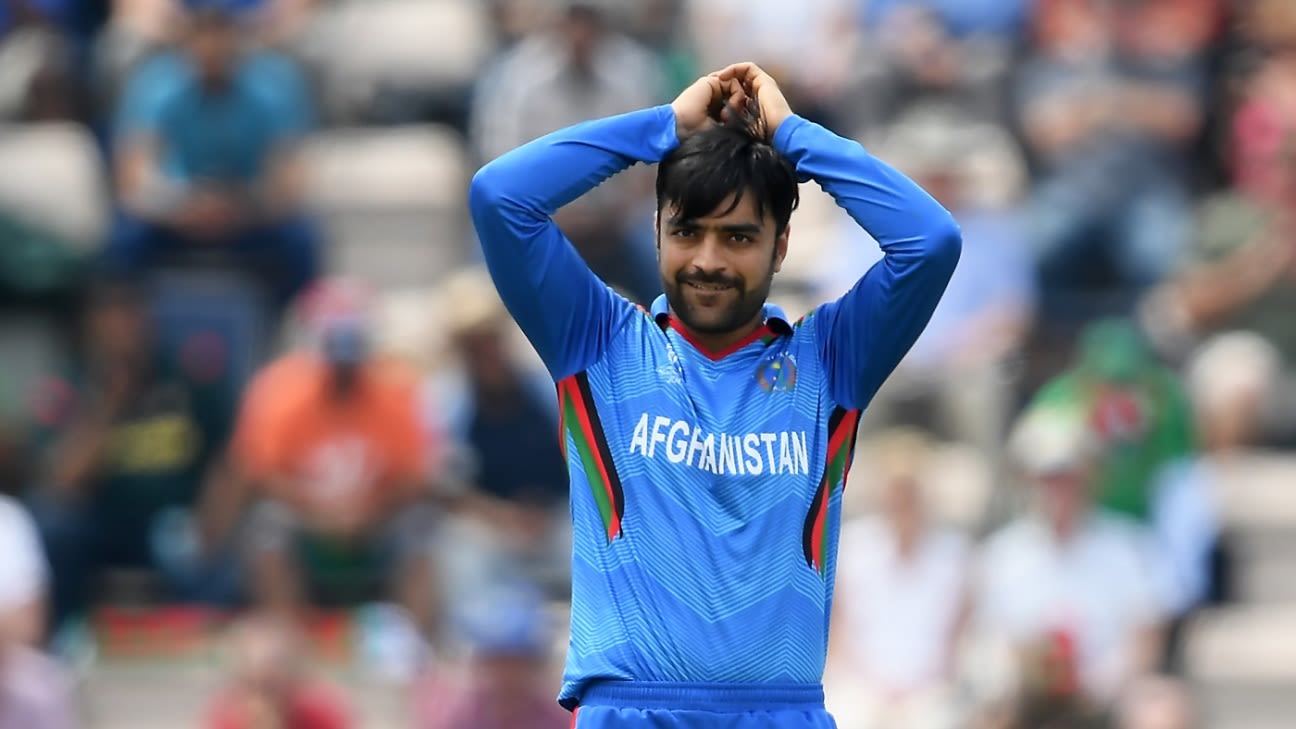 Less than half an hour after Afghanistan announced their squad for the upcoming T20 World Cup, Rashid Khan stepped down as captain, saying “the selection committee and ACB has not obtained my consent for the team which has been announced by ACB media”. It is understood that the team will now be led by allrounder Mohammad Nabi.

Rashid had been named captain in the squad put out by the ACB’s official Twitter handle, but said he was stepping down, effective immediately through his own tweet, posted 22 minutes after the ACB’s.

In July, chief selector Asadullah Khan had resigned, citing “too much interruption” and interference from “non-cricketers” in the board, who have “no knowledge about the players and selection” as the main reasons for his decision to step down.
Afghanistan’s squad for the T20 World Cup contained several players who had done well in the past, but not been part of the national set-up in recent times. That included Mohammad Shahzad, who had been suspended for one year in late 2019, and has been eligible to play since August 2020. The pace duo of Shapoor Zadran and Dawlat Zadran were also picked. Shapoor last played a T20I for Afghanistan in March 2020, Dawlat in September 2019. The injury-prone Hamid Hassan, who hasn’t played a T20I for Afghanistan since March 2016, was also part of the squad.
Curiously enough, the squad released had 18 players, with only two marked as reserves. As per the ICC’s rules, each team has to name a squad of 15 players, with a provision for naming reserve players. In April 2021, the ICC had increased the squad sizes of teams for ICC events from 23 to 30, including support staff, as part of the response to the Covid-19 pandemic.

With Rashid’s resignation from captaincy and the number of players being named above the limit of 15, there will likely be changes to Afghanistan’s squad.

Afghanistan’s last T20I series was in March 2021 against Zimbabwe, during which Asghar Afghan led the team.