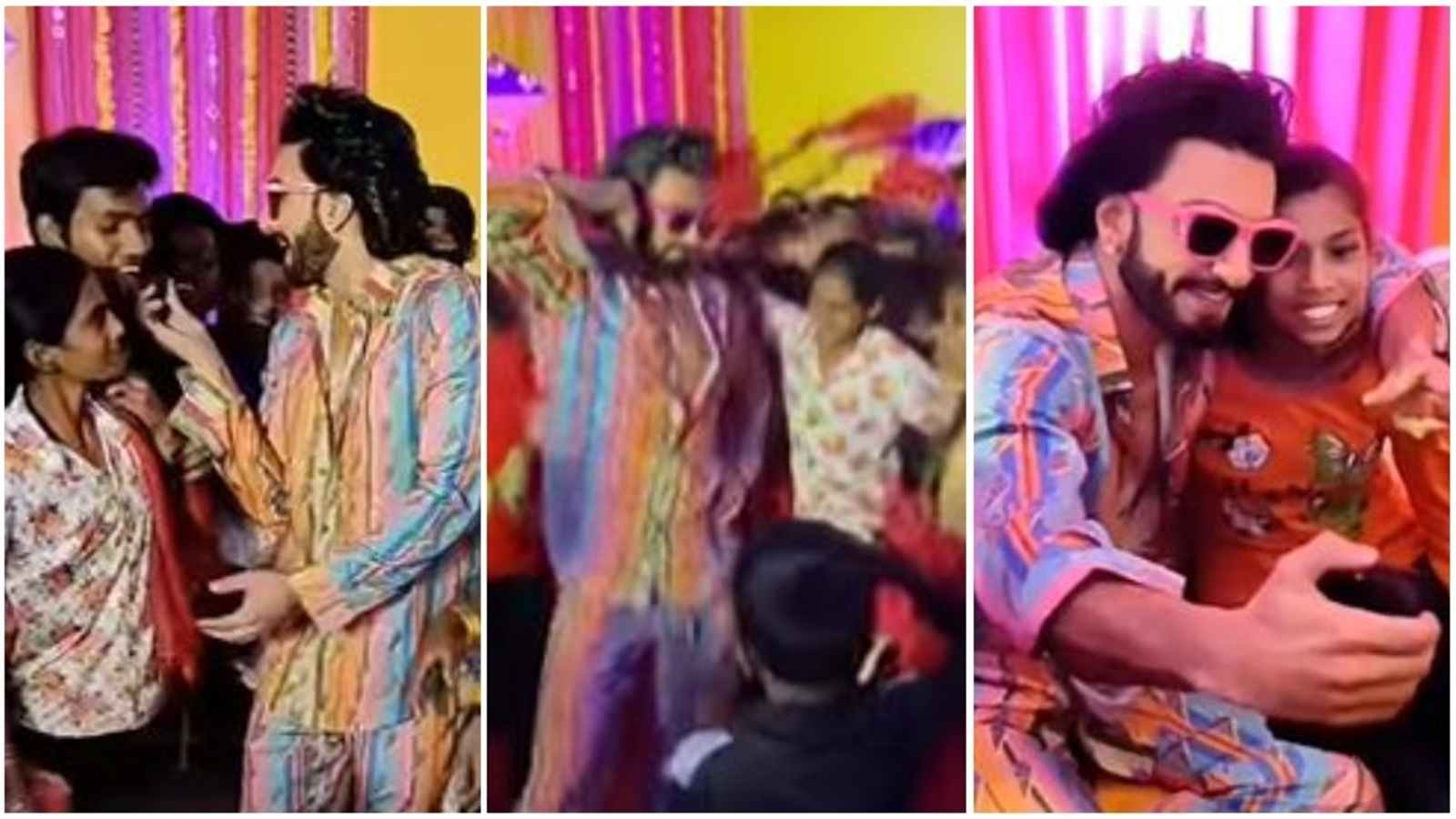 In one of the videos, Ranveer was seen making his way towards the children as he danced. He then gestured them to come to him. The actor stood with his arms stretched out as the children hugged him. Ranveer showered them with love, shook hands with the children and also danced with them to his song Firecracker.

In another video, the actor was also seen cutting and feeding cake to the children. In a decorated space, he also clicked selfies with them. For the event, Ranveer was seen dressed in a multicolour outfit, pink sunglasses and matching shoes.

The Hindustan Times review read, “Ranveer is full of energy yet again, though I was looking forward to a somewhat understated performance in this one for the kind of subject the film is dealing with. He acts funny, then emotional, then mature — that balance works for me. Watching him dancing on the track Firecracker in the end credits was a treat, no matter how ridiculous he looked doing those steps which remind you of Jethalal from Tarak Mehta Ka Oolta Chasma.”

Meanwhile, Ranveer has several projects in the pipeline including Rohit Shetty’s Cirkus. The actor will be seen in a double role, along with Jacqueline Fernandez and Pooja Hegde. Cirkus will be co-produced by Rohit Shetty, Bhushan Kumar, and Reliance Entertainment.