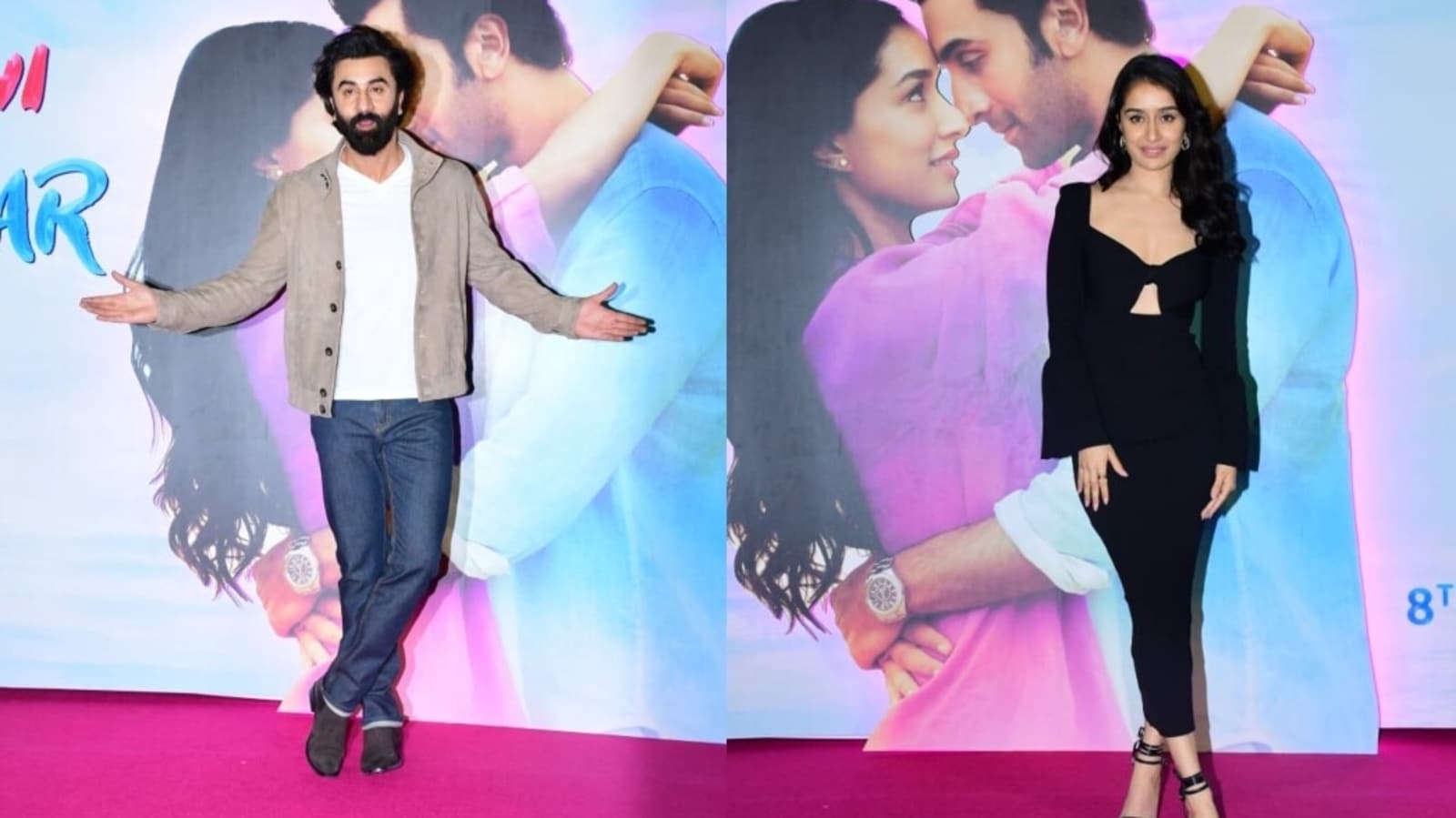 Ranbir Kapoor is returning to his romantic comedy roots with his next, Tu Jhoothi Main Makkaar. The actor will co-star with Shraddha Kapoor in filmmaker Luv Ranjan’s film and the fresh pairing of the leads has got their fans excited to see them on screen together. Ranbir, who was with Shraddha and Luv at the trailer launch of the film in Mumbai, was returning to the genre after a long time and spoke about working with his co-star who he has known since childhood. (Also read: Shraddha Kapoor thanks Luv Ranjan for not casting Kartik Aaryan, Nushrratt Bharuccha in Tu Jhoothi Main Makkaar)

One of the actor’s most popular films is Yeh Jawaani Hai Deewani (2013) where he played the character Kabir aka Bunny, who is hesitant to settle down and put roots down in one place. He starred in the film with actors Deepika Padukone, Aditya Roy Kapur, and Kalki Koechlin. At the trailer launch on Monday, Ranbir revealed that playing a character in a rom-com was a hard thing for him. He also praised Shraddha Kapoor, calling her ‘a commercial box-office superstar’.

Ranbir shared, “I’ve known Shraddha since I guess she was born and I was born, because our parents are friendly. So we’ve been friends for a long time. But working with her, I really realized that we share similar creative energies. I know she comes from the same kind of passion, dedication and fire to give our best.”

“She’s an actress who is loved by so many people, if you can say a commercial box-office superstar. Her coming to this film gave a lot of value and I think it is Luv’s genius that he cast both of us together. It was amazing working with Shraddha and I hope that we can work together in the future,” he added.

Shraddha is the daughter of veteran actor Shakti Kapoor. Her mother Shivangi Kapoor’s sisters Padmini Kolhapure and Tejaswini Kolhapure are also actors. Ranbir also hails from a film family. His father, late actor Rishi Kapoor and mother Neetu Kapoor are both actors, while his grandfather is the legendary actor-filmmaker Raj Kapoor.

He is married to his Brahmastra: Part One – Shiva co-star Alia Bhatt. They welcomed a daughter, Raha Kapoor, in November 2022.