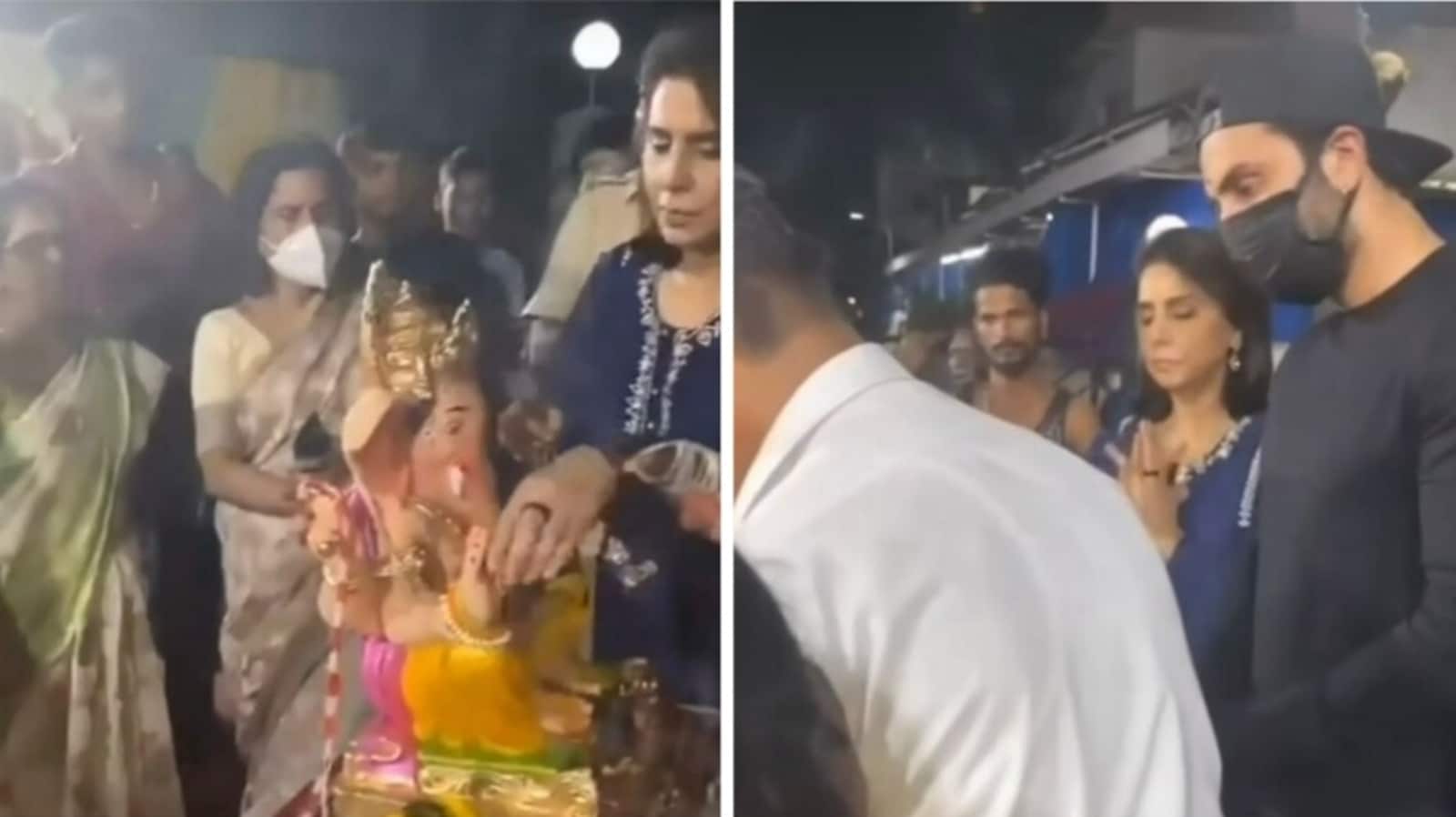 Ranbir Kapoor and Neetu Singh bid farewell to Lord Ganesha while performing pooja at Ganpati Visarjan in Mumbai. Neetu Kapoor wore a blue kurta while Ranbir was seen in black T-shirt with black cap and hat. In the video shared by a paparazzo account, both of them can be seen performing rituals with devotees and pandit around them. (Also read: Brahmastra records promising start with great advance bookings: ‘Finally some relief’)

In the video, Ranbir can be seen touching the feet of Lord Ganesha idol and praying. He removes garlands and ornaments from the idol with the help of mom Neetu Kapoor and a priest. Reacting to the video, several fans commented, “Ganpati Bappa morya.” Many fans dropped heart emojis on the video. Some fans wondered where Ranbir’s wife Alia Bhatt was and asked the same in the comment section.

Ranbir and Alia got married in April this year and are currently expecting their first child together. The two also have their first film together–Brahmastra–releasing this Friday. Brahmastra also features Amitabh Bachchan, Nagarjuna Akkineni and Mouni Roy.

Mouni recently confirmed Shah Rukh Khan’s cameo in the film as well, following which the makers revealed a new clip featuring Shah Rukh and left fans asking for more. The film is directed by Ayan Mukerji. Ayan had previously shared that he came up with the idea of the film while he was still working on Yeh Jawani Hai Deewani. The film’s shoot started almost five years ago.

Ranbir and Alia are busy promoting the film. At a promotional event for their film Brahmastra in Hyderabad on Friday, Alia pointed at him while singing the Telugu version of the film’s romantic song Kesariya. Ranbir was seen blushing hard and was looking at the floor after Alia’s gesture.