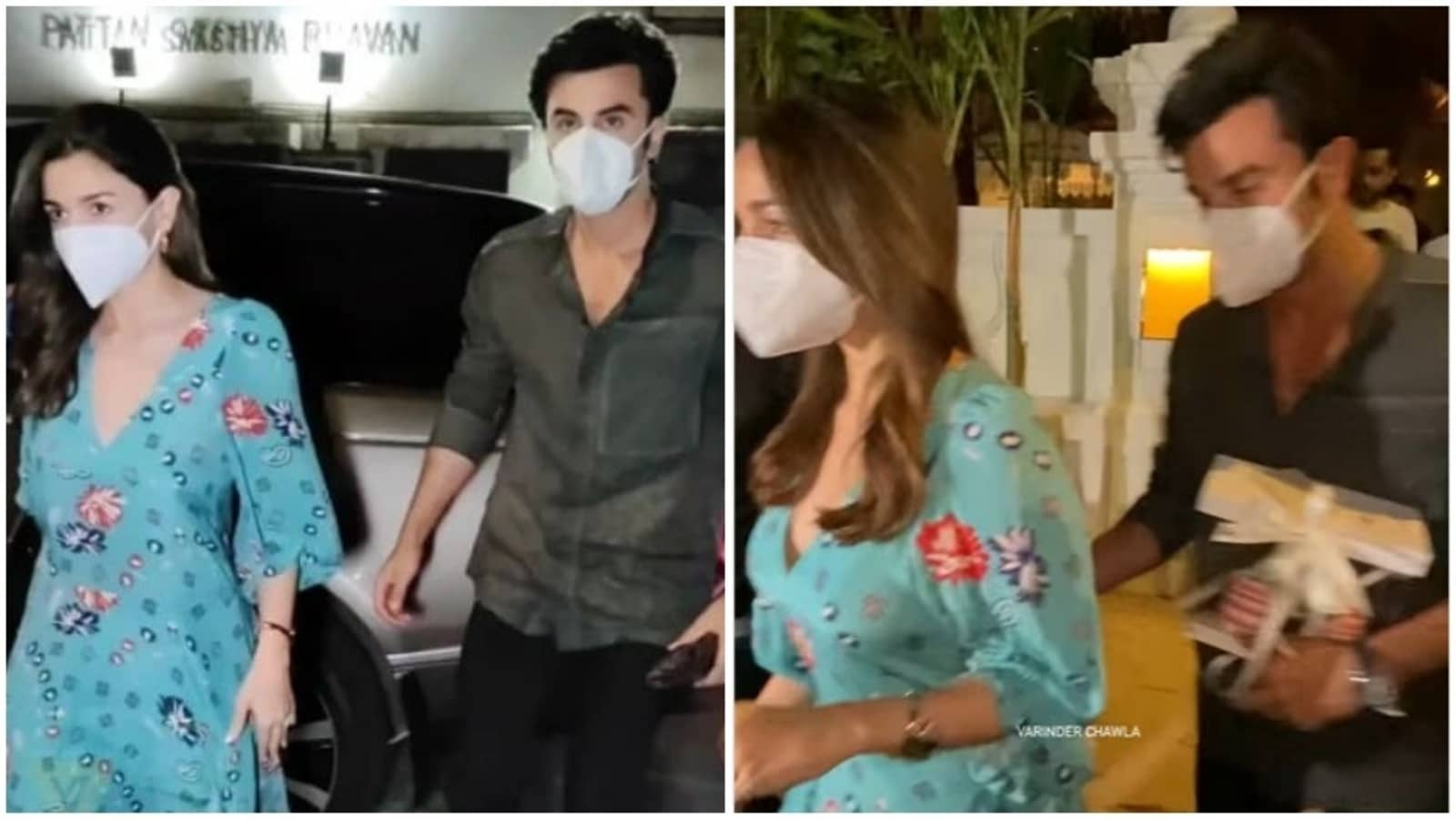 Ranbir Kapoor and Alia Bhatt stepped out for a dinner date last night to celebrate a special milestone in their relationship. The couple, who tied the knot on April 14, completed one month of their marriage on Saturday. Alia Bhatt marked the occasion by sharing more pictures from their wedding festivities on Instagram, and later joined her husband for a date. Also Read| Alia Bhatt celebrates one month of marriage with Ranbir Kapoor, posts new romantic pics from wedding functions

Alia and Ranbir chose a restaurant owned by Karan Johar to celebrate the occasion. In a video shared by a paparazzo account, Alia and Ranbir were seen stepping out of the car outside Karan’s restaurant Neuma in Colaba. They were also wearing face masks as a precautionary measure against Covid-19. They did not pose for the paparazzi and went straight inside.

A video shared by another paparazzo account showed them heading out of the restaurant. Ranbir was also seen carrying a gift in his hand as he guided Alia to the car. Fans showered love on the couple with many saying they look great together.

A fan wrote, “Good looking gorgeous couple,” while another commented, “Alia and RK cutest Jodi.” One congratulated them for what appeared to be their ‘first dinner date after marriage.’ Meanwhile, others praised them for keeping it real and simple.

A fan wrote, “This is why l love this two so much you will never see them doing some unnecessary lovey dovey for media to show the media or their fans that they are in love. They are glowing.” Another commented, “They never do unnecessary drama in front of media … they are always so decent & real.” A third one wrote, “Ranlia is class.”

Alia and Ranbir got married at their Bandra home Vastu in presence of close family and friends. They later hosted some more friends at a reception party at their home. They were together for over five years before they tied the knot.

They started dating in 2017 when they worked together in Ayan Mukerji’s film Brahmastra. The film, which also stars Amitabh Bachchan and Mouni Roy, marks the first time Ranbir and Alia will be seen together on screen. The film is scheduled for release on September 9.