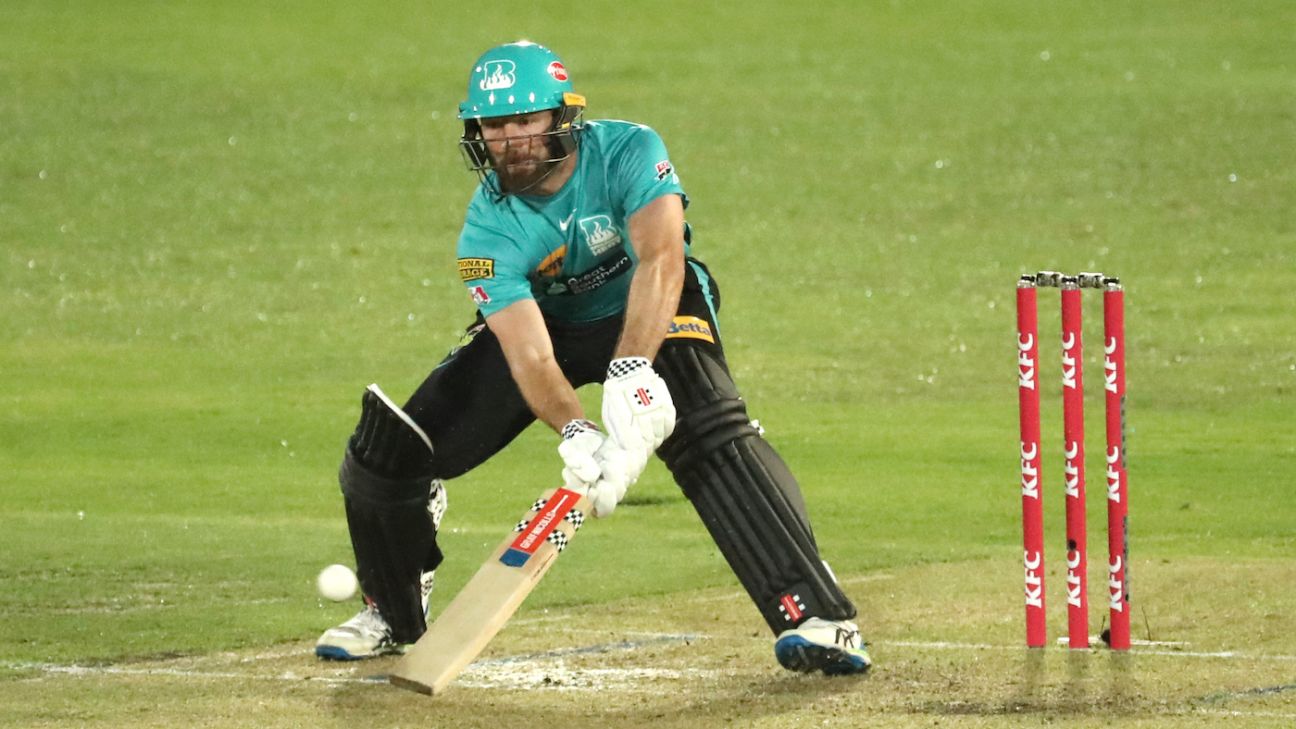 Rain prevented a run chase for Sydney Sixers after big-hitting cameos from Colin Munro at the start and Michael Neser at the end powered Brisbane Heat to 147 for 6 off 13 overs at North Sydney Oval.

Persistent drizzle before the game returned near the end of the Brisbane innings and did not stop in time to allow play to resume, even with a further reduction in overs.

The left hander belted six sixes in an explosive cameo, easily clearing the short boundaries of the ground as Heat bashed 29 off their two powerplay overs.

Heat plundered seven sixes before hitting their first four but their innings lost momentum, with six falling for 50 runs once Munro fell.

Neser (45 not out off 18) wrested back the initiative as rain fell again, hitting five fours and three sixes In a quickfire seventh-wicket stand of 56 with Nathan McSweeney.

Munro hit sixes off two of the first three balls of the innings off Ben Dwarshuis and then smacked legside sixes off successive balls in overs from Sean Abbott and Steve O’Keefe.

Veteran spinner O’Keefe, back after a hamstring injury, got Munro to glove a reverse sweep up to wicketkeeper Josh Philippe to bring his innings to an end.

Wickets then fell at regular intervals, with Sam Billings falling to Hayden Kerr, and O’Keefe adding the scalps of Jimmy Peirson and Josh Brown, the hero of last Sunday’s game between the two sides.

Each team takes a point from the first no result of the competition.