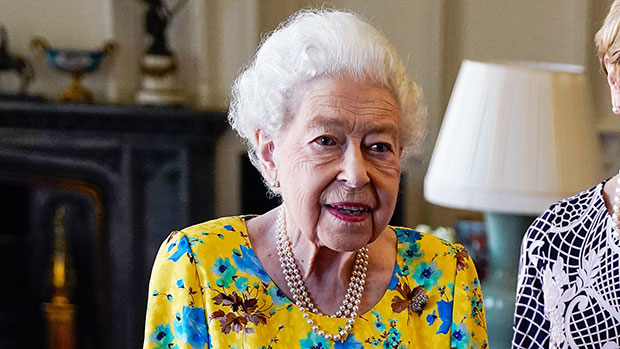 Queen Elizabeth is legendary for her timeless style sense. And after celebrating both her 96th birthday and her historically unprecedented seven decades on the throne, she saw fit to debut a fresh new do, in the time-honored tradition of turning over a new leaf. Windsor Castle released new photos on Wednesday, and her famous silver hair appears to be quite a bit shorter. In the photos, one of which was also posted to the royal family’s official Instagram account, the Queen wore a blue and yellow floral dress as she welcomed Governor of New South Wales Margaret Beazley to Windsor Castle.

The Queen smiled as she clasped hands with Margaret in the social media snap and wore a triple strand of luminous pearls around her neck, along with matching pearl stud earrings and a vibrant touch of bright pink lipstick. “The Queen today received Her Excellency the Honourable Margaret Beazley, Governor of New South Wales, Australia for an Audience at Windsor Castle,” read the June 22 caption. In another formal photo, the monarch and her guest posed side by side for photographers.

Fresh off the biggest celebration of her royal career, a few changes do seem appropriate. The Platinum Jubilee wasn’t just a major event marking her 70 years on the throne — it was also her first chance to meet her youngest great granddaughter, 1 year old Lilibet Windsor, after her parents Meghan Markle and Prince Harry officially renounced royal life in 2020. The meeting also marked the family’s, (which includes little Archie Windsor,) returned to the UK together after their famous rift with the royal family.

A source close to the Duke and Duchess of Sussex told HollywoodLife EXCLUSIVELY earlier in June that they were very happy with the meeting. “Their trip was a whirlwind and jam-packed from the moment they landed but it all went beautifully,” the source told us. “Their whole aim was to show the Queen their love and respect, and of course introducing her to Lili for the first time was a big highlight. Archie and Lili totally charmed her, getting to see her with them made the whole trip worth it.”