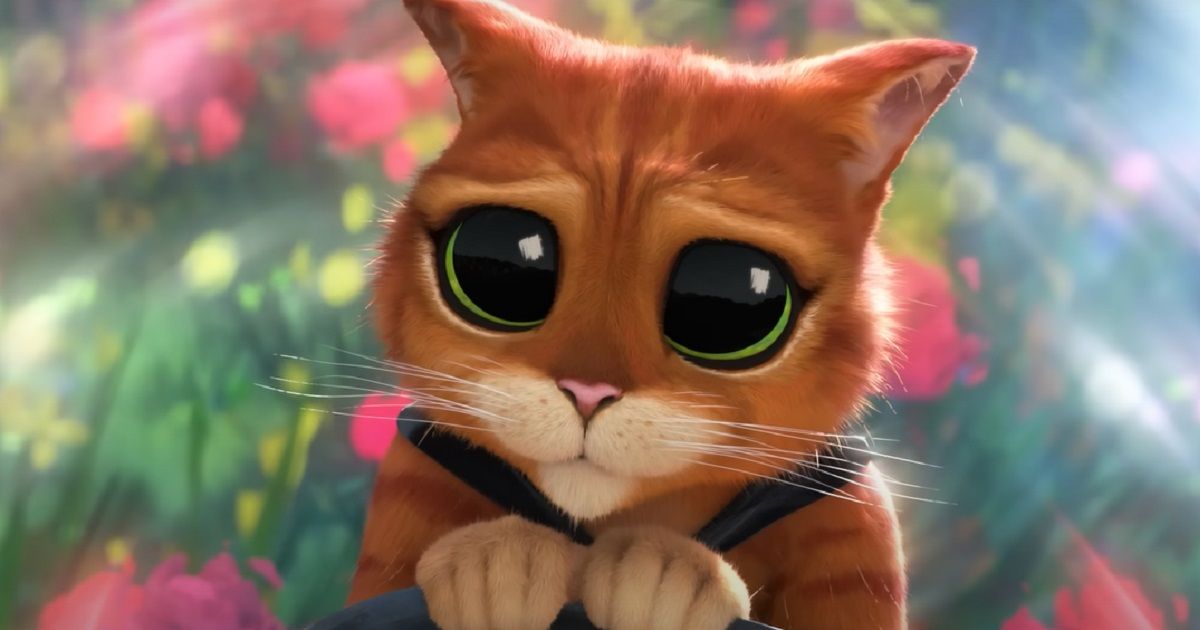 Everyone’s favorite leche-loving, swashbuckling, fear-defying feline returns in the latest trailer for Puss in Boots: The Last Wish. Released courtesy of Universal Pictures, the trailer transports audiences back to the Shrek universe for the first time in more than a decade, as DreamWorks Animation presents an all-new adventure for Antonio Banderas as the fan-favorite Puss in Boots.

Puss in Boots: The Last Wish finds the daring outlaw Puss in Boots discover that his passion for peril and disregard for safety have taken their toll. Puss has burned through eight of his nine lives, though he lost count along the way. Getting those lives back will send Puss in Boots on his grandest quest yet. And grand it will be in every possible way, as the animation used to depict the epic events of Puss in Boots: The Last Wish moves away from the likes of Shrek and instead remind us of Sony Pictures Animation’s Spider-Man: Into the Spider-Verse, with the images looking like a vibrant painting come to life.

Academy Award nominee Antonio Banderas returns as the voice of the notorious Puss in Boots as he embarks on an epic journey. When he learns that he has used eight of his nine lives, Puss and his friends set out on a journey to find the mythical Last Wish and restore the lives he has lost while also escaping new enemies who are trying to hunt him down.

Puss in Boots: The Last Wish Finds the Swashbuckling Feline Facing His Mortality

With only one life left, Puss will have to humble himself and ask for help from his former partner and nemesis: the captivating Kitty Soft Paws, played by Oscar nominee Salma Hayek. In their quest, Puss and Kitty will be aided—against their better judgment—by a ratty, chatty, relentlessly cheerful mutt, Perro (Harvey Guillén, What We Do in the Shadows). Together, our trio of heroes will have to stay one step ahead of Goldilocks (Oscar nominee Florence Pugh, Black Widow) and the Three Bears Crime Family, “Big” Jack Horner (Emmy winner John Mulaney, Big Mouth) and terrifying bounty hunter, The Big Bad Wolf (Wagner Moura, Narcos).

The long-awaited follow-up to the 2011 Academy Award-nominated blockbuster, The Last Wish is directed by Joel Crawford and produced by Mark Swift, the creative team behind DreamWorks Animation’s smash, The Croods: A New Age. The film’s executive producer is Illumination founder and CEO Chris Meledandri.

Director Joel Crawford has teased darker themes for Puss in Boots: The Last Wish saying, “There are darker tones in this. Puss is down to the last of his nine lives. He’s grappling with his mortality, his fear of death is the engine that drives the movie, and the Grimm fairy tales were a big inspiration [on that front].”

Puss in Boots: The Last Wish is scheduled to be theatrically released in the United States on December 21, 2022, by Universal Pictures.