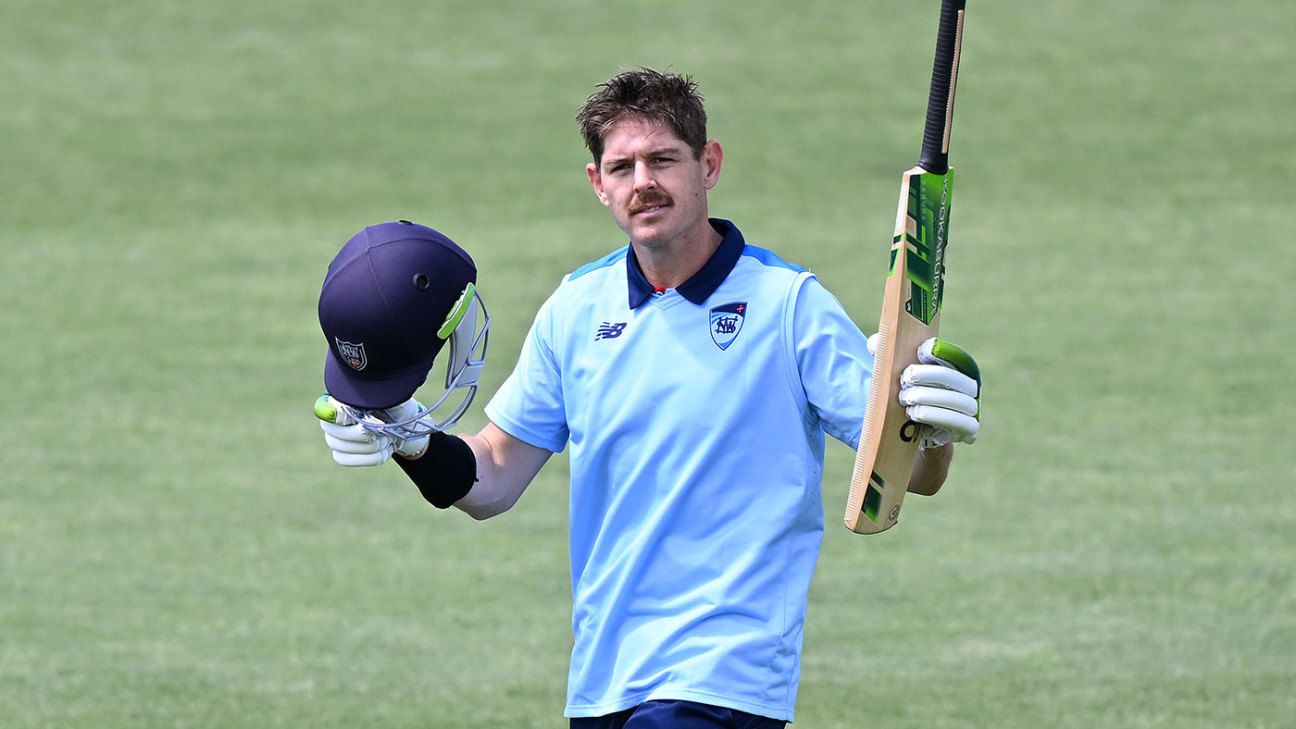 Daniel Hughes smacked yet another century before spinner Chris Green weaved his magic with the ball to lead New South Wales to a crushing 160-run win over Tasmania in the one-day clash at Blundstone Arena.

Just days after missing a Sheffield Shield clash due to Covid-19, Hughes scored 101 off 114 balls as the visitors reached 8 for 300 after being sent in to bat.

In reply, Tasmania were skittled for 140 in 28.1 overs, with Matthew Wade (42 off 49 balls) the only home batter to post a score of any substance. Green starred with the ball, finishing with figures of 4 for 20 off nine overs.

NSW entered the match yet to taste victory this season in either the one-day competition or the Sheffield Shield.

But the 207-run opening stand between Hughes and Kurtis Patterson (92) put the Blues on track to end the rut. Hughes has now posted three one-day centuries this season and he can consider himself unlucky to be overlooked for Australian selection following Aaron Finch’s retirement.

Thursday’s innings took his average to 67.8 for the past four seasons with only Shaun Marsh having more one-day domestic centuries – 10 to Hughes’s nine – of current players.

The left-hander was strong square of the wicket, cutting, pulling and pushing off the back foot whenever Tasmania dropped short.

Sitting pretty at 0 for 194 after 32 overs, the runs dried up slightly for NSW after Patterson picked out the man on the legside boundary while trying to pull Tom Rogers.

It kickstarted a collapse of 5 for 35 in the next six overs as Rogers, Nathan Ellis and Tom Andrew pulled back the Blues. Jason Sangha and Baxter Holt were the only remaining batters to pass 20, as NSW took just 63 runs from the last 10 overs.

Tasmania’s run chase started poorly with the home side crashing to 3 for 35. Wade sent a scare through the camp when he was struck on the side of the helmet by a Liam Hatcher bouncer. The veteran had raced to 21 off just 11 balls but struggled for fluency after being hit.

Wade even fell to the ground later that over while evading another Hatcher bouncer and he eventually holed out 10 overs later in the search for quick runs.

The bonus-point win lifted NSW (five points) off the bottom of the ladder, but they are still five points adrift of the third-placed Tasmania (10 points).