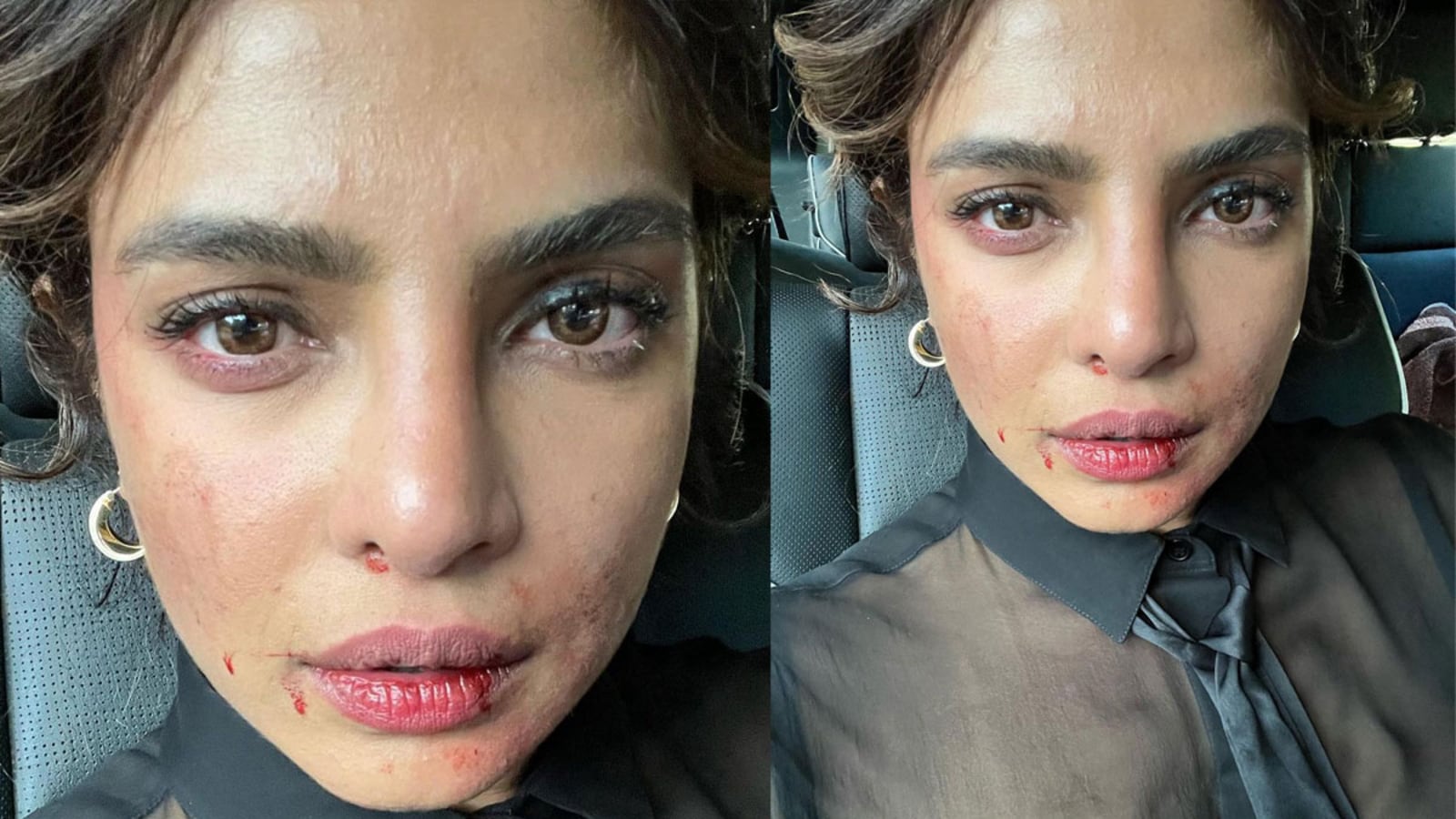 Priyanka Chopra left her fans worried for her health on Wednesday morning as she shared a picture of her bruised face. She is currently shooting for her debut web series Citadel. Sharing the picture, she asked her fans if they too were having a tough day at work. Her caption led some of her fans to believe the actor was actually hurt on sets, while some wondered if she was posing with makeup on. Also read: Priyanka Chopra wishes Nick Jonas good luck with a kiss before his match; Joe Jonas, Sophie Turner also cheer for him

Sharing the picture, Priyanka wrote on Instagram, “Did you have a tough day at work as well? #actorslife #citadel #adayinthelife @agbofilms @amazonstudios.” She is seen in a black top and a hint of blue eyeshadow. However, some blood marks can be seen on under her nose and on her lips and chin.

A concerned fan asked Priyanka in the comments section, “What happened are you ok.” One more fan asked, “Kya hua ye (what happened)?” A concerned fan wrote, “Take care of you …every day a new experience.” A fan still trying to figure out the truth, wrote, “Omg for a sec I thought you got hurt.” Many also expressed their excitement for the upcoming series.

Citadel is a science fiction series being created by the Russo brothers for Amazon Prime Video. It also stars Richard Madden.

Priyanka recently resumed the shooting for the show after welcoming daughter Malti Marie Chopra Jonas in January. She had finished an earlier London schedule in December last year. Even then, she had shared pictures of her bruised look. Calling it “intense”, she had written along with several pictures from the sets, “It’s a wrap on #Citadel. Phew.. a whole year of doing the most intense work during the most intense time. It could not have been possible without this incredible lot of people. Some you see here some you don’t. It’s been hard but when you all see it.. it will be worth it! Onwards and upwards.”

Priyanka also has Bollywood film Jee Le Zaraa, Hollywood films It’s All Coming Back To Me and Ending Things in pipeline.