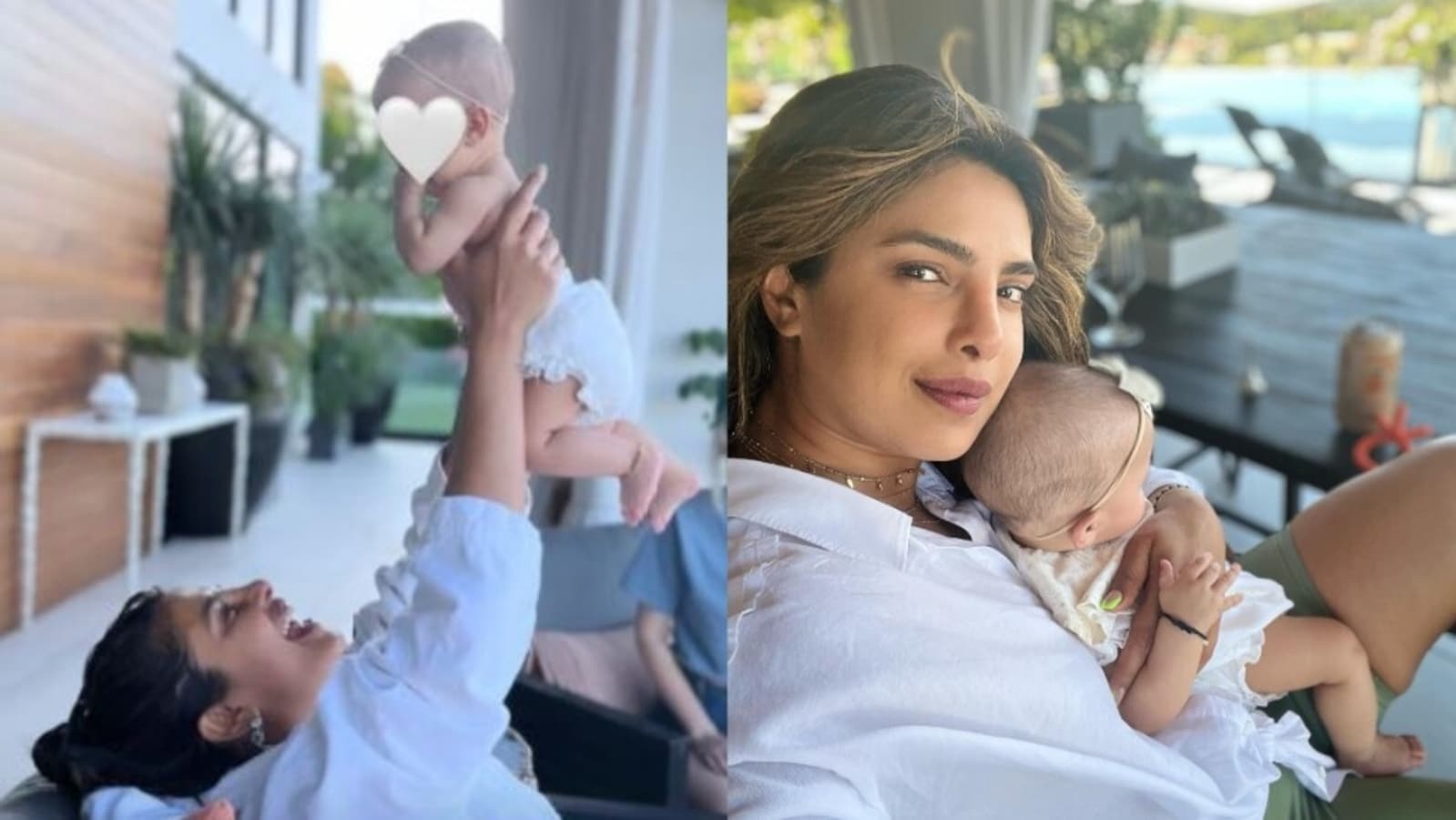 In the picture, Priyanka sat on a couch as she tilted backwards and lifted Malti Marie. Priyanka laughed as she held her baby. The mother-daughter duo were captured as they spent time outdoors. In the photo, Priyanka wore a white dress. She captioned the post, “My whole (red heart emoji)” and added a white heart emoji to cover Malti’s face.

Priyanka has been regularly sharing pictures of Malti Marie on Instagram. Recently, Priyanka also gave fans a glimpse of her weekend with Malti Marie. In the photo, Priyanka held her daughter as she embraced her while clicking a selfie.

Earlier, the actor shared an adorable video of Malti Marie, while the song Genda Phool from Delhi 6, featuring actors Sonam Kapoor and Abhishek Bachchan, played in the background. In the video, the baby enjoyed the music, as she kept nodding her head to the beats of the song. Priyanka captioned the post, “Saturday mornings be like…”

Priyanka and Nick married in a Christian and a Hindu ceremony in Jodhpur’s Umaid Bhawan Palace in December 2018. Later, the couple also hosted two receptions in Delhi and Mumbai. In January 2022, the two announced that they welcomed daughter Malti Marie via surrogacy.

Fans will see Priyanka in several projects such as It’s All Coming Back To Me as well as the series Citadel. Produced by Russo Brothers, Citadel will hit release on Prime Video. The upcoming sci-fi drama series is being directed by Patrick Morgan and stars Richard Madden alongside Priyanka. She also has Farhan Akhtar’s Jee Le Zaraa alongside Alia Bhatt and Katrina Kaif.