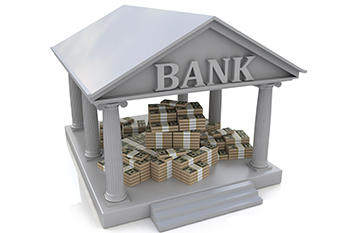 It is expected that the government is unlikely to complete the privatisation of two state-owned banks and one general insurer by end of this fiscal.

According to MoneyControl, the government now plans to privatise these companies in 2022-23, a top official said.

Further, the official said to the news agency that this process is about the privatisation of state-owned financial companies, a new territory in terms of policy and a reversal of bank nationalisation. Also, the finance minister has promised there will be no job losses as a result of privatisation. Framing the contours of the deal and finding a suitable buyer will take time.

Central Bank of India and Indian Overseas Bank are the two state-owned lenders that are likely to be shortlisted for privatisation.

While among the insurance companies, the report states that could be one among National Insurance, United India Insurance and Oriental Insurance.

In her budget speech in February, Finance Minister Nirmala Sitharaman said that the government plans to sell two public sector banks and launch an IPO of shares in Life Insurance Corp. of India in the fiscal year ending March 31, 2022. The sales are expected to make these state-owned companies more nimble and help the government raise funds to bridge its yawning fiscal gap, which worsened due to the drag from the COVID-19 pandemic.

Earlier this month, S&P Global Market Intelligence said that India will likely need to pump in additional capital into any state-owned banks it puts on the block to make them attractive for potential buyers and faces challenges that range from the need to amend the nation’s banking laws to hostile employee unions, analysts say.

“Selling stakes in these banks will be tough due to their weak financial performance and low equity valuations,” earlier said Nikita Anand, an analyst at S&P Global Ratings. She added, “The process to amend banking laws to facilitate stake sales and dealing with labour unions could be time-consuming.”

14 firms set to announce their Q1 earnings on July 31 – NTPC, IDFC First Bank, Sobha among others

Rolex Rings IPO becomes blockbuster, oversubscribed by a whopping 130.43 times driven by HNIs and institutional investors on the last day

Rupee ends lower by 13 paise against US Dollar

Colgate Chairman 80th AGM: Our goal is net-zero carbon emission in operations by 2040

The labor market is heating up as fewer people seek unemployment...

Wait, what? Milind Soman makes jaws drop as he nails a...