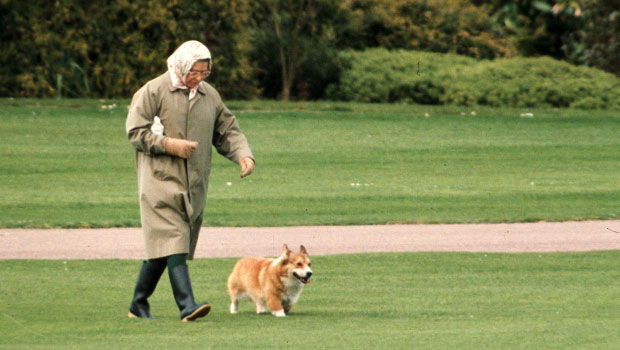 Prince William assured a well wisher that his grandmother Queen Elizabeth‘s beloved corgis are going to be “looked after.” The newly minted Prince of Wales, 40, shared the update on Saturday, Sept. 17 as he graciously greeted mourners who waited in line for hours at Westminster Palace to pay respects to the longest reigning British monarch in history. “I saw them the other day, that got me quite sad,” Prince William said per a Sky News video. “They are going to be looked after fine,” he added to the woman.

“They are two very friendly corgis so they’ve got a good home,” Prince William noted of four sweet dogs, who were regularly photographed with his grandmother. “They’ll be looked after very well, spoilt rotten I’m sure,” he also added. The woman appeared relieved with the update, responding, “I hope so.”

Queen Elizabeth was a known animal lover and had a particular soft spot for her dogs, including Pembroke Welsh corgis named Muick and Sandy, who were residents of Buckingham Palace. She was also photographed over the years with Willow, Vulcan, Candy (believed to be the oldest) and Holly, who helped her ring in her 90th birthday in 2016 at Windsor Castle. Notably, Willow was also featured alongside Her Majesty and Daniel Craig as James Bond during the opening sketch for the 2012 Olympic Games which were held in London.

Most recently, she welcomed a new dog Lissy in 2022, who is a cocker spaniel. Over her 70 year reign, she was known bred over 30 dogs — helping popularize corgis, who were not typically associated with the Royal Family. She also loved her “dorgis,” which are a corgi-dachshund cross.

Queen Elizabeth — who was born Elizabeth Alexandra Mary Windsor to Queen Elizabeth The Queen Mother and King George VI in 1926 — passed away at the age of 96 on September 8, 2022 at Balmoral Castle in Scotland. Just two days before her passing, the monarch was photographed standing and smiling as she greeted new Prime Minister Liz Truss. Queen Elizabeth’s body is currently laying in state for the public to pay respects ahead of a scheduled funeral on Monday, Sept. 19.