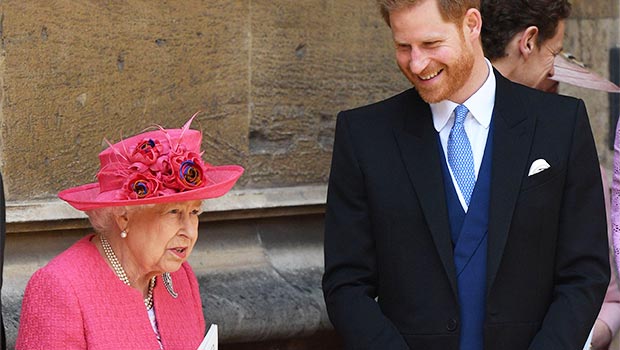 It’s been nearly four months since the tragic passing of Queen Elizabeth II, which occurred on Sept. 8, 2022. Now, the late British monarch’s grandson, Prince Harry, 38, is breaking his silence on the final words he uttered to the queen in his upcoming memoir, Spare. The proud father-of-two whispered to his grandma that he, “hoped she would be happy,” Page Six reported. He also reportedly told her that she would be resting with his grandfather, Prince Philip, who died in April 2021. Harry made sure to also share his admiration for the late 96-year-old during the somber moment.  He penned that he, “admired her for having fulfilled her duties until the very end.”

The 38-year-old continued to explain how he called his wife, Meghan Markle, 41, after arriving at Balmoral Castle “hours” after the queen had died on Sept. 8. As a result of his late arrival, Harry was unable to say his goodbyes to his grandmother prior to her passing, per Page Six. Following her death, Harry attended a 10-day mourning alongside Meghan and other members of the royal family last fall.

Harry’s excerpt regarding his final words to the queen come just one day after a separate excerpt from the bombshell memoir was released. In the first excerpt, Harry detailed an altercation that went down with his brother, Prince William, 40, in which the former senior royal claimed that William “knocked” him to the floor. After William allegedly called Megan “difficult,” “rude,” and “abrasive,” the two siblings got into an argument at Harry and his wife’s Nottingham Cottage residence, per the excerpt obtained by The Guardian.

“It all happened so fast. So very fast. He grabbed me by the collar, ripping my necklace, and … knocked me to the floor,” Harry penned. “I landed on the dog’s bowl, which cracked under my back, the pieces cutting into me. I lay there for a moment, dazed, then got to my feet and told him to get out.” The Duke of Sussex also noted that his older brother attempted to get him to physically react, but Harry refused. Later, the youngest child of the late Princess Diana, said William was seemingly “regretful” and “apologized.” Harry later told Meghan about the altercation after discussing it with his therapist first.

The upcoming memoir, Spare, is due out on Jan. 10, about one month after the royal couple’s tell-all documentary, Harry & Meghan, was released on Netflix. In the doc, the mom-of-two and her hubby told their love story for the first time, while also revealing shocking details about their previous life as senior royals. Harry and the Suits star got married on May 19, 2018, and have since welcomed two children together: Archie, 3, and Lilibet Diana, 1. They currently reside in Santa Barbara, California, after stepping back as senior members of the royal family in 2020.