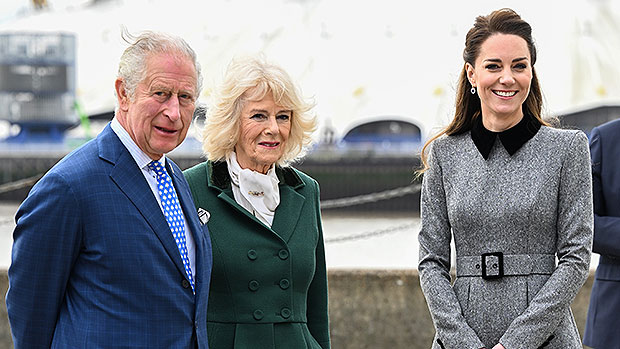 Prince Charles recently showed his affection for his daughter-in-law Kate Middleton in a heartwarming moment at The Service of Thanksgiving dinner held during the Platinum Jubilee.

Here it is ❤️ (by the way you can now follow me on TikTok!) https://t.co/AOjP75HHzp pic.twitter.com/phT2UebmLS

In the cute clip captured at the St. Paul’s Cathedral on June 3, the Prince of Wales and his wife, Camilla Parker-Bowles, the Duchess of Cornwall, were seen happily walking towards Kate and her husband Prince William. As they approached the couple more closely, Charles sweetly decided to put his lips to his hand and gesture it Kate’s direction, blowing her a kiss. His wife then immediately repeated the loving movement before the family stood next to each other and made what appeared to be pleasant chitchat.

“That’s sweet—Charles has just blow a little greetings kiss at Kate ahead of the #Royal procession at #StPaulsCathedral #PlatinumJubilee,” Tweeted journalist Camilla Tominey, associate editor of The Daily Telegraph who often covers The Royal Family.

At the same event earlier that day, Kate was seen looking effortlessly elegant in a soft yellow long sleeved dress with an A-line frame and cinched waist. She successfully accessorized the classy look with a large matching sunhat and pointed nude shoes. The loving exchange between her and her father-in-law took place during the 2022 Platinum Jubilee, a four day celebration meant to honor the reign of Queen Elizabeth, who has officially been England’s monarch for a whopping 70 years. Other major gatherings held during the event are Trooping the Color, The Derby at Epsom Downs, and the Platinum Jubilee Pageant. .

Despite Prince Charles’ friendly greeting to Kate during the Service of Thanksgiving gathering, he was not seeing extending the same gesture towards his other daughter-in-law, Meghan Markle and his younger son, Prince Harry. In fact, the seating arrangements were reportedly meticulously arranged to keep the Cambridges and the Sussexes apart while the ceremony took place, according to The Daily Mail.

Harry and Meghan traveled back to England with their two children, Archibald and Lilibet, for the high profile anniversary celebration. According to an EXCLUSIVE SOURCE for HollywoodLife, the couple was set to have the visitation be without conflict for Queen Elizabeth’s sake. “They’re determined to make this a wonderful and drama free trip home, with the focus being squarely on celebrating the Queen on this very special occasion,” the insider said.

Despite this wish, it was revealed that Harry and Meghan were not allowed to stand on the balcony with their family during the Trooping the Color ceremony. This is because the couple stepped down from their royal duties in 2020 and moved to California, citing poor treatment from the family.