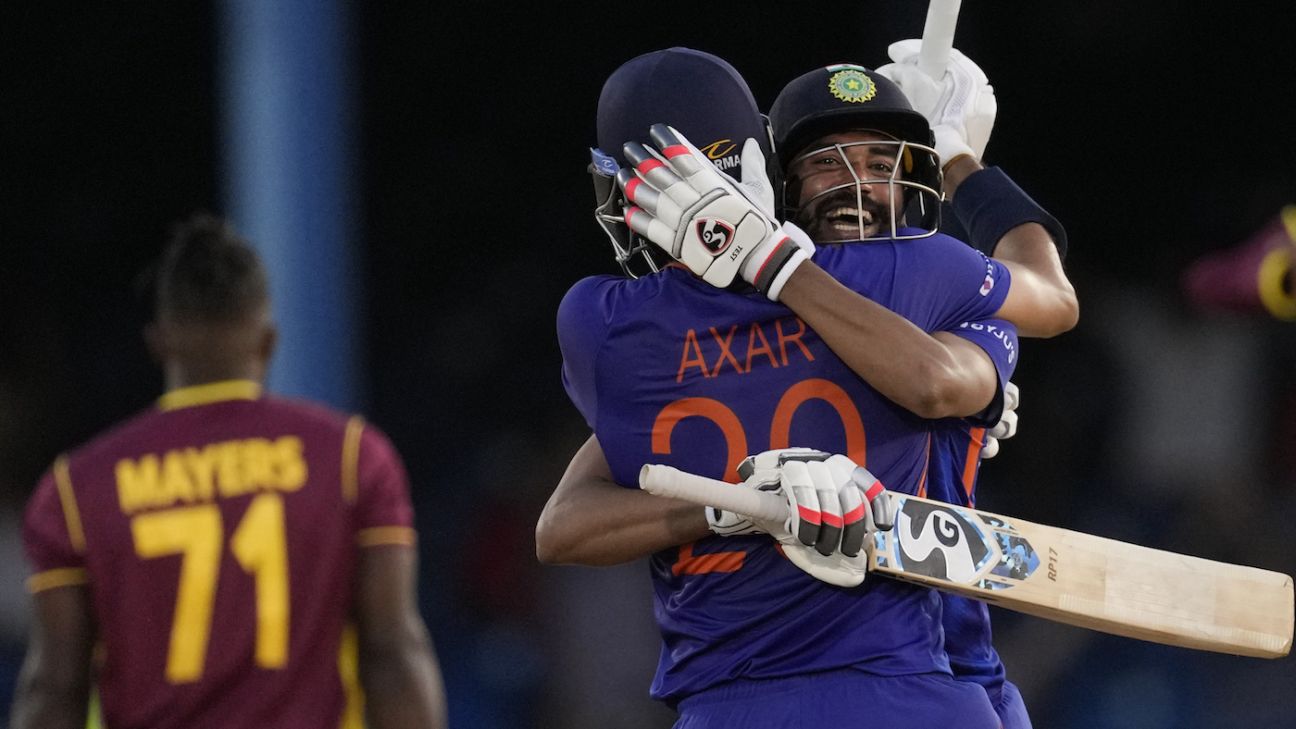 India captain Shikhar Dhawan won the toss in the third ODI and opted to bat first in what is a dead rubber in Port of Spain. India made one change from the side that won a close contest three days back, with Prasidh Krishna returning in place of Avesh Khan.

Both Avesh and Prasidh went wicketless in their respective appearances in the series: the former leaked 54 in six overs on his debut in the second ODI, while the latter went for 62 in ten overs in the first ODI. Meanwhile, allrounder Ravindra Jadeja was not available for selection as he is still not 100% fit after the knee injury he had sustained ahead of the series. The BCCI said that a medical team would continue to monitor his progress.

Dhawan’s counterpart Nicholas Pooran made three changes in a bid for a consolation win after losing two successive matches in tight finishes. West Indies brought in Jason Holder (who was out of the first two ODIs after testing positive for Covid-19), Keacy Carty and Keemo Paul in place of Alzarri Joseph, Rovman Powell and Romario Shepherd.

The hosts will be looking to break an eight-match losing streak in the format, having been beaten 3-0 in Pakistan in June, while also losing by the same margin to Bangladesh at home earlier in July.