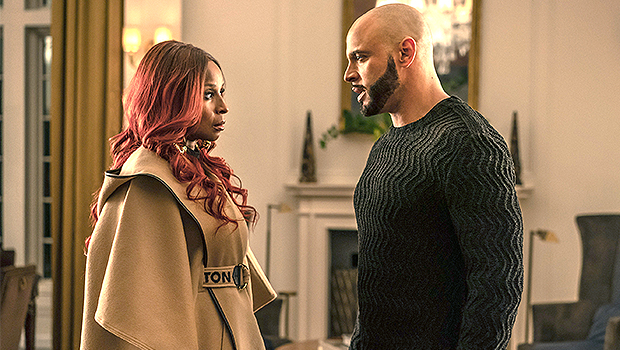 The world of ‘Ghost’ is about to get even more complicated with the addition of Mecca. HL spoke EXCLUSIVELY to ‘Power Book II’s Daniel Sunjata, Woody McClain, and Berto Colon about what to expect in season 2.

Power Book II: Ghost returns for season 2 on November 21. The chaotic and dangerous world of the STARZ series will be welcoming Mecca, played by Daniel Sunjata, into the fold. From the looks of the trailer, it appears Mecca might prove to be quite the adversary. HollywoodLife got EXCLUSIVE scoop from Daniel about what kind of adversary his character will be in season 2.

“An unpredictable one and not always necessarily adversarial,” Daniel told HollywoodLife during the show’s press junket. “It depends on what agenda he’s trying to massage. He can be friendly. Obviously can be very violent. I think the storyline of Mecca definitely throws a wrench into the world of Ghost and the choices he makes have reverberations for lots of the other characters.”

Cane will be working alongside Mecca, and Woody McClain admitted that Mecca will be a father-figure of sorts of Cane. “I feel like Cane sees Mecca do basically the same thing Cane can do,” Woody said. “But then he sees that Mecca has so much access to so much more, and I really think Cane is looking to Mecca to be that father figure that he doesn’t really have in his life right now because dad is in jail, so Mecca is like the closes thing to that. I think he sees that Mecca is kind of showing him a little bit of respect, so I think that’s all Cane wants. He just wants respect, and he’s getting that from Mecca.”

Mecca is able to step into that role for Cane because his father is still in prison. “I think the whole thing with Lorenzo is his ability to continue to exert his power, his force, his agenda, his intentions without being present,” Berto Colon teased. “You’ll see that that plot continues to thicken a bit, and it gets a lot more complex this year with the relationships with his wife and his kids and the world as he encounters it.”

The season 1 finale featured the jaw-dropping moment when Tariq killed Jabari in a park. Cane saw the whole thing go down, so we asked Woody what Cane is going to do with that information.

“I think by Cane knowing that he feels like he has a one-up on Tariq,” Woody said. “Now he feels like they’re on the same level, so I think he’s going to have a lot of fun with that. A lot of fun.” Power Book II: Ghost will air Sundays on STARZ.