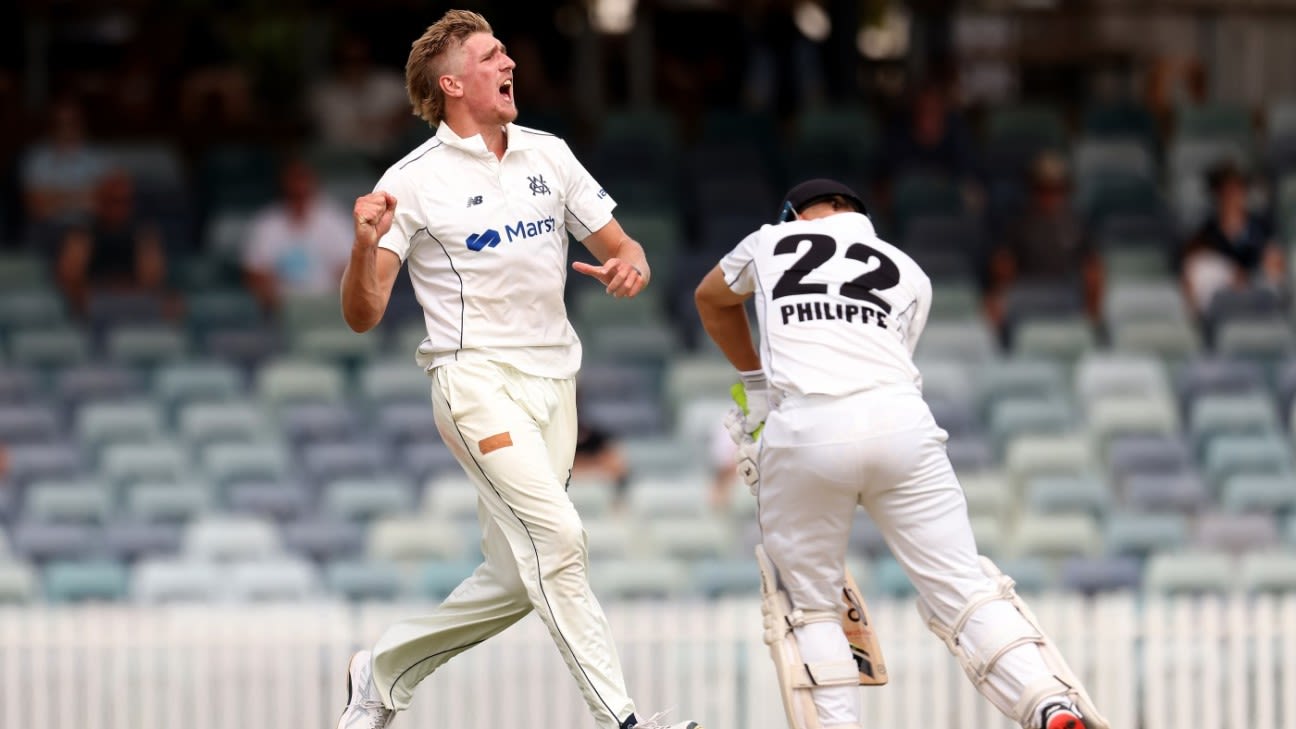 Victoria lost some of their fast-bowling depth with James Pattinson stepping away from his contract while Henry Thornton joined South Australia. Opener James Seymour lost his contract after losing his place in the side last season despite making a maiden Shield century against New South Wales on a difficult pitch at the MCG. Wicketkeeper Seb Gotch has also retired due to a severe finger injury that saw him miss all of last season. Sam Harper is the only specialist wicketkeeper on Victoria’s list although skipper Peter Handscomb does have a lot of keeping experience if required.
Last season

Victoria played the equal least number of games last year (seven in the home and away season) in the Covid-19 shortened season, won the equal most number of games (three) and had the fewest losses (one). But it wasn’t enough to claim the title. The final round of the season cost them hosting rights for the final after they folded for 114 and 172 at the WACA to be beaten by an innings inside three days. They had a chance to claim the crucial bonus-point lead on the first innings of the final at 233 for 3 needing to score just 45 runs more off 15 overs without loss. Had they done so they could have claimed the Shield title if the game finished in a draw. They instead lost 7 for 73. In WA’s second innings they had the hosts 110 for 5, leading by only 190, with plenty of time left in the game but failed to break a crucial partnership between Sam Whiteman and Aaron Hardie. There were some positives to come from the year. Handscomb returned to form as the Shield’s leading run-scorer (697 runs) while Nic Maddinson and Travis Dean also had excellent seasons. Scott Boland was outstanding again and the emergence of Will Sutherland and Mitch Perry with the ball are positive signs for the future after the retirement of Pattinson. Offspinner Todd Murphy also produced a stunning performance in his second game to earn a surprise call-up for Australia A’s tour of Sri Lanka.
Player to watch

Nearly every person associated with Australian cricket is eager to see the return of Will Pucovski this summer after a drama-filled 18 months following his Test debut. He did return to play in the Shield final but his concussion-related issues last summer saw him play only three Shield games. He had a positive tour of India with a select group of Australian youngsters that were sent to train at the MRF Academy in Chennai in August. He made 193 retired for Victoria’s 2nd XI against New South Wales’ 2nd XI last month. Run-scoring is never the issue for Pucovski. It will simply be a case of playing every game and remaining healthy across the entire season, something he has never managed as a professional cricketer.
Australia radar
Scott Boland remains firmly in the Test frame for Australia given the heavy workload that Pat Cummins, Josh Hazlewood and Mitchell Starc face this summer. He will almost certainly be included in the Test squads and will be the first cab off the rank if there is an injury. Marcus Harris remains in the selectors’ long-term plans, but the success of the David Warner-Usman Khawaja combination means he will need to keep piling up Shield runs to hold his position as the next opener in. The selectors will be patient with Pucovski but there will be hype around him if he starts the season well.
Peter Handscomb and Nic Maddinson remain in the Australia A frame. Handscomb in particular could well be considered for the Test tour of India in February. Glenn Maxwell is going to be a curious case. There will be a Sheffield Shield match on December 1 against New South Wales that he is set to be available for having not played Shield cricket since 2019. He nearly played Test cricket on the last tour of Sri Lanka and looks set to be picked for the India tour. It will be interesting to see how he is used by Victoria in that game should he play, given he has stated that he doesn’t need to play Shield cricket in order to prepare adequately for that tour.