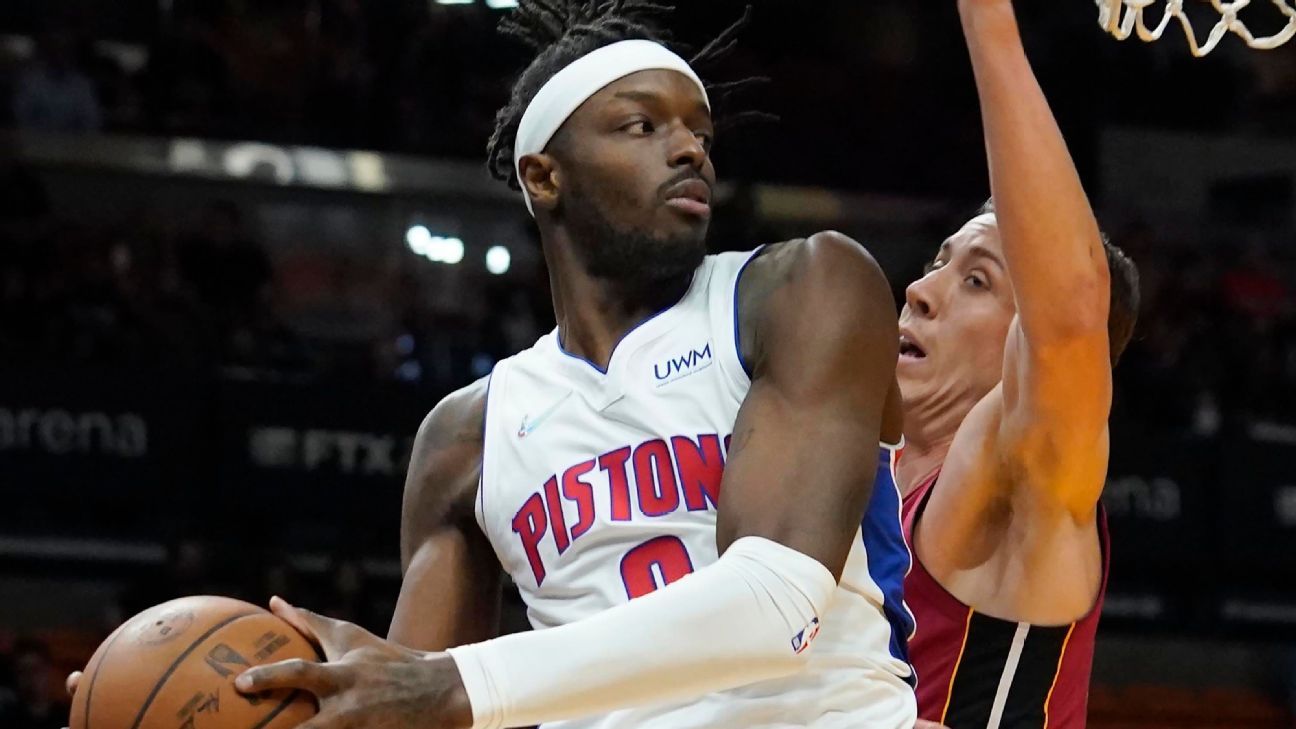 The Blazers have been pursuing Grant to pair with All-NBA guard Damian Lillard for over a year and now land him and absorb his $21 million salary using a trade exception, sources said.

The Milwaukee Bucks‘ pick is protected 1 through 4. The deal also includes Detroit acquiring Portland’s No. 36 pick in Thursday’s NBA draft for the Blazers at No. 46, as well as a 2025 second-round pick that Detroit had owed Portland, sources said. The Pistons also get a 2026 second-round pick from the Blazers, which will be the most favorable between Portland’s and the New Orleans Pelicans‘.

The deal delivers the Pistons $43 million in salary cap space for free agency, and gives them the fifth and 36th picks in Thursday’s draft.

New Blazers GM Joe Cronin has overhauled the Blazers roster, and now moves toward making his first draft pick at No. 7 on Thursday night.

Grant, 28, is eligible to sign a four-year, $112 million extension beginning in December. He’s entering the final year of his contract.