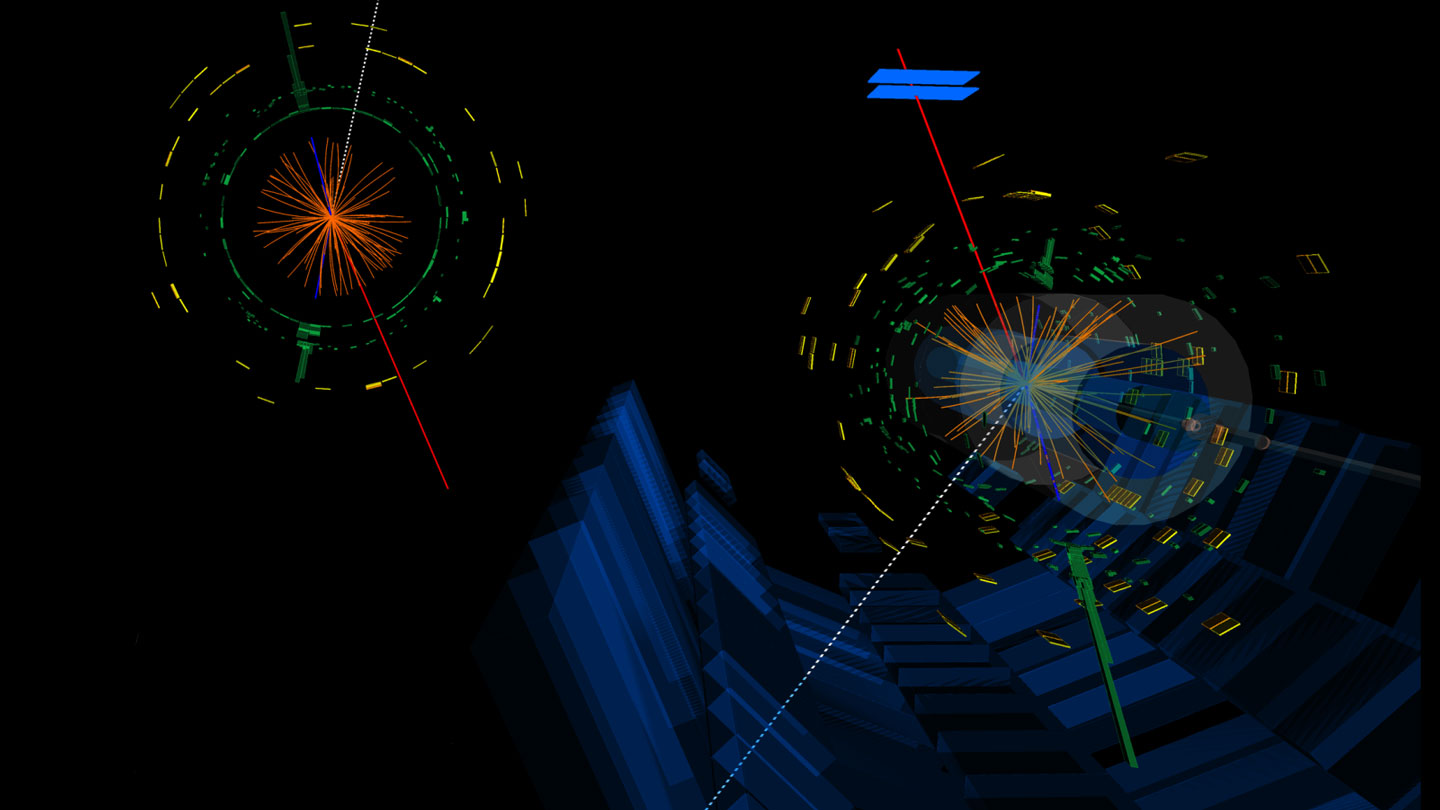 The letters “www” are typically followed by a “dot” — but not in this experiment.

Around 270 WWW events, trios of particles called W bosons, appeared in an experiment at the world’s largest particle collider, researchers report in the Aug. 5 Physical Review Letters. By measuring how often W boson triplets appear in such experiments, physicists can check their foundational theory of particle physics — the standard model — for any cracks.

To produce the rare boson triplets, scientists smashed protons together at the ATLAS experiment at the Large Hadron Collider, or LHC, near Geneva. W bosons are particles that transmit the weak force, which is responsible for certain types of radioactive decay. The particles are mysterious: In April, researchers with the now-concluded CDF experiment at Fermilab in Batavia, Ill., reported that the W boson was more massive than predicted, hinting that something may be amiss with the standard model (SN: 4/7/22).

In the new study, the probability of a WWW appearance was slightly higher than predicted by the standard model, the team found, though not enough for scientists to declare the theory flawed. “We need to accumulate more data to see how this evolves,” says ATLAS spokesperson and physicist Andreas Hoecker of CERN, the particle physics lab that is the home of the LHC.

The WWW discovery is fitting — in 1989, computer scientist Tim Berners-Lee invented the World Wide Web while working at CERN.

Climate change could turn some blue lakes to green or brown

Clouds on ancient Mars? Here’s the scientist who re-created them

This chemist breaks boundaries to make new and better catalysts

How one neutrino physicist hunts for new and hidden particles

How one scientist seeks to untangle the evolution of human hair

This biochemist aims to create a universal coronavirus vaccine