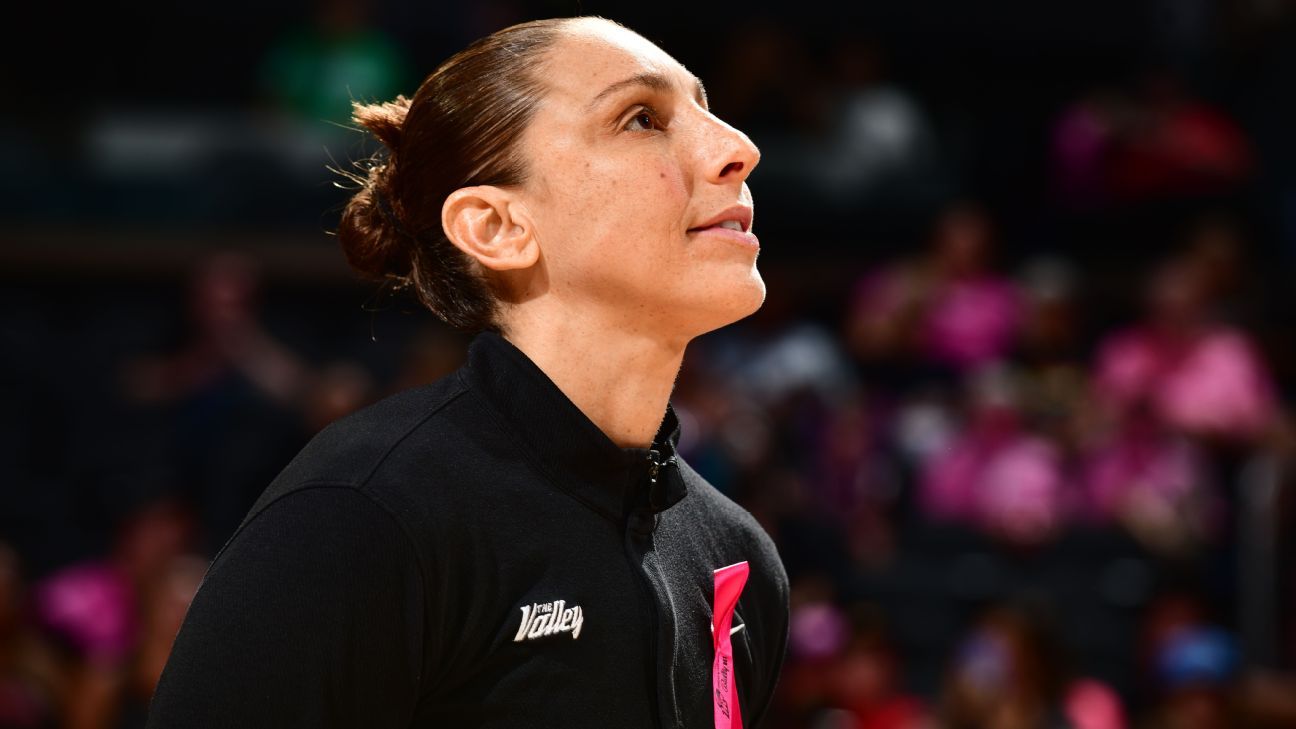 Diana Taurasi, a three-time WNBA champion and the league’s all-time leading scorer, will miss the remainder of the regular season with a quad strain, the Phoenix Mercury announced Monday, as the team fights to clinch a playoff berth in the final week.

Regarding the possibility of Taurasi returning for a potential playoff run, a Mercury spokesperson said, “She is out for the remainder of the regular season and will provide more info if/when we do make the playoffs.”

The team also said Taurasi would be made available to media sometime this week.

Yvonne “Vonnie” Turner has been signed to a hardship contract to fill Taurasi’s roster spot.

Taurasi’s 16.7 points and 3.9 assists per game were second-best on the squad behind Skylar Diggins-Smith’s 19.7 and 5.5. The former three-time UConn champion and five-time Olympic gold medalist last played on Aug. 2, where she suffered the injury playing 11 minutes in a loss to Connecticut.

Taurasi had been initially listed as “questionable” heading into the Mercury’s two most recent games, with head coach Vanessa Nygaard indicating before Saturday’s game against the Liberty that Taurasi was being evaluated that day to see if she would be able to take the floor.

Phoenix is one of six teams fighting for three unclaimed playoffs spots. Though the Mercury would have secured the eighth and final playoff spot had the regular season ended Tuesday, the Liberty are just a half game behind them, while the Lynx and Sparks are both one game back, with seven days remaining in the regular season.

ESPN’s BPI gave the Mercury a 67.5% chance of making the playoffs — second-best of the six teams in the hunt — before the news of Taurasi’s season-ending injury. Phoenix has three games left in the regular season, all home contests: Wednesday versus the Lynx, Friday against the Wings and Sunday against the defending champion Sky.

The Mercury — who parted ways with former head coach Sandy Brondello in the offseason following a Finals appearance — have had a rollercoaster year. Perennial All-Star Brittney Griner has been detained in Russia for bringing cannabis into the country and last week was sentenced to nine years in prison. Former WNBA MVP Tina Charles — a free agent acquisition this past offseason — took a buyout in late June, ultimately signing with the Storm in hopes of winning a championship with them.

Other players have missed time due to injury at various other points this season, with Kia Nurse not having yet taken the floor after tearing her ACL in last season’s playoffs. On Saturday, both Taurasi and Diggins-Smith missed the must-win game against the Liberty where the Mercury ultimately pulled off a 76-62 upset.

Taurasi, who just turned 40 in June, had struggled this season — particularly in comparison to her play historically — both with her shooting efficiency and on the defensive end. But she has proven to be one of the most clutch players in the postseason in WNBA history, most recently helping propel the fifth-seeded Mercury to the Finals last season after dealing with sternum, ankle and foot injuries over the course of the summer. She is one of three players to record 500 points, 100 rebounds and 100 assists this season, along with Sabrina Ionescu and teammate Diggins-Smith, and in July became the first WNBA player with a 30-point game at age 40 or older.

Though she said before the season that she “plan[s] on playing for a while,” Taurasi is set to become a free agent following this season. She has played her entire career in Phoenix since being drafted there in 2004.