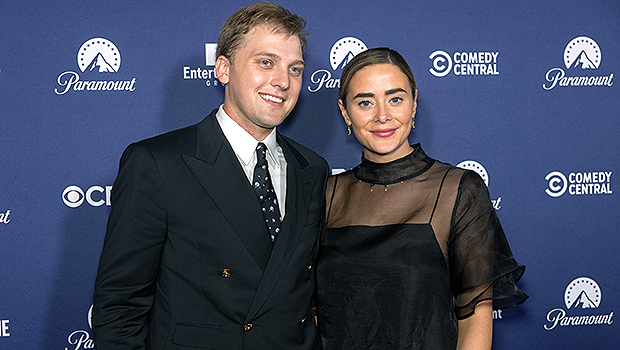 President Joe Biden’s eldest niece Naomi Biden is going to be part of a very elite club when she gets married at her grandfather’s current residence of 1600 Pennsylvania Avenue over the weekend. The 28-year-old daughter of Hunter Biden and Kathleen Buhle will be tying the knot with fiancé Peter Neal at the White House, making history as only the 19th couple to be married at America’s most famous address.

“Peter and I are endlessly grateful to my Nana and Pop for the opportunity to celebrate our wedding at the White House,” Naomi wrote on Twitter in April 2022. “We can’t wait to make our commitment to one another official and for what lies ahead.” The post came after the original wedding announcement on September 2021, which included a photo of the White House. “Sooo not sure how best to update but was supposed to do so weeks ago…but we have finally figured out where the ceremony will be,” Naomi tweeted, “And much to the relief of secret service and with the dogs’ endorsement…we’ll be getting married on the South Lawn! Couldn’t be more excited.”

The last wedding that took place there was in 2013, when President Barack Obama’s official White House photographer, Pete Souza, said “I do.” Before that, Jenna Bush got hitched there in 2008.

Now that the couple know where they will be exchanging vows, let’s take a close look at the man who stole the President’s granddaughter’s heart. Keep reading to find out more on Peter, below.

On May 16, 2022, Peter, 25, took home his law degree from the University of Pennsylvania after Naomi hung hers from Colombia Law School on the wall. He also earned a bachelor’s degree in political communications from George Washington University, according to his LinkedIn.

Paul has been active in politics, much like his future bride. He interned for the Hillary Clinton campaign and at the White House while President Obama and Naomi’s grandfather were in office, according to Guestofaguest.

Peter & Naomi Were Set Up By A Mutual Friend

According to the White House, per People, the couple met in New York City after being set up on a date by a mutual friend in 2018. Clearly, it was love at first sight as Peter and Naomi have been inseparable ever since, according to her Instagram.

He Proposed Using Part Of His Grandmother’s Engagement Ring

The White House said that Peter proposed to Naomi in September 2021 near his childhood home in Jackson Hole, Wyoming, per People. The ring he gave Naomi included the band of his grandmother’s engagement ring.

Peter Is A Phone Call Away From The Commander-In-Chief

During the final night of the 2020 Democratic National Convention, Naomi said in an interview with PBS News Hour that her grandfather Joe calls the grandkids every day. “He’ll pick up our calls no matter where he is,” she said. “He’ll be onstage, giving a speech, and we’d call him and he’d be like, ‘What’s wrong?!’”

“We’ve grown up together,” she added. “He’s made sure that every single tradition, every holiday, we’re all together … I don’t think there’s been any decision, no matter how big or small, that we haven’t decided as a family.”