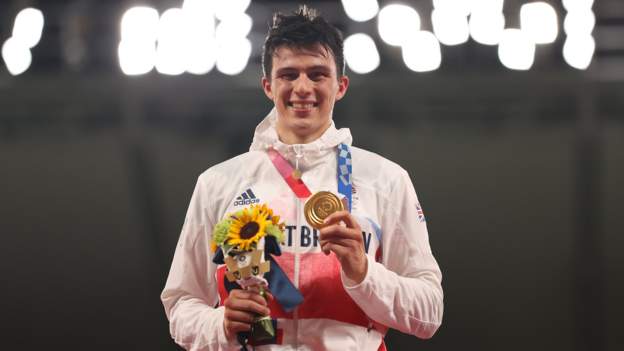 Britain’s Olympic champion Joe Choong says he will quit modern pentathlon if show jumping is replaced with obstacle course racing as one of the events.

Modern pentathlon is currently made up of fencing, swimming, show jumping and a combined running and shooting event.

Show jumping was removed by the sport’s international governing body, the UIPM, after a German coach was seen striking a horse at the Tokyo Olympics.

The UIPM then proposed to replace the discipline with obstacle racing.

National federations will vote on whether to replace show jumping on Friday, with support from at least two-thirds of them needed to make the switch.

“If the fifth discipline of obstacles goes through and the leadership stays the same, I will walk away from the sport,” Choong told the BBC.

“I don’t believe the leadership is capable and it’s not an acceptable way to manage a sport.”

Show jumping will remain one of the five events for the 2024 Olympics in Paris, but modern pentathlon is not currently listed to be included in the 2028 Games in Los Angeles.

Obstacle course racing was selected from 61 suggestions to replace show jumping during a consultation in October 2021. Climbing, javelin, long jump, orienteering and cyclo-cross were also considered.

Obstacle course racing has been tested in four countries throughout this year, with organisers saying there was an 88% satisfaction rating from participants.

It is the only sport that has been tested as an alternative to show jumping, which the UIPM said is because of time constraints.

“We are looking for the future, we are proud about the past, but never forget: change or you will be changed,” he said.

“That is our vision, Los Angeles 2028, Brisbane 2032 and ongoing Olympic Games, I’m very much convinced that we have to change.”

Alex Watson, a modern pentathlete who competed at three Olympic Games for Australia, has put himself forward to replace Schormann as president.

“The sport is in chaos and it can’t continue, the responsibility lies clearly with the UIPM leadership,” he said.

Athletes from USA Pentathlon have also opposed the proposed changes.

GB gymnasts can ‘smash it’ in Paris – Tulloch

‘Breaking means I express myself through music’

Concussion, pregnancy & the mother of all comebacks