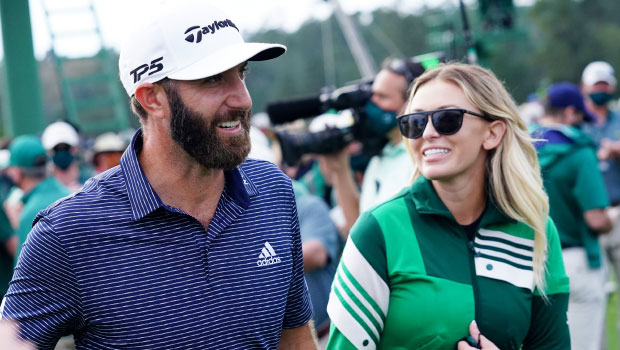 Paulina Gretzky, 33, and Dustin Johnson, 37, are glowing in new marital bliss! The daughter of Wayne Gretzky and the professional golfer tied the knot on April 23 after a long engagement and are feeling “a sense of renewal” and a sense of giddiness as they enjoy finally being husband and wife. “Even though Paulina and Dustin have been together for years, there is definitely a feeling of a sense of renewal in their relationship since getting married,” a source EXCLUSIVELY told HollywoodLife. “They’ve always had such a close, loving bond but since making things really official, they are like giddy schoolkids again.”

“They can’t keep their eyes or hands off each other,” the source continued. “Paulina didn’t think she could love Dustin any more than she already did. And while she’s still getting used to calling him her ‘husband’ she couldn’t imagine sharing her life with anybody else. They can’t believe they waited so long because the wedding was everything they could’ve imagined and more.”

Paulina and Dustin became spouses when they exchanged vows at a resort in Walland, Tennessee called The Wellhouse at Blackberry Farm, which is about three hours out of Nashville, according to People. The couple confirmed their marriage with gorgeous photos and videos from their big day on social media. The bride wore a stunning sheer and sparkly sleeveless gown and the groom wore a classic tux. Dustin called the wedding event an “amazing weekend with friends and family” in his caption for the snapshots.

Before they got hitched, Paulina and Dustin, who share sons Tatum, 7, and River, 4, got engaged way back in 2013. They first met in 2009 but didn’t start dating until years later and have been inseparable ever since. Paulina opened up about how quickly they fell in love, during an interview on the Pillows and Beer podcast in May 2021.

“I fell in love with someone so fast and we had the best thing that ever happened to us, happen so quickly,” she explained on the show. “The most important thing was my kids, Dustin and my career. Those things took precedence. Those things had to be established. So, after he won the Masters [in 2020], I said let’s do it, this makes sense.”