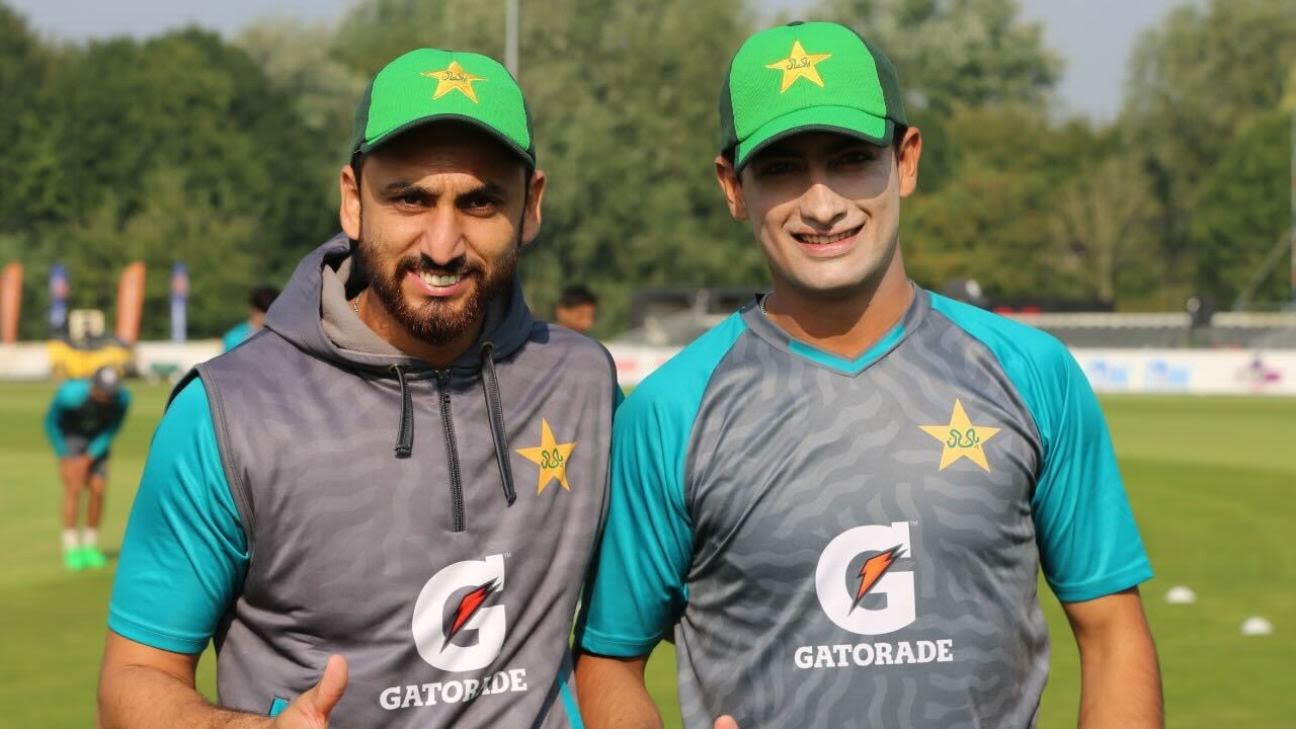 Pakistan have won the toss and opted to bat first in the first ODI of the three-match World Cup Super League series against Netherlands in Rotterdam. Pakistan captain Babar Azam called right and chose to set a target on what appears a quick surface, where the ball should come on nicely and big scores could be the order of the day.
Agha Salman, the batter who recently played two Tests in Sri Lanka, and Naseem Shah, the quick bowler, were handed debuts by Pakistan. They have a three-man pace attack of Haris Rauf, Naseem and Mohammad Wasim, with Shadab Khan and Mohammad Nawaz the main spinners.
Netherlands are being captained by Scott Edwards, following the retirement of Pieter Seelaar. Edwards acknowledged he, too, would have batted first had he won the toss. Wesley Barresi, recalled to the side for this tour, starts his first game for the Netherlands since 2019.