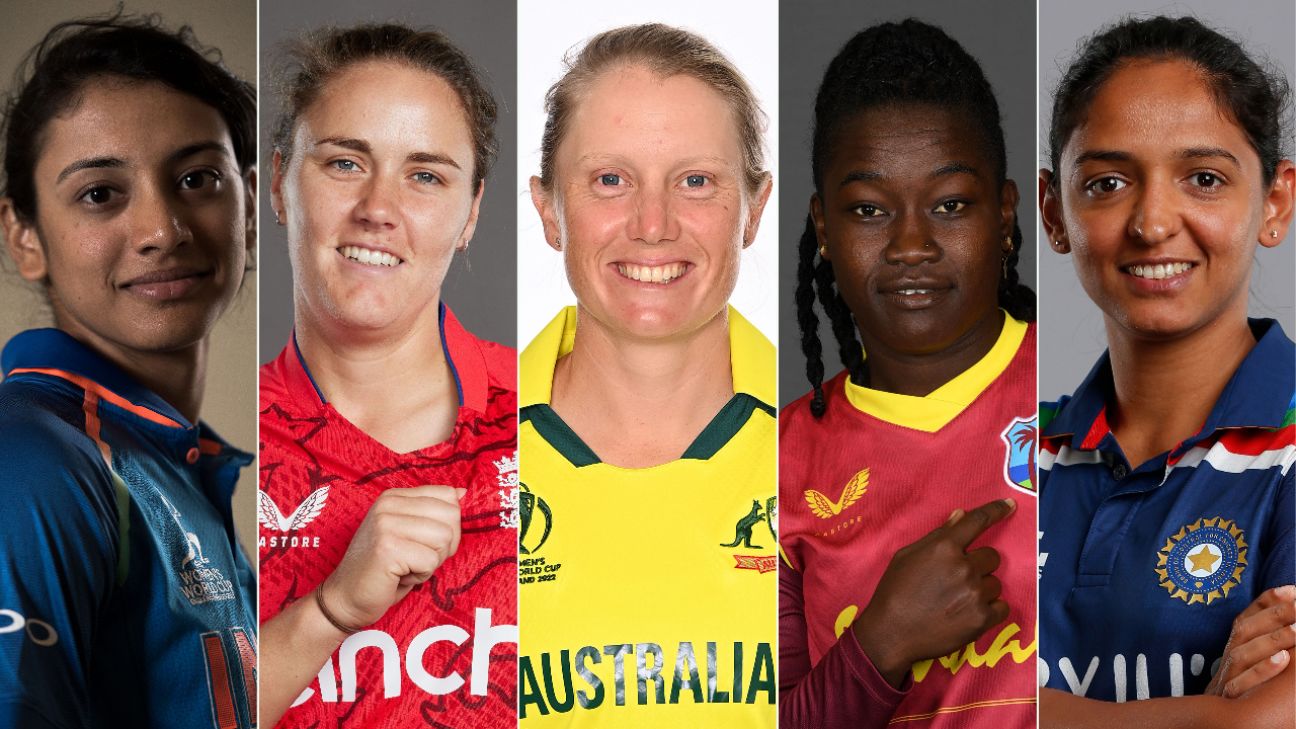 The owners of men’s IPL teams Mumbai Indians, Delhi Capitals and Royal Challengers Bangalore, as well as the Adani Group and Capri Global, have won bids to own the five women’s IPL teams at the auction ahead of the inaugural edition to be played in March this year. The tournament will be known as the Women’s Premier League (WPL), and the teams will be based in Mumbai, Delhi, Bengaluru, Ahmedabad and Lucknow respectively.

Arun Dhumal, the chairman of the IPL, said that finalising the schedule and itinerary for the first season of the WPL was “a work in progress”. A player auction is also to be held, details of which are yet to be released.

The BCCI recently earned a big sum from the sale of the women’s IPL media rights, which were bagged by Viacom 18 for INR 951 crore (USD 116.7 million approx.) for a five-year period between 2023 and 2027. Under the revenue sharing model, the women’s IPL will distribute 80% of the media rights money to the five franchises in the first five years. This is significant – as was seen in the men’s IPL – in offsetting a major part of the franchises’ operational costs.

A total of 16 entities took part in the franchise auction on Wednesday after 17 entities were understood to have submitted their bids.

The BCCI was understandably elated at the way the auction went. While secretary Jay Shah called it “another red-letter day”, Dhumal called it “a landmark day” for both the BCCI and the IPL brand.

In 2008, the BCCI had fetched USD 723.59 million for selling the first set of eight men’s IPL teams. Looking at the conversion rate at the time, the IPL deal was worth approximately INR 28943.6 crore. Accounting for the current inflation rate, Dhumal said the WPL valuation was “bigger” than that of the men’s IPL in terms of the money derived from the sale of the teams.

Shah pointed out that WPL was the “second highest valued” league in cricket after the men’s IPL. While Shah did not explain the basis of his assertion, he was likely combining the franchise sale money with the media rights valuation.

“The responsibility lies on our shoulders to see to it that the faith that has been deposed on BCCI, we work extra hard to make sure that this Women’s Premier League turns out to be at par with men’s league, if not better,” Dhumal said. “We take it as a challenge and we will leave no stone unturned to make sure that what we are successful in achieving for WPL what we have done for IPL.”

Dhumal said that now, after the teams have been bought, the BCCI would start work on finalising the tournament schedule before finalising the venues for the inaugural season.

“With regard to (the venues for the) first season, we are still talking. That is work in progress,” he said, adding that the BCCI was hoping for the WPL to start soon after the women’s T20 World Cup, which will be played in South Africa between February 10 and 26. The BCCI also wants the WPL to end around a week before the start of the men’s IPL, likely on April 1, top keep the venues fresh. “We will have to see logistical challenges involved in case it (WPL) has to be multi-city value or single city value,” Dhumal said.

Shah said that the players’ auction date was not final, but suggested the first week of February as the likely time for it. The WPL has finalised a salary cap of INR 12 crore for the first season.

BCCI hopes for ‘most competitive and most loved’ event

The BCCI was confident of selling the five WPL teams for good money despite not setting a base price, unlike in 2008 when the eight men’s IPL teams were sold.

“We already sold the (WPL) media rights and they (franchises) would do their calculations,” Shah said. “We were pretty confident that we don’t need any minimum price.”

Dhumal explained that the market dictated the valuations. “It is not our job to value or create. Out of five successful bidders, four are existing partners in BCCI,” he said. “They have seen and grown with us in the last 15 years. So they are the best guys to evaluate. Our job is to make sure the tournament comes out to be most competitive and most loved and engaging for the fans.”

“This is a historic moment for Indian cricket, and we are delighted to be a part of it,” Nita Ambani, co-owner of Mumbai Indians, said in a statement. “India’s women cricketers have always made the nation proud in the global sporting arena – be it the World Cup, Asian Cup or the recent Commonwealth Games. This new Women’s League will once again shine a global spotlight on the talent, power, and potential of our girls.

“I’m sure our Women’s MI team will take the Mumbai Indians brand of fearless and entertaining cricket to a new level altogether,” co-owner Akash Ambani added. “As we bring the MI experience and best practices into the women’s game, we look forward to seeing our women’s team excel and inspire future generations of female athletes.”

Prathmesh Mishra, chairman of RCB, explained that the group had avoided bidding for teams at the men’s ILT20 and SA20 leagues to focus energies on the WPL. “We held back all our investments in overseas teams to own a team that aligns with this philosophy and core value, and it gives us immense pleasure to have marked this accomplishment positively.”

Rajesh V Menon, RCB’s vice-president, said, “We have been following women leagues very closely and our scouting team has set their eyes on women cricketers for some time now, as part of RCB Hinterland scouting system, and it gives us immense joy to see it all coming together for a team that sets to play for the inaugural edition of women’s IPL in the country.”

Shah used the opportunity to stress that the BCCI’s decision to pay the women the same match fees as the men had played a role in the standard of the women’s game going up.

“Right now aap ko malum hain women empowerment ka zamana hain,” he said. “So I think people are very keen to invest on women. Out of this, we will get good girls out of districts, cities and states (to increase the talent pool).”

With corporates willing to spend on women’s cricket and crowds – as witnessed during the recent white-ball series between India and Australia in Mumbai – willing to come out in big numbers, the BCCI expects the WPL to grow fast.

“Over the years, the Indian team has played some fantastic cricket – at the Commonwealth Games they did well,” BCCI president Roger Binny pointed out. “They have done well throughout. I am very surprised seeing the standard of the game improve in the last five years because you know we didn’t expect that from Indian women.

“The game has taken off so much and now with the WPL coming in, that could take the players even further. Like what happened in the men’s section, the game really took off and game improved so much. The same thing is going to happen in women’s cricket.”