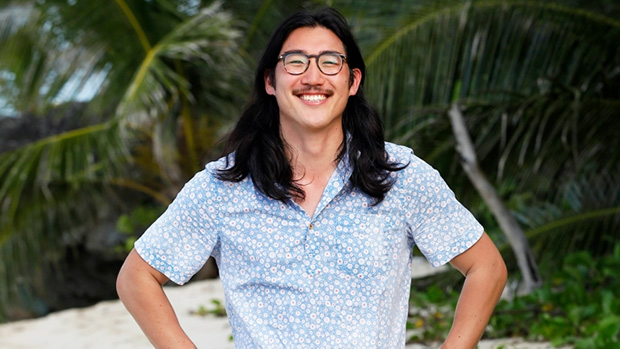 Owen Knight is on the outside of the majority alliance that formed after the merge on Survivor 43. The 30-year-old was targeted for elimination on the Nov. 9 episode, before he won the Immunity Challenge. Owen, Noelle Lambert, and Mike Gabler are up against the seven-person alliance heading into the next episode, where a major twist will shake things up. The final ten will be split into two groups, and will go to Tribal Council separately, and each vote someone out. That could mean good news for Owen. Or, this twist could merely seal his fate.

Keep reading to find out more about Owen, including his hometown, his occupation, and his lifelong dream to be on Survivor.

Owen currently resides in New Orleans, Louisiana, which is where he attended college. He graduated from Tulane University in 2014 from the A.B. Freeman School of Business. He got his Master’s Degree from Tulane in 2018, according to his LinkedIn. While he calls NOLA home, Owen actually grew up in Maryland.

2. He works in college admissions.

Owen is a fitness coach at the gym Orange Theory in New Orleans. In October, Owen proudly revealed that he rode 3.43 miles in 22 min, which was a personal record. Owen announced the exciting news on Instagram and told his followers to “never stop improving.”

Owen got engaged to his girlfriend Sammy Stevens on September 10. Owen shared photos from the proposal a week later, alongside a sweet message about Sammy.

“One week ago, I asked my best friend to marry me, and she said ‘hell yes!’ he wrote on Instagram. “Sammy, I can’t wait for a lifetime of more laughs and adventures with you! Every day together is a gift, whether we are exploring a new city, sharing great food, or snuggling up watching reality TV. I want it all. I love you!” Owen added.

Owen revealed to Parade that he watched Survivor as a kid, but then he got busy and didn’t keep up with the show. That all changed in September 2016 when he watched the premiere of Survivor: Millenials Vs. Gen X on a plane. “I was like, ‘Oh my god, Survivor’s still on. It’s so good,’ ” he said in the interview. “I have this new appreciation for it getting to fall in love with it again as an adult and really appreciating how complex of a game it is.”