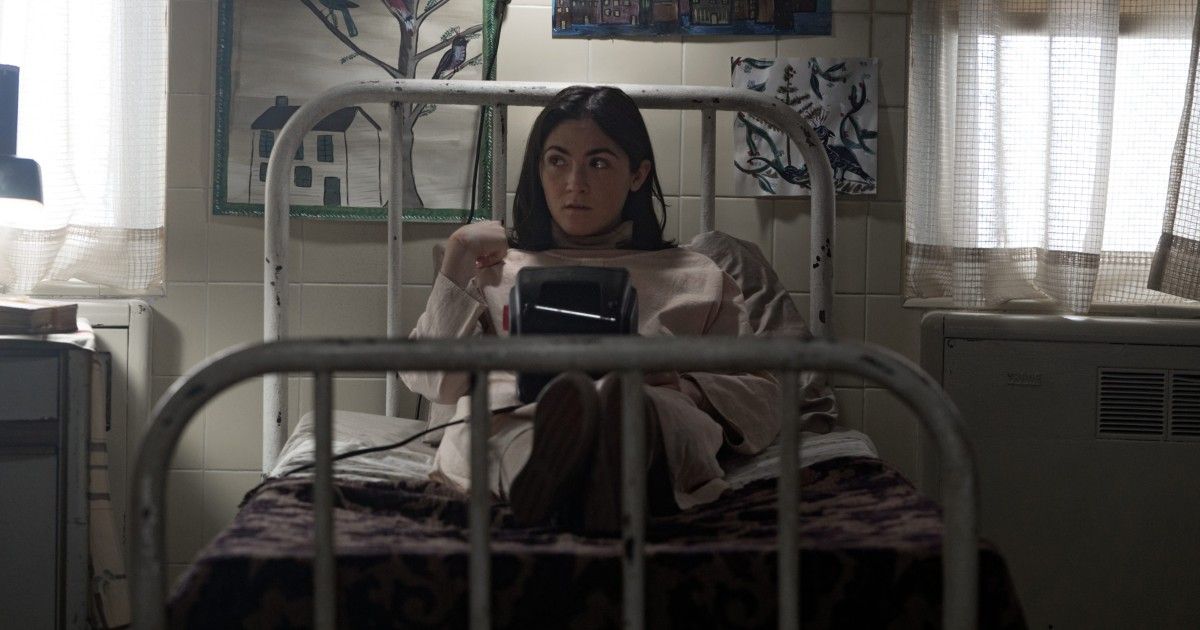 The trailer for one of the most anticipated horror films of the year is finally available to dissect. Orphan: First Kill, the sequel-prequel to the 2009 film Orphan, is hitting theaters and Paramount+ simultaneously on August 19, 2022. Isabelle Fuhrman returns as Leena Klammer/Esther, the woman now known for posing as a child in America. She stars alongside Julia Stiles as Tricia Albright and Rossif Sutherland as Allen Albright.

The film is officially a prequel, showing how Esther escaped from the Estonian psychiatric facility she called home and made it to America under the guise of being a family’s missing daughter. Orphan did give viewers some details about this, but we should get more of the story as we watch it happen. How long will Esther be able to fool her new family? Who will be the one to unravel the mystery first?

Orphan: First Kill has been anticipated for some time. After confirmation that the film was actually happening by Deadline in 2020, with filming starting and finishing later that year, fans have been eagerly waiting for a release date. At one point, the rumor mill said the film was going to be released on January 28, 2022, though this was debunked. With the release date confirmed and a trailer ready for everyone’s eyes, let’s break down what can be taken away from it.

It should come as no surprise that the trailer features Esther conducting a variety of unsavory activities. She’s first on the screen behind a piano during the reunion with her “family.” While she seems to integrate into their lives at first, the first crack appears when Esther slaps her mother Tricia’s hand away as she reaches for her shoulder. While she apologizes, it’s clear that action is only the beginning of what’s to come.

Viewers can watch as Esther removes a rat from the air vent in her room, paints the iconic blacklight paintings that were introduced in the original film, and listen in as the therapist her family took her to tells Tricia that Esther’s session “felt like a performance.” Her actions continue to escalate, including slapping her brother, putting powder into her mother’s drink, and hitting someone that looks a lot like her brother over the head on the stairs. It even looks like she is dumping a body down a well.

The trailer ends with Esther walking through the home as it’s on fire, with no other signs of life. If the trailer gave us anything, it’s that the known liar has always been as violent as she was in the first film.

“Something Is Going On With Esther”

Tricia Albright starts the trailer strong, looking concerned that the detective who handled her daughter’s disappearance has reappeared in their life. Her concern quickly turns to relief when she realizes her family is complete again. However, Tricia seems to catch on that something isn’t right with her daughter after the hand incident, questioning if Esther is who they all think she is.

She seems concerned with what her daughter may be going through, with her voiceover commenting she “think[s] something is going on with Esther” and that her “behavior has been so erratic.” Tricia spies on her daughter, getting caught watching Esther sketch because the brother isn’t convinced about how far his sister’s art skills came when she was away.

As the trailer comes to a close, Tricia is convinced there is something not right and discusses protecting her family “no matter what.”

The Detective Makes a Revelation

Donnan, played by Hiro Kanagawa, is peppered throughout the trailer, coming up when you least expect him. At the beginning of the trailer, he is letting the family know that they’ve found their missing daughter, Esther, though, from the look on Tricia’s face, she almost certainly believes he’s there to deliver bad news. His work seems to be done after Esther is reconnected with her family. He can mark the case as closed, right?

Related: Orphan: First Kill: Plot, Cast, and Everything Else We Know

Wrong. The trailer depicts the detective growing suspicious of Esther, and he decides to investigate who she really is. He is seen taking photos of her, which Esther seems to know is happening, with a basic point-and-shoot digital camera. He compares some photos in a database, though it isn’t clear who the woman with blood spatter on her face is. When he runs her fingerprints in a database, it comes up that the current Esther’s prints don’t match the prints collected on the Esther that went missing. As this revelation is made, the camera pans to show Donnan’s face, and there is a figure in the background that looks quite a bit like the new Esther, who can see the computer screen showing the negative result.

The trailer gives a great look at what fans can expect. It looks like information from the first film, like Esther’s strange obsession with the man of the household and her painting skills, are built upon in the new film, while more of her history is shared. Stiles promises the audiences will love the twist in the film. She claims she couldn’t put the script down, so hopefully, that is good news for Orphan fans everywhere.