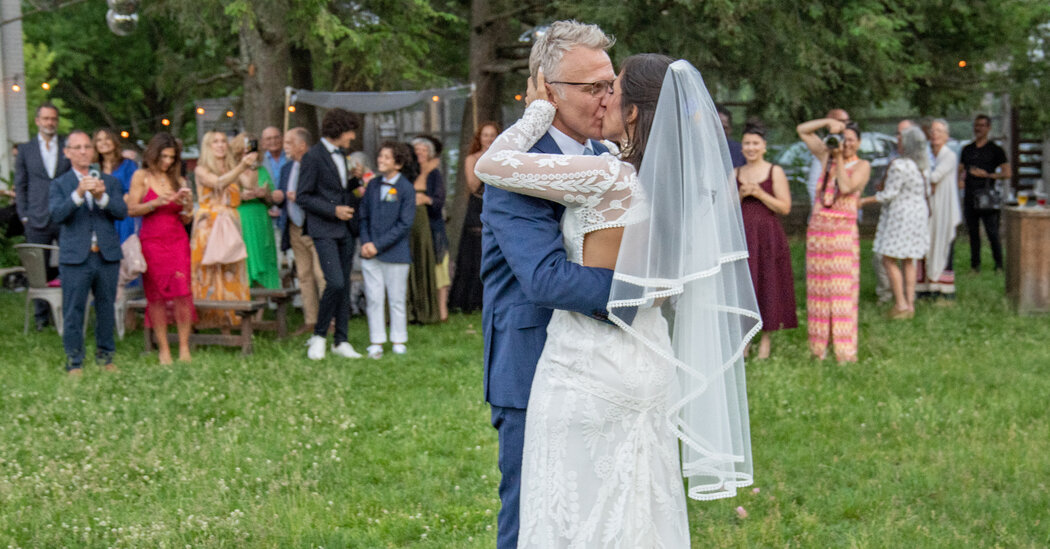 She worked with a teacher from the center to better understand her past relationships, warts and all. Afterward, “I decided that, unless it was a relationship where there’s a higher purpose and benefits to the world, I didn’t want to engage in it,” said Ms. Saraf, who grew up in Israel and Switzerland before moving to this country in 2004.

By the time she met Mr. Serpico, who spent his formative years in Malvern, Pa., he had soured on casual romance, too. Also a parent — his son, Calvin, is 25 and his daughter, Stella, is 18 — his previous 17-year marriage ended in divorce in 2014. Sporadic attempts at dating that followed were without success. “Basically, I was wanting to move to a cabin in the woods with my dogs,” Mr. Serpico said. “Kadia changed all that for me.”

Their first date, in late August 2021, took place about a month after they became acquainted on the “SVU” set. Mr. Serpico, then living in Beacon, N.Y., was in Manhattan taping the show and took a subway from the hotel he stays at while filming to meet Ms. Saraf at the Latin restaurant Matiz, in Forest Hills. There, the pair’s discussion about their children, pasts and careers left him even more captivated.

“I was fascinated and inspired by her,” Mr. Serpico said. “I remember telling my son later, ‘This woman is out of my league.’”

It wasn’t the first time that he had wrestled with feelings of inadequacy. Early in his career, Mr. Serpico was led to believe that acting professionally might be out of his league, too. In 1984, he was cut from Boston University’s acting program. “They said I wasn’t emotionally available, which is funny because I’m kind of an emotional actor,” he said.

Why Does My Grandson Think I Should Pay Him for Missing Our Family Vacation?

Checking Out the Crowd

Joining a Theater Club Set the Stage for Romance

Would You Go Back to the Office for an Eames Chair?

A Gothic Rock Cottage Fit for a Bat Out of Hell

Near Castle Ruins, a Wedding with a Dash of ‘Game of Thrones’

A Stranger Filmed Her on the Train. TikTok Users Decided She Had Monkeypox.