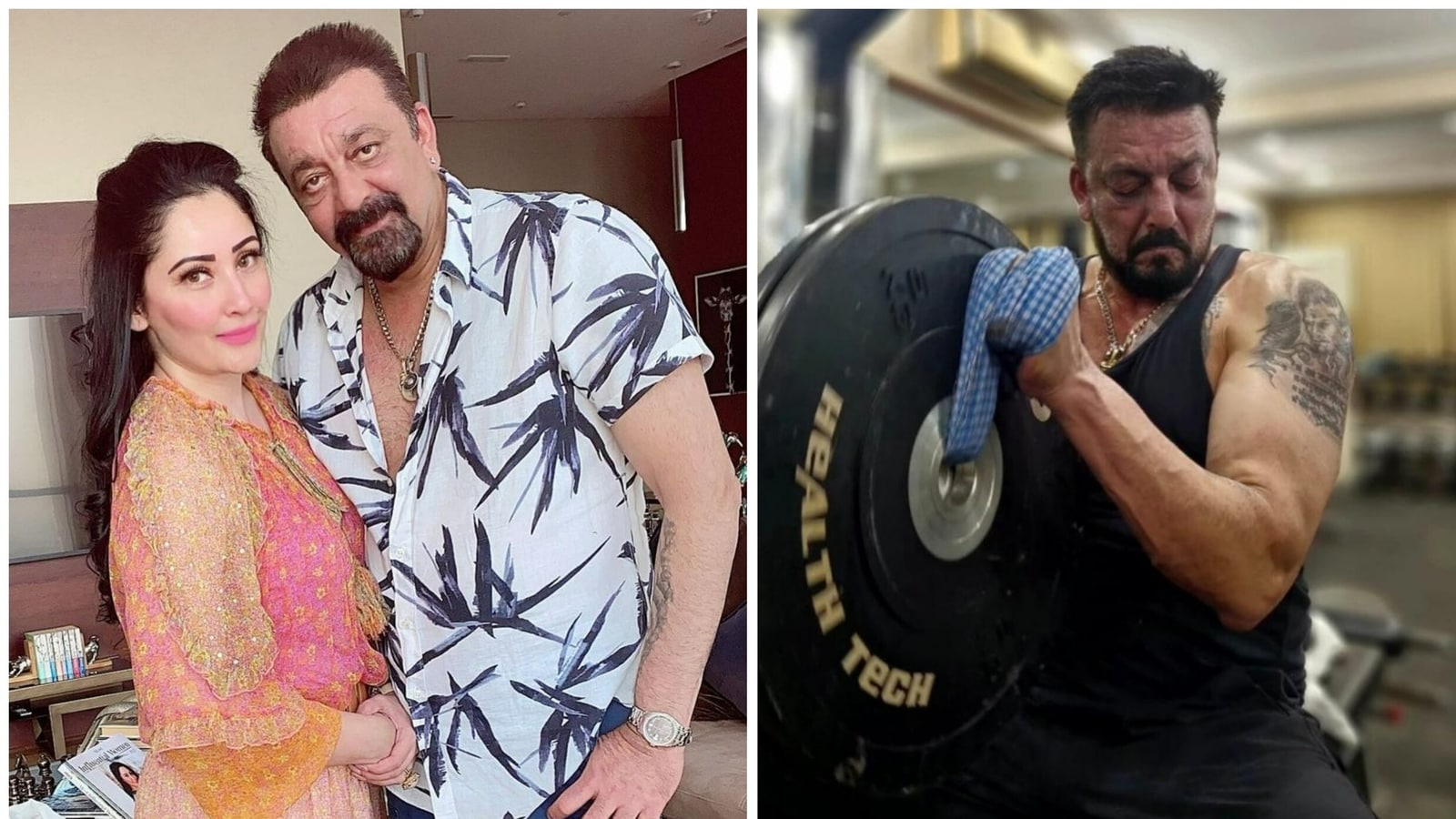 Sanjay Dutt celebrated his 63rd birthday on Friday. The actor was recently seen in the film Shamshera, in which he plays the role of the antagonist. Wishing him on his birthday, wife Maanayata Dutt shared an inspiring picture of the actor from his workout along with a touching note. Also read: Sanjay Dutt writes long note on Ranbir Kapoor getting ‘hate’ for Shamshera

Ajay Devgn too wished Sanjay on Twitter. Sharing a throwback picture of the two of them together, He wrote, “Many Happy Returns of the day Sanju. Have a great one. Lots of love.”

Sanjay’s latest release Shamshera is currently running in theatres. It stars Ranbir Kapoor in a dual role and Sanjay as a ruthless jailer named Shuddh Singh. The film did not perform well at at the box office. Sanjay took to Twitter to defend the film against all criticism and shared a note about how it will find its audience one day. Sanjay was battling lung cancer during the making of the film.

He wrote, “Shamshera will find its tribe someday but until it does, I stand resolute with the film, the memories we created, the bond we shared, the laughs we had, the hardships we went through. It’s a movie made up of blood, sweat, and tears. It’s a dream that we brought on screen. Movies are made for the audience to relish. And every movie finds its viewers, sooner or later. Shamshera found a lot of people hating on it; some of the hate came from people who didn’t even watch it. I find it horrible that people don’t respect the hard work we all put in.”